The last time that Harry E. Black served in city government he was known as “the mayor’s pit bull” and was the center of political dog fights.

Today the former chief financial officer for Richmond, Va. – picked as Baltimore’s new director of finance by Mayor Stephanie Rawlings-Blake – was introduced to the City Council as a green-eyeshades number cruncher well-versed in municipal bond transactions.

That dull description hardly fits with Black’s varied career and his sometimes volatile personality that included an attempt to evict the Richmond school board from its offices and frequent brawls with the Richmond City Council.

“Why is it that you feel everything has to be a fight?” he was once asked by a resident.

In brief remarks today, Black said he learned a lot from the drama of his Richmond years. “Could a lot of these tensions have been dealt with differently? Probably so,” he said.

“A lot of staff, including myself, got caught in the middle” of tension created when the city shifted from a city manager form of government to a “strong mayor” system, he said.

Among other things, Black will have to tackle upcoming efforts to balance Baltimore’s budget, with its estimated $52 million shortfall, as he replaces Edward Gallagher, who is retiring after 29 years at City Hall.

The new finance director said he would concentrate on meeting the “administration’s goals and objectives in balancing the budget and making certain the city is able to perform the way it’s expected.”

Born in Jersey City, N.J., Black moved to Baltimore with his family when he was one year old. He was raised in lower Park Heights and became a track star at Dunbar High School, where he graduated in 1981.

“It’s rough, real rough” growing up in Baltimore, he told a Richmond website. “You couldn’t make any mistakes. There was no safety net. There was no opportunity for a re-do. So it forced me to develop an intensity of focus.”

That intensity perhaps explains his hopscotching among 11 jobs from the time he graduated from the University of Virginia in 1985 to becoming a top aide for then-Mayor L. Douglas Wilder of Richmond in 2005.

He started off at the Port Authority of New York and New Jersey as a government affairs assistant, then worked for New York City Transit Authority and the New York Mayor’s Office of Contracts.

Although he had no formal education in finance (his undergraduate and masters degrees were in public administration), Black transitioned into the world of finance at his next job as assistant director of investments for the New York State Insurance Fund. 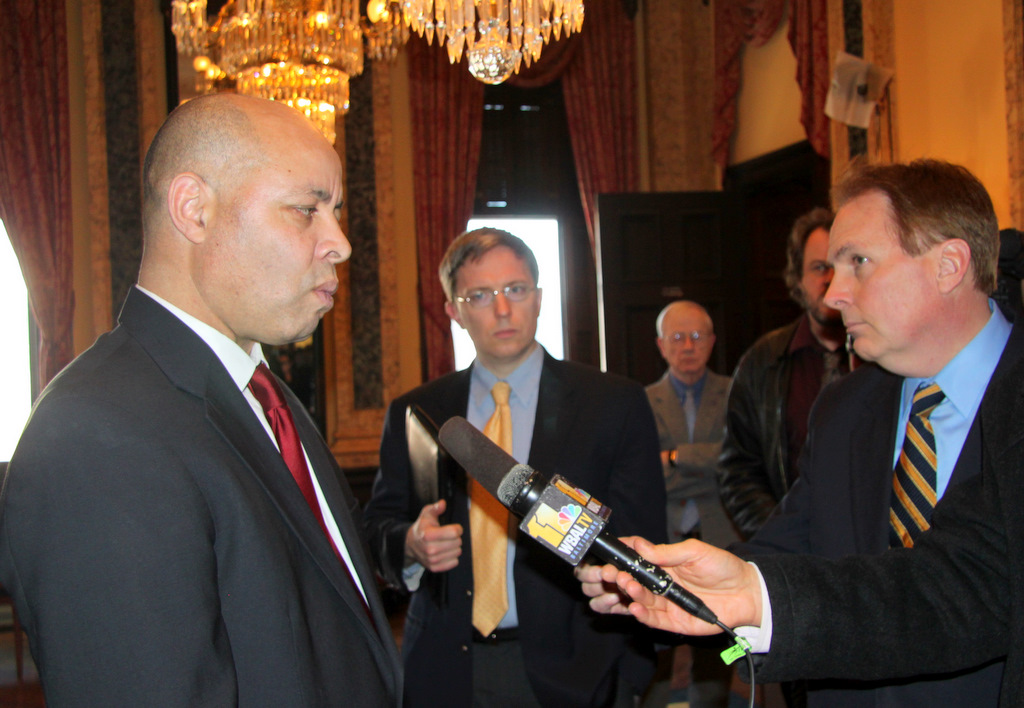 Harry Black responding to reporters' questions about the "drama" he generated during his time in Richmond. (Photo by Fern Shen)

In 1995, he moved to Washington, D.C., and served in four capacities over four years in the District of Columbia government, including as deputy chief of procurement.

In 2000, he became a vice president of McKissack & McKissack, an architectural and engineering firm. He headed up its government consulting practice, doing a lot of things he had been doing as a public servant, including helping to secure about $550,000 worth of contracts for McKissack with the D.C. government.

Questioned about that arrangement by Richmond Magazine, Black dismissed any implication that he received favorable treatment from his former staff. “They didn’t like me because they actually had to work when they worked for me. They . . .  did not want to do me any favors,” he said in 2007.

Black returned to the public sector at the invitation of Mayor Wilder, a former governor of Virginia who promised to root out corruption in Richmond government. Black became his point man for change.

As chief financial officer between 2003 and 2007, Black said he improved Richmond’s fiscal management internally – saving the city $20 million in debt service – and pushed an initiative to boost minority participation in contracting, a goal that Rawlings-Blake has expressed as a priority in her administration.

But it was his role as the mayor’s “pit bull” that caught the attention of the public and press. When the mayor wanted to force the city school board to accept an outside audit of its finances, Black withheld half of the board’s non-payroll funds and tried to evict them from their offices. 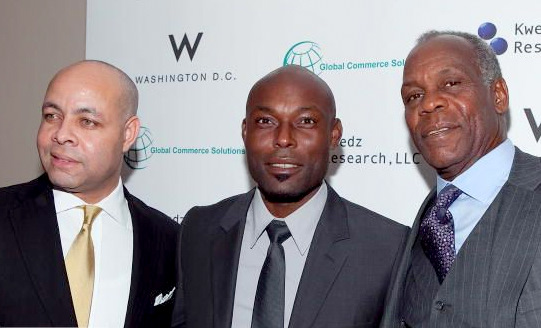 Harry Black with actors Jimmy Jean-Louis and Danny Glover at 2010's "To Haiti . . . With Love" event in Washington. (Photo by life.com)

When the mayor wanted to hire out-of-town auditors to inspect the real estate assessor’s office, Black signed the “emergency” order to pay more than $200,000 for the job, according to Richmond Magazine.

The Richmond city council retaliated by refusing to appoint him as chief administrative officer.

Council President William J. Pantele said that “in reviewing his background and experience, we didn’t see that he met the requirements” for the job.

Black stayed on as acting administrative officer – getting stung for auditing shortcomings that he blamed on personnel rules that limited his ability to hire and fire staff  – before he joined his wife Sheryl Black’s firm, Global Commerce Solutions, as vice president and chief operating officer.

The D.C. firm does management and financial consulting for a slew of federal agencies, including the U.S. Labor Department’s Job Corps (Black’s specialty when he was at McKissack & McKissack) and the Centers for Disease Control and Prevention.

Black’s resume says that he “led company’s growth from $1.3 million in annual revenues and 14 employees to annual revenues of nearly $8 million and an employee base of 94 billable staff.”

The company has also been active in Haitian relief efforts, hosting a lavish “To Haiti . . . With Love” benefit in Washington with actors Danny Glover, Jimmy Jean-Louis and others to raise funds following the 2010 earthquake.

Black said the event was his company’s way of “assuring that the people of Haiti continue to receive the support they need to rebuild over the long term.”

Rawlings-Blake today introduced her new appointee as a person who “can provide the fiscal guidance and support city government needs as we develop strategies to grow Baltimore in the next decade.”

The mayor remarked, “he grew up in the sixth district” – her old district – as council members ate sandwiches and soup at their monthly council lunch. “He told me he was proud to have made it from Park Heights back to City Hall.”

The mayor joked that council members could now “rake him over the coals as you do.”

Council President Bernard C. “Jack” Young appeared not quite ready for any raking after the announcement. Asked if he had worries that Black had a tendency to clash with other political players, Young replied, “We’re going to check out reports and research him as thoroughly as we can. I can’t say any more.”