Local historians may well mark February 1, 2012 as a tipping point, a convenient marker to denote when the Inner Harbor and core business district began to fade as Baltimore’s commercial center, succeeded by the Empire of the East.

The announcement today that Exelon/Constellation Energy will establish its new headquarters at Harbor Point – about 1½ miles east of Light and Pratt streets, ground zero of the Inner Harbor – is a double blow to an area already suffering from high office vacancies and downward-drifting rents.

It will leave a significant chunk of Inner Harbor space vacant at Constellation’s current headquarters (750 East Pratt St.) and will do little to stem the net overflow of tenants from the traditional central business district abutting the Inner Harbor.

For the city as a whole, Exelon’s decision to head east to Harbor Point will make little difference – commuters coming down Jones Falls Expressway need only proceed down President and Caroline streets to get to the proposed new headquarters rather than turn west on Lombard.

And once the economy recovers from the recession, the central business district may well rebound, though it will be a struggle. For example, two venerable downtown buildings – 2 Hopkins Plaza and 10 Light St. – will be nearly 100% vacant when their current tenants – PNC Financial Services and Miles & Stockbridge – leave in a few years.

To Inner Harbor business interests, accustomed to getting their way since the late Mayor William Donald Schaefer privileged their waterfront bailiwick, the decision by Exelon to move elsewhere comes with a sting.

Just two weeks ago, Kirby Fowler, president of Downtown Partnership, urged Exelon to stay in the Inner Harbor, preferably at its current offices. In the course of his op-ed in The Baltimore Sun, Fowler resorted to the rhetoric of Occupy Baltimore, calling on Exelon, for example, to make a decision that would serve “the greatest good for the greatest number.”

If Exelon must construct a new building, Fowler continued – and, indeed, the company had signed an agreement with the state of Maryland to do just that – “public policies and incentives (such as payments in lieu of taxes, or PILOTS) should be directed at securing the best solution for downtown,” he wrote. 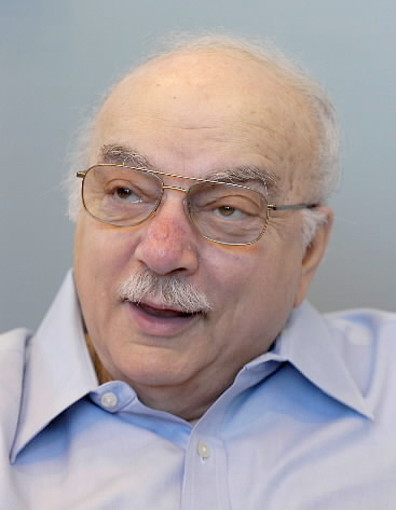 The rationale for the tax break, according to BDC chief M.J. “Jay” Brodie,” was to level the playing field so the developer got tax breaks that matched breaks at Harbor Point and elsewhere.

That idea found no favor with Chicago-based Exelon, which, significantly, is not connected to Baltimore’s interlocking developer world, and had been pursuing its own options since last summer.

Exelon rejected not only the McCormick site, but several other properties in the city center and Inner Harbor area.

These included the unused Baltimore Community College building site affiliated with David Cordish, the politically wired owner of Power Plant Live, and 1 Light Street under development by J.J. Clarke Enterprises, whose main owner is married to a city councilwoman.

Critics of Exelon’s choice of Harbor Point can point to the fact that the developer, John Paterakis, owner of H&S Bakery, has his own array of tax credits to entice Exelon.

Most lucrative was the $155 million in TIF (tax increment finance) breaks approved by the Rawlings-Blake administration and the City Council in December 2010, not long after the opening of the first new building on his Harbor Point site, the 227,000-square-foot Morgan Stanley office at Thames Street Wharf.

Under today’s deal, Exelon said it would lease between 300,000 and 370,000 square feet of space at Harbor Point for the company’s competitive energy businesses and renewable energy development headquarters. Estimated cost of the building, according to state documents: between $95 million and $105 million.

One crucial aspect of the headquarters deal with Maryland is that all city and state tax incentives received by a developer must be transferred to Exelon. So the gas and electric company will be getting a nice tax break over the course of its office lease.

Exelon and Paterakis’ Harbor East Development Group did not announce the height or design of the headquarters building today. But it is likely to resemble the sleek, glassy high-rises that Paterakis has constructed immediately to the north at Harbor East.

The signature building there is the 24-story Legg Mason Tower housing a Baltimore business that already migrated from the Inner Harbor.

Legg opted for “Paterakisville” to increase its operations during the heady days of the bull stock market, but also sought a safe haven from some of the downsides of the Inner Harbor, such as crime and limited parking.

Hogan & Hartson, Oppenheimer & Co. and the Johns Hopkins University Carey School of Business followed in Legg’s wake from downtown to Harbor East, joined by a number of companies attracted to Baltimore for the first time by the new complex.

Harbor East has the ambiance of a gated community, removed from a struggling city by the moat of the Fallsway and the solid neighborhoods of Little Italy and Fells Point. Private security guards patrol on foot and by Segways.

When completed, Harbor Point will be even more cloistered, cut off on three sides by water and reachable through limited access by road and with minimal mass transit.

If all 1.8 million square feet approved by the City Council does get built, Harbor Point will join its sister skyscrapers at Harbor East in an unbroken sweep of glass and steel and brick.

A favorite locale for tourists to take dramatic shots of the Inner Harbor has long been Federal Hill. Over the next few years, the shutterbugs are likely to turn to their right, all the better to capture the gleaming skyline of Baltimore’s rising eastern empire.