Asked how his family is doing a year after the horrific Baltimore bike lane accident that claimed his 20-year-old son, Mitchell Krasnopoler resists the easy cliche that might put his questioner at ease.

“I look at his picture,” he says, and recalls the day when “we were just going along doing normal things and suddenly our lives changed forever.” After a long pause, he adds dully, “I guess you could say we’re coping.”

Krasnopoler is much more comfortable when he’s talking about the tougher driving skills requirements his family is backing in the Maryland General Assembly this session – changes he thinks could prevent tragedies like the Feb. 26, 2011 crash that claimed the life of his son, Nathan Krasnopoler.

“These tests are strong predictors of dangerous drivers,” Krasnopoler said by phone yesterday, with family members expected to attend a hearing on the legislation scheduled today in Annapolis.

What Krasnopoler is talking about are “functional capacity” tests, including a field of vision test, tests of recall and reaction time and other kind of cognitive, visual and physical tests, that would go beyond the current vision screening for Maryland drivers that is required every five years for license renewal. 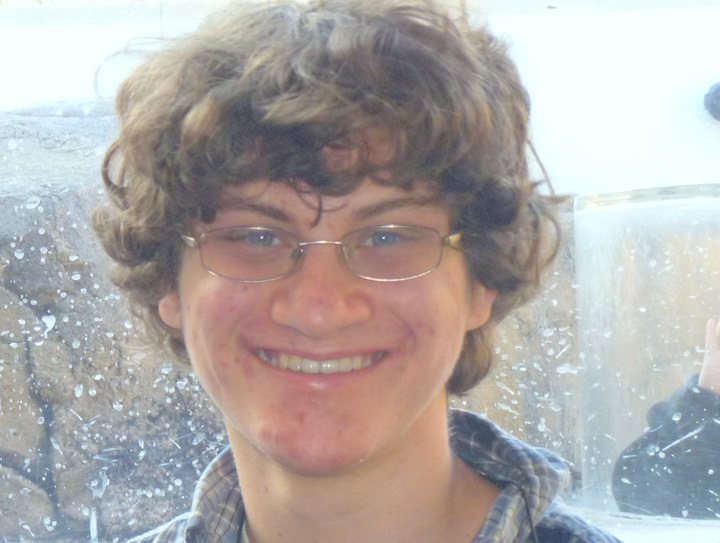 Family members said Nathan Krasnopoler was a big proponent of living and biking in the city. (Family photo.)

“The state is already offering these [functional capacity] tests but they are done by medical referral or voluntarily,” he said. “It would be easy to make them a requirement.”

(The 83-year-old driver whose car struck Nathan in a marked bike lane agreed, as part of a settlement with the family, to permanently give up her driver’s license.)

The family is suggesting the tougher license requirement be added to an MVA-sponsored bill (SB 111) that proposes to increase the amount of time between license renewals from five years to eight years. Not surprisingly, the Krasnopolers oppose that change.

“I can’t think of any reason they would propose this other than to save money,” he says witheringly.

There are two other legislative priorities on the family’s agenda this session, Krasnopoler said yesterday.

One is to increase the consequences of failing to remain on the scene of an accident that results in injuries or death.

Doing so is currently a misdemeanor offense that is rarely enforced because the offender gets no points on their license, he said. (Witnesses said the driver whose car struck Nathan Krasnopoler got out of the car and left it running while the injured cyclist was still pinned underneath it.)

“We want it to be an 8-point infraction so people take it seriously,” Krasnopoler said.

Another change the family seeks is a clarification in the Maryland health surrogacy law that would allow family members to make decisions regarding organ donation even if their incapacitated family member is not on a ventilator.

Krasnopoler said doctors told his family about a month after the crash that Nathan was in a permanent vegetative state and would never recover. He recalled the family’s anguish upon hearing the news, how they cried, but then their firm conviction Nathan would not have wanted to linger that way.

As their son’s health surrogates, they wanted to offer his healthy kidneys or other organs for donation, but officials at Johns Hopkins Hospital would not allow it, he said.

“There was an ethics committee meeting on it for three hours,” he said, noting that the University of Maryland Hospital also considered and rejected the idea.

On the bike lane and other cycling issues that continue to roil the city, Mitchell Krasnopoler said “I have mixed feelings – Nathan’s accident happened on a bike lane – I think they give bikers a false sense of security.”

“On the other hand,” he said, the answer isn’t fewer bike lanes but more awareness and support for cyclists. “The more bicyclists and the more opportunities for bikes to be on the road and the more respect for bikes you have on the part of motorists, the safer everyone will be.”

Until Baltimore gets there, he said “I don’t know the answer. There are some bike safety tips that might have helped Nathan. Bikers have to ride defensively.”

The family is planning a vigil on Feb. 26, the anniversary of the accident, at the Broadview Apartments at 105 W. 39th St where the accident occurred.

Family and friends will walk from there to Charles Commons (at Charles and 33rd streets) on the Johns Hopkins campus for a brief remembrance. Candles will be provided.