Steve Kraus, Baltimore’s chief of treasury management, told the Board of Estimates today that the 2012 Baltimore Grand Prix is expected to cost taxpayers $800,000, only a portion of which will be covered by a ticket surcharge meant to protect the city from direct losses from the event.

The admission, drawn out in questioning by City Comptroller Joan Pratt, confirmed an analysis by The Brew that the city would be paying more in overtime (for police, fire and sanitation personnel) than it would receive from the so-called “lockbox” surcharge on ticket sales.

Mayor Stephanie Rawlings-Blake has made continuation of the Grand Prix a priority of her administration, saying it produces tens of millions of dollars of economic benefits as well as highly favorable publicity.

Last year’s organizer left the city with $1.7 million in unpaid taxes and other obligations, which led her office to announce a new race promoter last week.

Board Splits on Pact

Today the spending board approved a five-year contract with Downforce Racing LLC amid an unusual split by the panel’s three elected officials. 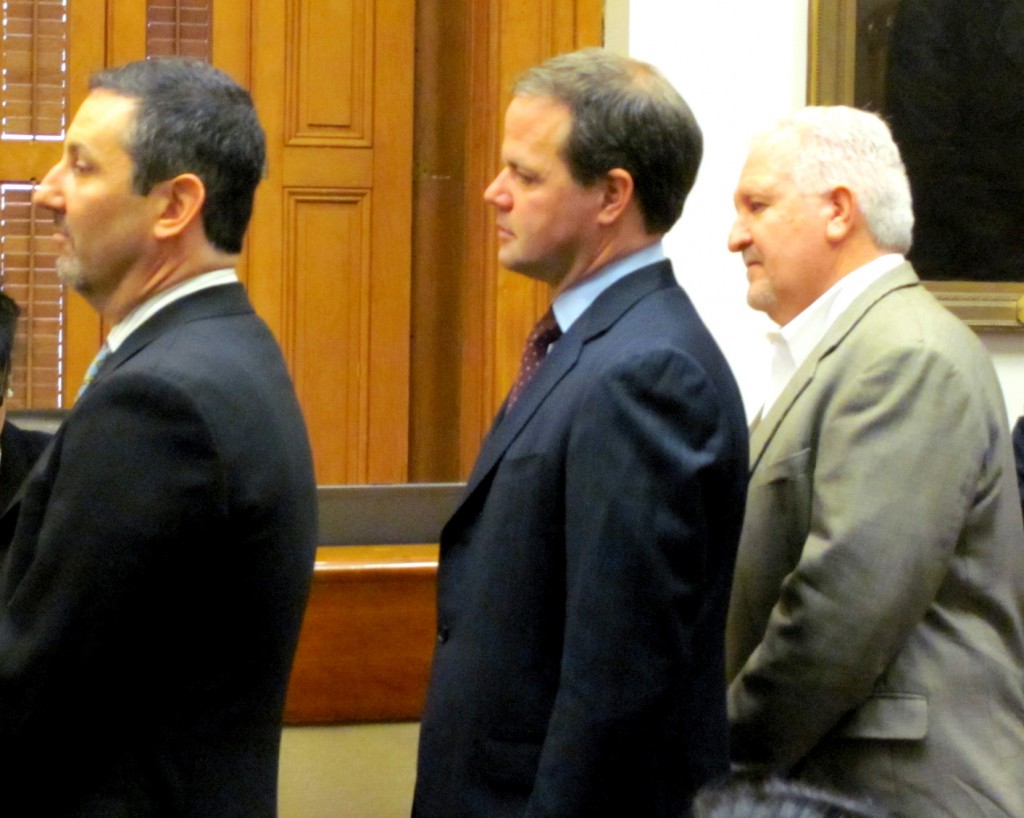 Rawlings-Blake carried the day 3-2, thanks to the votes of her two appointees, Public Works Director Alfred H. Foxx and City Solicitor George Nilson.

Meanwhile, Pratt sided with City Council President Bernard C. “Jack” Young, who earlier called on the mayor to stop trying to “move heaven and earth” to continue the Grand Prix and concentrate on such matters as funding the city’s recreation centers.

Pratt and Young rarely vote against the administration. They approved the original Grand Prix contract.

The vote came after new information was disclosed about the negotiations by the mayor’s office that resulted in the contract with Downforce Racing, a for-profit group that was incorporated just two weeks ago:

• Downforce and the IndyCar series that sanctions the race for a fee have not developed a youth outreach program in Baltimore nor considered donating tools and equipment to the automotive training program in city schools.

• the benefits fund for nine Baltimore neighborhoods affected by the race will likely drop to about $55,000 this year, based on a 50 cents-per-ticket surcharge. That’s half of the $100,000 distributed by Baltimore Racing Development last year.

• Downforce is not required to distribute any of the city’s 10% share of profits until the contract ends in November 2016.

Two competing narratives marked today’s meeting – praise for the event by city and racing officials as a boon to the city and deep skepticism of the race’s benefits by Comptroller Pratt’s office and citizen activist Kim Trueheart.

M.J. “Jay” Brodie, president of the Baltimore Development Corp., presented the administration’s case, describing the three-day race over the Labor Day weekend as a “significant economic development project for the city.”

City Councilman William H. Cole IV, in whose district the race is held, hailed the contract with Downforce as protecting taxpayers’ interests and added, “We have created a sustainable event.”

She and her aide, Walter Horton, peppered the spending board with a series of questions about profit sharing, minority participation and potential hidden costs.

She complained several times that the mayor’s office did not supply her with a copy of the Downforce contract until last Friday. With Monday a holiday, Pratt said her office did not have enough time to review the material.

At one point, the mayor turned toward Pratt and said, “I’m sure there aren’t commitments [from Downforce] that you’re looking for on the spot.” Their exchange took place in the board room named after Pressman.

Have Not Made Any Decisions

Downforce’s Reck responded to Pratt’s questions by saying, “We have not made any decisions on any vendors.” He said that as Baltimore residents, he and fellow investor Dawson “are very eager to use local people as much as we can.”

Thomas B. Corey, chief of the Minority and Women’s Business Opportunity Office (MWBOO), said he plans to meet next week with Downforce to discuss minority hiring.

Corey pledged to hold the group accountable to the city’s participation goals, which led Pratt to snap back, “The city does not always meet its MBE/WBE standards.”

Kim Trueheart, who lodged a protest against the Downforce contract, called for more transparency and criticized the way the mayor’s office negotiated the deal.

She faulted the mayor for not conducting an assessment of what led to the financial failure of last year’s promoter. “I don’t know if you’ve improved anything in the process,” she concluded.

Race promoters are among those listening to M.J. "Jay" Brodie during today's meeting. City Councilman Bill Cole is looking down and DPW director Foxx is partially shown at far left. (Photo by Mark Reutter)