Yesterday kicked off the budget season at City Hall that lasts until the start of summer (the new budget begins July 1, but the city elders like to wrap up proceedings by June 20 or so).

The preliminary 2013 budget is mostly a continuation of the current budget, with a few tweaks to be mentioned below. But first, what happened to the $52 million budget shortfall we heard so much about in the last few months?

Well, it’s melted and dissolved into the city’s $2.3 billion operating budget pot, largely at the expense of the city’s 14,100 employees.

The city is trimming back health-care benefits to city employees and retirees and will provide no cost-of-living (COLA) increase.

A sweetener: the city will not institute furlough days, which will restore much of the COLA loss.

A modest 231 positions in city government will be eliminated. Other cost reductions will come from combining the 311 and 911 call centers, paying all employees twice a month (some are currently paid weekly), placing city towing contracts under competitive bids and installing more LED bulbs in streetlights.

The mayor kept her election-year promise to reduce the property tax rate. It will drop by 2 cents (0.08%) under her plan. That will reduce the average homeowner’s property bill by about $40. 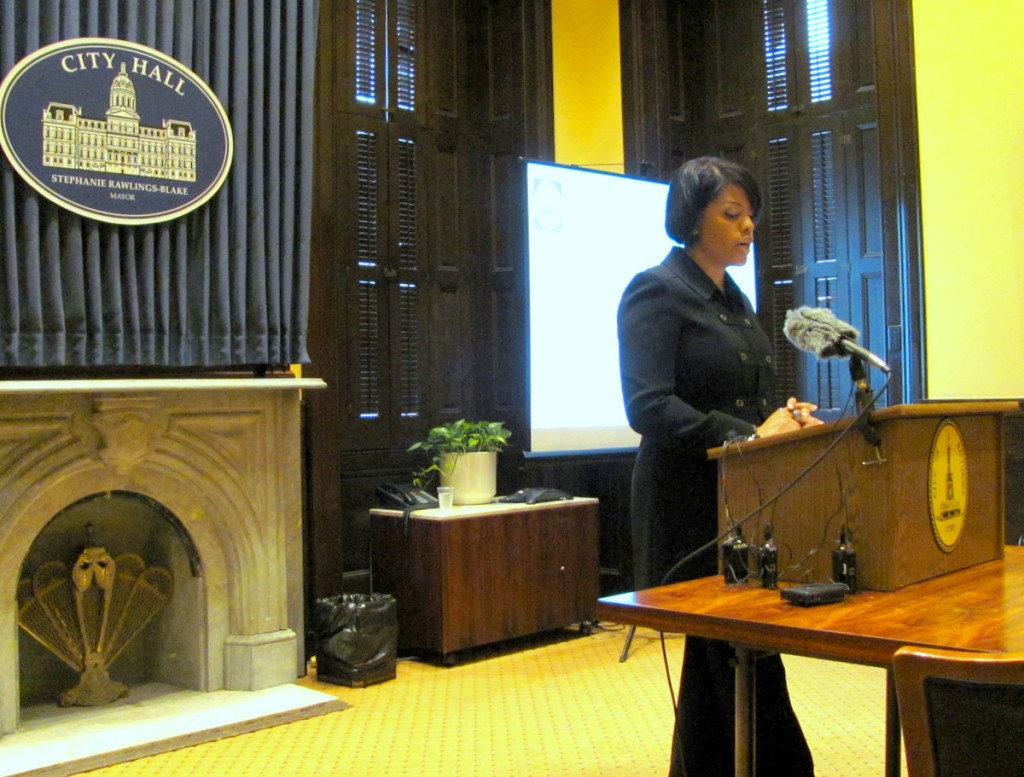 The mayor also proposes to permanently close, rather than rotate, three fire companies.

She said this proposal would reduce long-term costs without laying off firefighters or impacting response time.

What fire companies will be closed has not yet been determined by Fire Chief James Clack.

All Enoch Pratt Library branches will remain open under new budget, but some may reduce their hours.

The budget restores the cutbacks to the YouthWorks summer jobs program. Through partnerships with the private sector, the administration hopes that 350 more young people will be able to participate in the program.

As already noted, the city would continue to spin off youth rec centers, reducing the number to 30 from the present 55.

The big change is that Rawlings-Blake now wants Baltimore public schools to take over about 12 of the centers. This follows the disappointing results of her previous plan to hand over the centers to private operators.

The mayor says her new budget will fully fund police patrols, fulfill the city’s monetary contribution to the public schools, expand Madvac sidewalk sweeping in business districts, increase funding for crime camera management, and maintain funding for key cultural institutions, such as the Baltimore Symphony Orchestra and Baltimore Office of Promotion and the Arts.

Her takeaway quote from yesterday’s blizzard of numbers:

“When you ask families what they need in order to stay in Baltimore, it is safe neighborhoods, good schools, job opportunities and lower property taxes. This budget focuses on the fundamentals that will help get Baltimore growing again.”