Despite what Mayor Stephanie Rawlings-Blake said on the Marc Steiner radio show last week, Baltimore City does not audit at any level the extra work orders (EWOs) that The Brew has been documenting (here and here).

Her honor knows this.

Everyone with any experience in City Hall, especially on the mayor’s executive staff, the key folks in the Finance Department – they all know: Baltimore does not routinely and independently audit its departments nor its various functions and contract changes, such as EWOs.

The mayor may have meant that EWOs are double-checked, or that they are “tracked,” so that overages can be charted – though I doubt that even happens – but they are not audited.

The central point for auditing an EWO, or change order, is to determine if the proposed work remains inside the original scope of work or whether it begins to redefine the project in ways not contemplated in the original contract. 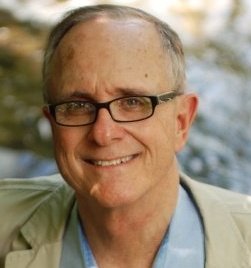 The issue, however, in city government in 2012 – above all others – will be the full revelation that Baltimore does not audit the government’s departments.

This issue, as it begins to emerge, will be very painful and become worse the longer it simmers.

But it may not simmer if the City Council – prodded by the public – decides to act and insist on audits.

But that hasn’t happened.

Please don’t drag out the old canard that there is no money to be “found” to do the job when there’s plenty around for EWOs and the like.

What hangs in the balance if this audit is not performed at a standard agreed to by the parties of interest?

Well, I know that city foundations are reluctant to give grants to the department and that many friends of the parks groups are scratching their heads as well, over a department that is constantly finding and losing money.

“Fictional Drill” Over the Budget

So what is in the balance? It is the department’s very relevance to our city; a department of good employees who every day wonder at what is going to be the next knock in the head; a department that is shrinking – not downsizing, or reinventing itself – but facing foreclosure by a City Hall that always seems to know how to find the money for the very things they say they can’t or won’t operate, such as the city swimming pools.

Is all of this annual theater about operating our city swimming pools necessary? Do key executives in City Hall realize that this little, annual swimming pool adventure achieves, well, practically nothing? Everyone knows how it will end up. It should be embarrassing to City Hall to continue this fictional drill each year.

Much of the Recreation and Parks Department should be altered, reinvented, rearranged and so forth. But how can that be objectively and reasonably accomplished without an independent audit that documents the department’s fiscal DNA?

Any serious discussion of the department’s future would be mired – and I mean mired – in trying to understand its finances.

Just try to get the facts about how it has come to be that the Rawlings-Blake Administration, with all of its City Hall talent, can’t run the city’s swimming pools. Try. Then try again. It’s a fool’s errand to try to figure out where the money is or where it has gone.

It is now three years in a row that the task of operating the city’s pools has become a “problem.” But no one is responsible for this problem. If this were to happen in other cities there would be council hearings, a task force, perhaps even an independent investigation by a blue ribbon panel. Someone would have to be held to account.

Not in Baltimore. We just can’t “find the money.”

The auditing issue is already a done deal. People of power may not recognize that fact and be ready to form a circle and sing Amazing Grace, but they will recognize it soon enough.

They’ll have to explain why it is that our city’s leadership wants to raise taxes and fees when it can’t find the money it supposedly has.

How about this as a mantra for the administration: We intend to look and find all of the money we have, document those findings by an independent audit, share the information, all of it, with the public and initiate public meetings all over the city.

Then department directors can explain how much money they have, their funding sources, their prevailing balances; their obligations and “carry forwards,” their receivables, and amount of funds tied up in purchase orders, and most precious of all, their special accounts – those “off the books.”

Look at this water bill situation. (Did anyone get called to account for presiding over that mess?) An audit would have discovered this problem years ago and the necessity of one citizen taking four years out of her life to finally get this problem addressed and resolved, as reported, would have not been necessary.

In some cities the effort of a citizen like Linda Stewart, the “Water Bill Woman,” would have been praised by city hall. Maybe she would have been given a photo op with the mayor. There might have been a resolution by the city council thanking her for saving the citizens untold hours, fuss and trouble contesting a water bill. Think of the trouble people had to go through trying to find out the truth – whatever it might have been – about a water bill.

Now imagine people across our city who have the instinct and interest to play a contributing role – of some type – in helping our recreation and parks department, but can’t get sure footed in doing so because people are “looking for the money.”

This constant refrain no longer works. It has become everyone’s easy excuse to step back, retreat, bow out, leave the room, promise “I’ll get back to you,” whatever.

This culture has to end.

Comprehensive, solid audits of our departments would bring to a close the Era of Looking for Money.

I can attest: having run five government agencies at the federal, state and city levels and being accountable for spending millions of taxpayers dollars, the most delicious privilege of all is spending other peoples money.