The Commission for Historical and Architectural Preservation (CHAP) voted this afternoon to take “no action” on a request by the administration to dismiss executive director Kathleen Kotarba, handing Mayor Stephanie Rawlings-Blake a very public defeat.

The decision to retain Kotarba, announced by CHAP chairman Thomas A. Liebel after a nearly two-hour private hearing, was greeted by cheers, hugs and handclaps by more than 30 preservationists who had waited anxiously to hear the fate of the director.

Thomas Stosur, head of planning who led the administration’s push to oust Kotarba, would not say exactly what the Rawlings-Blake administration had demanded from CHAP, but two commissioners confirmed Stosur had asked for “a change in direction” and her resignation.

Unlike most city posts, Kotarba works for the commission, not for the mayor, and cannot be fired except by a majority vote of the 13-member board.

After the private hearing, Liebel reconvened the board in a public session and announced that the 10 members present were in favor of taking “no action.” Among those in attendance were three new commissioners appointed by Mayor Rawlings-Blake – Cindy Conklin, James L. French and Matthew Mosca. 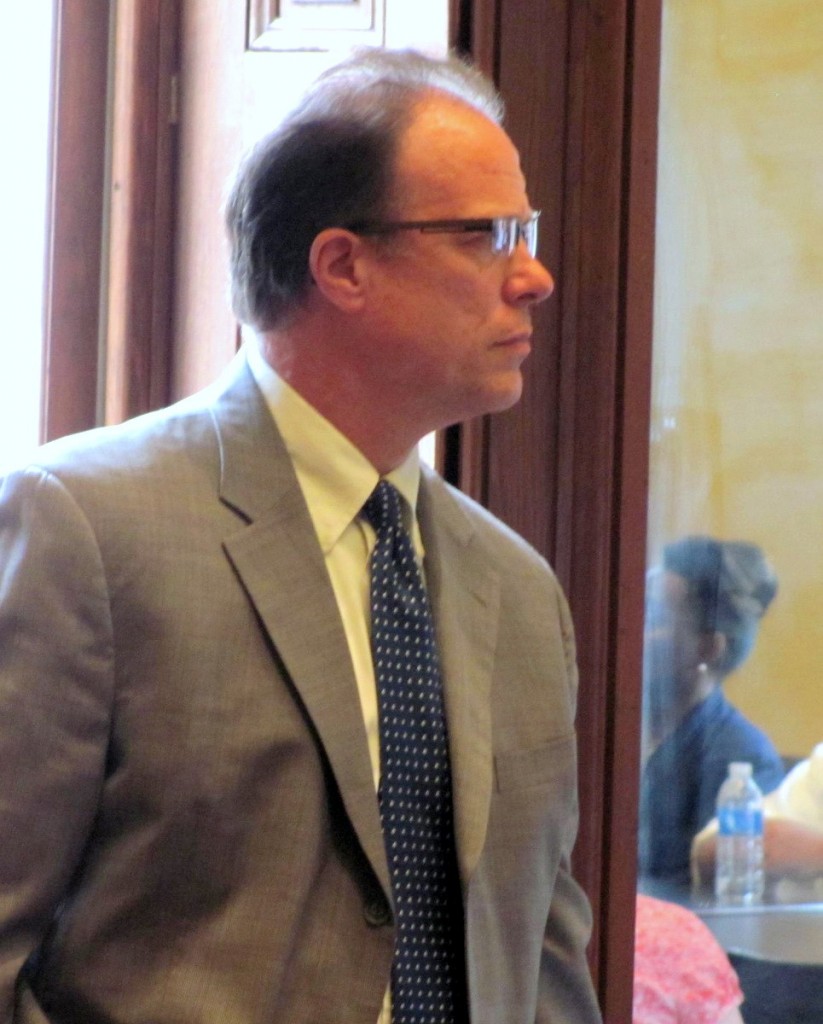 “I am overwhelmed by the support of the communities that inspire me to do my best every day,” said a visibly relieved Kotarba as members of Baltimore Heritage and other well-wishers, including City Councilwoman Mary Pat Clarke, shook her hand.

Kotarba’s troubles began two weeks ago, shortly after CHAP turned aside developer Howard Brown’s demand to be allowed to immediately demolish the Mechanic Theater for a new high rise.

The Mechanic is a “listed historic property,” giving CHAP six months to study the issue and deny a demolition permit.

After the commission decided to revisit the Mechanic issue at its September meeting, Stosur asked Kotarba to retire or resign.

Earlier today, Kotarba made the request that she be allowed to appear before the committee.

She told The Brew that she told the panel, “Whatever the commission wanted, I would adhere to because I serve the commission. If they concluded that they didn’t want me to remain as executive director, I would do that. If they decided that I should stay, I would happily do that.” 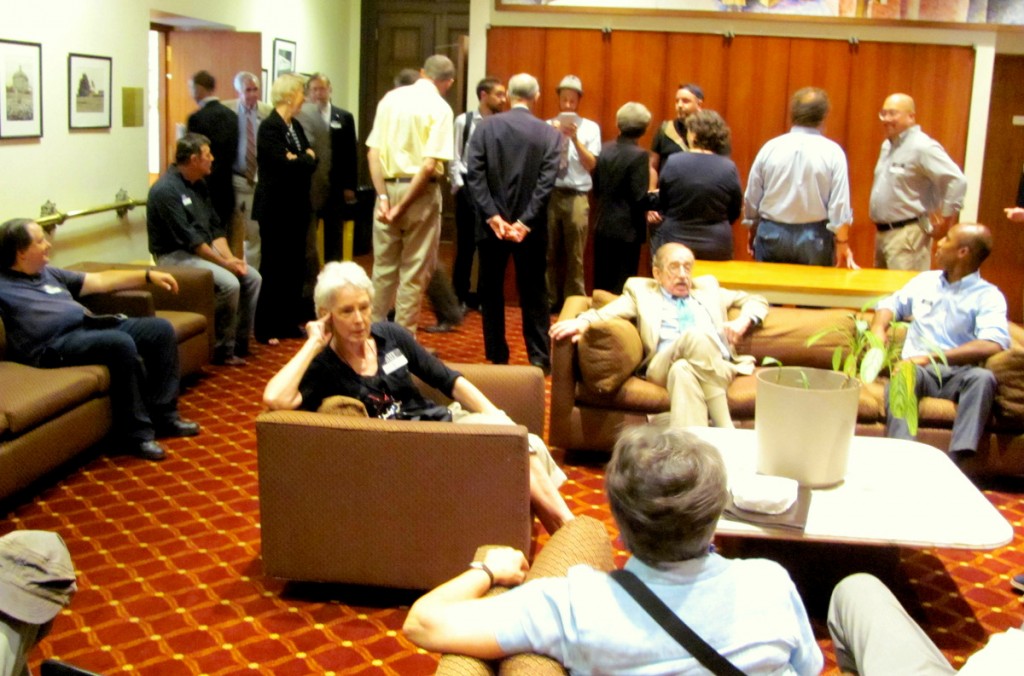 Supporters of Kathleen Kotarba crowd into the fourth floor of City Hall before the start of today’s hearing. (Photo by Mark Reutter)

According to one CHAP member, Stosur argued during the private hearing that Kotarba had a “bureaucratic style” that was slowing up development in the city.

Kotarba reportedly argued that she followed preservation guidelines, as required by city and federal regulations, that often resulted in improved projects.

Kotarba started in city government in 1974 in the mayor’s office of special projects, and was appointed executive director of CHAP in 1981 by then-Mayor William Donald Schaefer.