“Please be prepared to come in and secure your freezers, refrigerators and incubators,” said the email from IT administrator John Burtnick to hospital managers and supervisors.

Researchers were advised that flashlights would be helpful, that dry ice would be available and to “keep in mind that research animals may need to be relocated.” 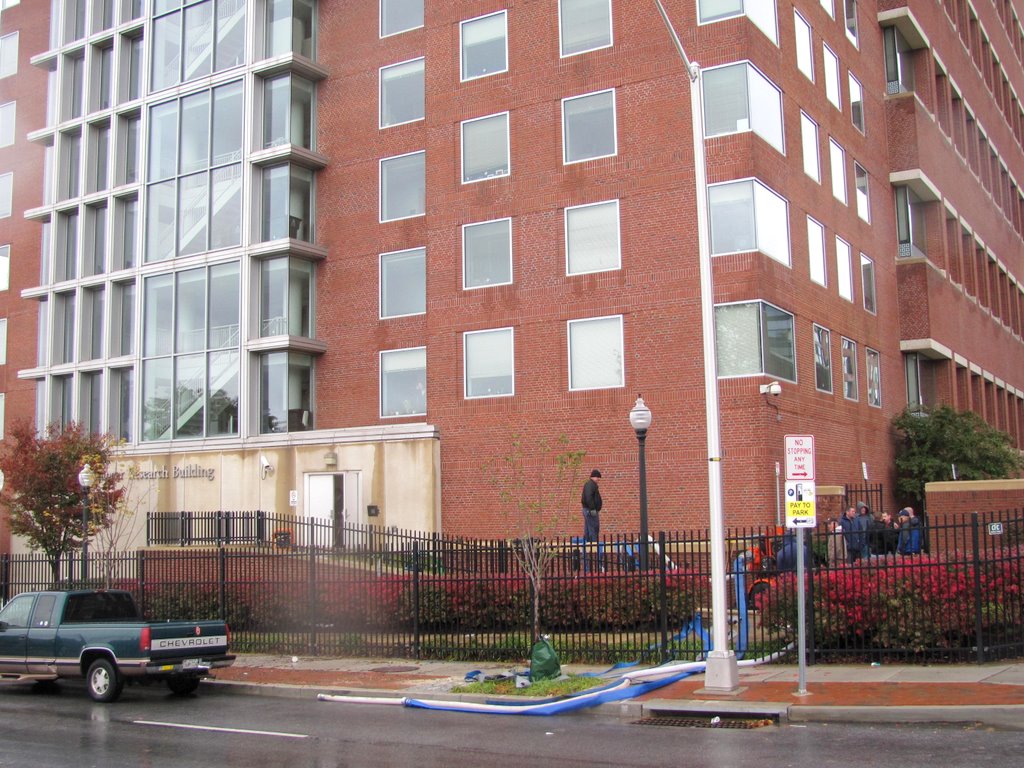 It also noted that the computer server for the Oncology Department was down, leaving “clinical and administrative employees without access to email or any computer programs.”

Hopkins officials confirmed the flooding at CRB II and that power was shut off because of safety concerns.

But Sandy had “very little impact” overall on the Hopkins Hospital East Baltimore campus, according to Kim Hoppe, Johns Hopkins Medicine associate director, communications and public affairs. Other Baltimore medical facilities were, like Hopkins, braced for the storm with staff prepared to work extra shifts, but reported few problems.

By contrast, Sandy took a major toll on New York City hospitals. New York University Hospital, for example, suffered a blackout that required them to evacuate critically ill patients, guiding or carrying them down darkened steps, guided by flashlights, to the side walk below.

Hoppe said Hopkins is “still assessing the impact” of the flooding and power shut-off in the building, where labs for cancer research and other specialties are located.

“Research assets requiring refrigeration or incubation were moved to a neighboring building and other locations. Dry ice was also brought in to help preserve research assets,” Hoppe wrote in an email to The Brew. “Rodents used in research were not harmed and have been moved to other facilities on campus.”

The 267,000 square-foot building, dedicated in 2006, was the result of a $20 million cancer research gift from billionaire David H. Koch, executive vice president of Koch Industries Inc.

It’s not the first recent report of flooding at Hopkins. Heavy rains in July reportedly caused some minor flooding at the ambulance entrance to the Hopkins emergency room, with some water to leak into the building. Firefighters cleared a storm drain and the water went down.