The bursting of a water main at 20th and Charles streets turned a three-block section of Baltimore’s premier street into a torrent of fast-moving water, damaging buildings and threatening to disrupt service on Amtrak’s Northeast Corridor.

At about 7:30 this morning, a 60-inch pipe in the middle of Charles and 20th broke, buckling the pavement and shooting up a geyser of water.

A gushing stream of city water rapidly descended Charles Street past North Avenue to Lanvale Street, where it has been dropping down an embankment into Amtrak’s Penn Station yard.

With strong currents and bristling waves formed where the water is disrupted by cars or curbing, Charles Street looks more like the worst-storm scenario predicted for Hurricane Sandy last week than a typical water main break.

The Brew, on the scene, noticed water gushing into the entrances of buildings along the 1700, 1800 and 1900 blocks of North Charles, with ponds stretching for half a block east along 20th Street, Lafayette Avenue and Lanvale Street. 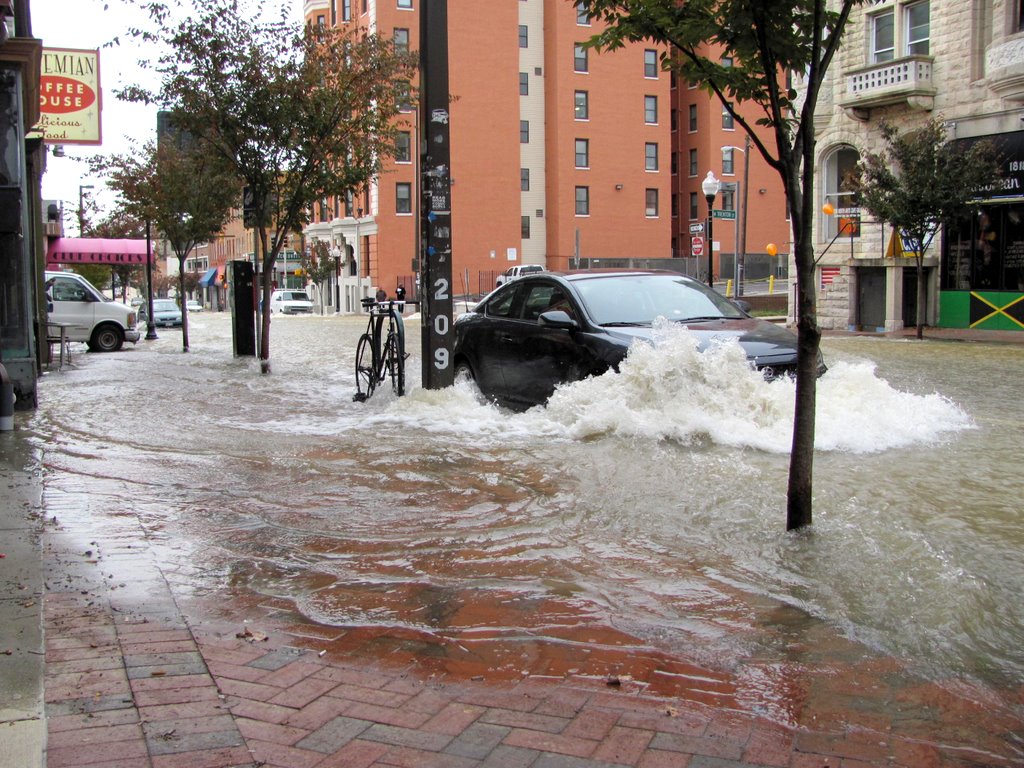 Rapids form around a parked car in the 1800 block of North Charles next to the Bohemian Cafe. This picture was taken at 9 a.m. (Photo by Mark Reutter)

Powerless to Stem the Flow

City workers were on hand at the scene of the break but seemed powerless to stem the flow at 9 a.m. this morning.

A full compliment of city fire trucks and emergency equipment were also on hand at North Avenue and other locations.

So far, no fires or injuries have been reported.

Traffic has been halted along North Avenue between Maryland Avenue and St. Paul Street.Northbound No. 3 and 11 buses are now running on Calvert Street.

Asked about this latest of several big water main breaks, a firefighter near North Avenue shrugged his shoulder this morning and said, “Aging infrastructure.”

Here are some pictures of the mess: 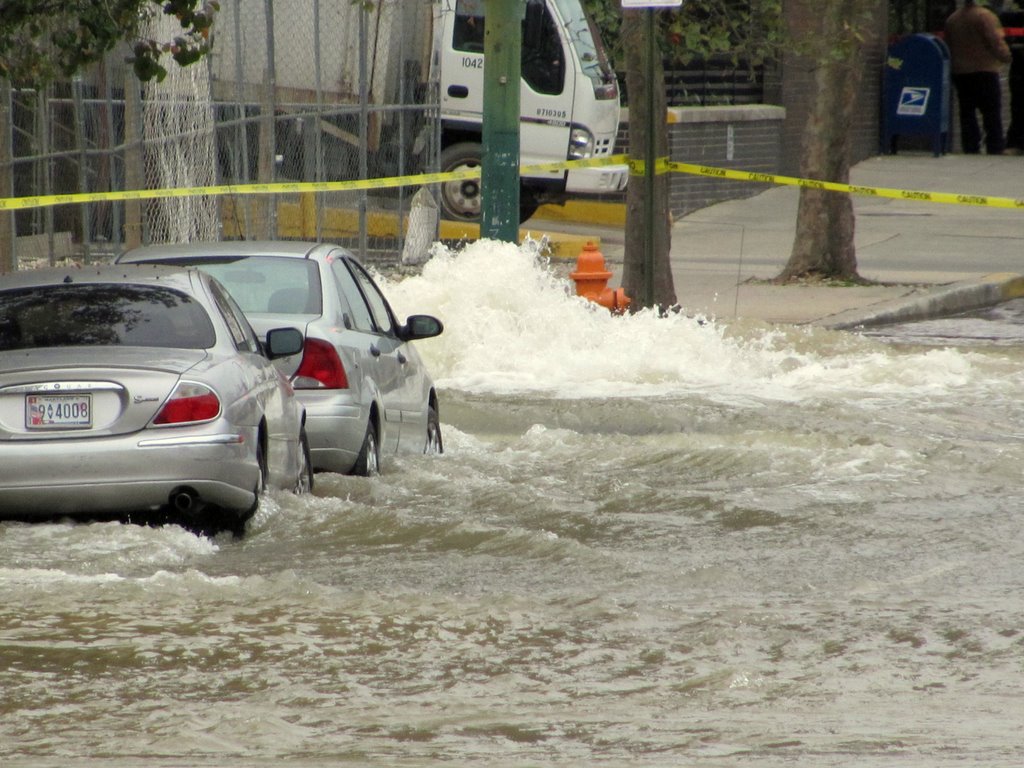 Water rockets out of the 60-inch broken water line at Charles and 20th streets this morning. (Photo by Mark Reutter) 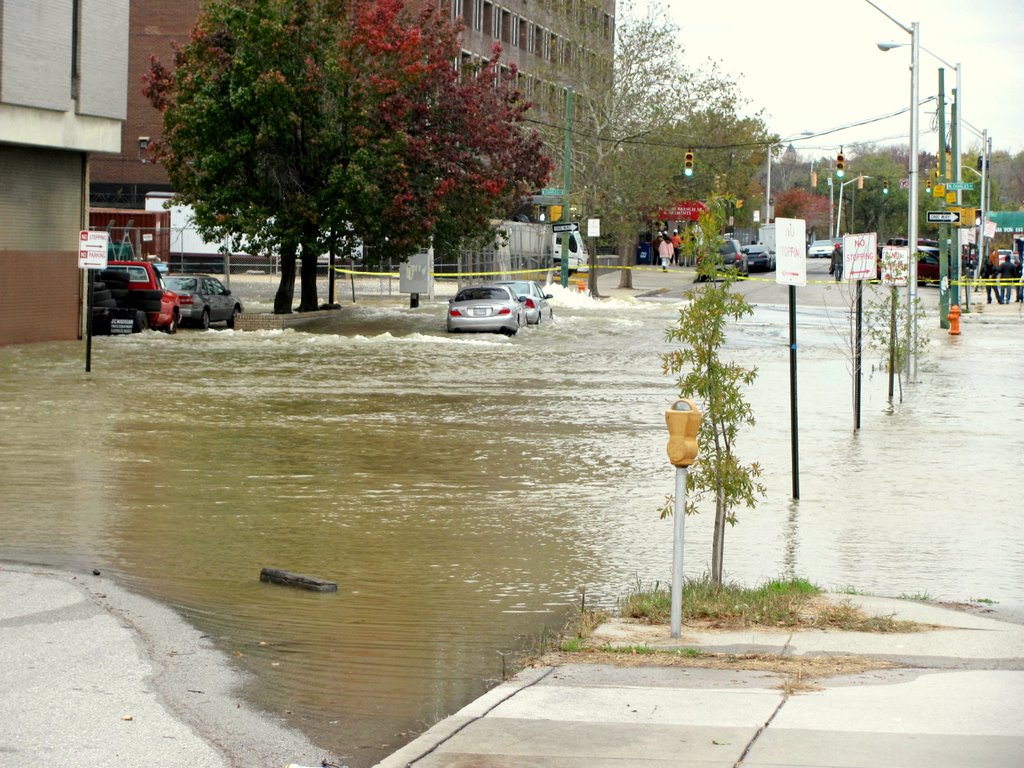 East 20th street where water from the broken main has backed up toward St. Paul and 21st streets. The water flooded a vacant building and several parking lots. (Photo by Mark Reutter) 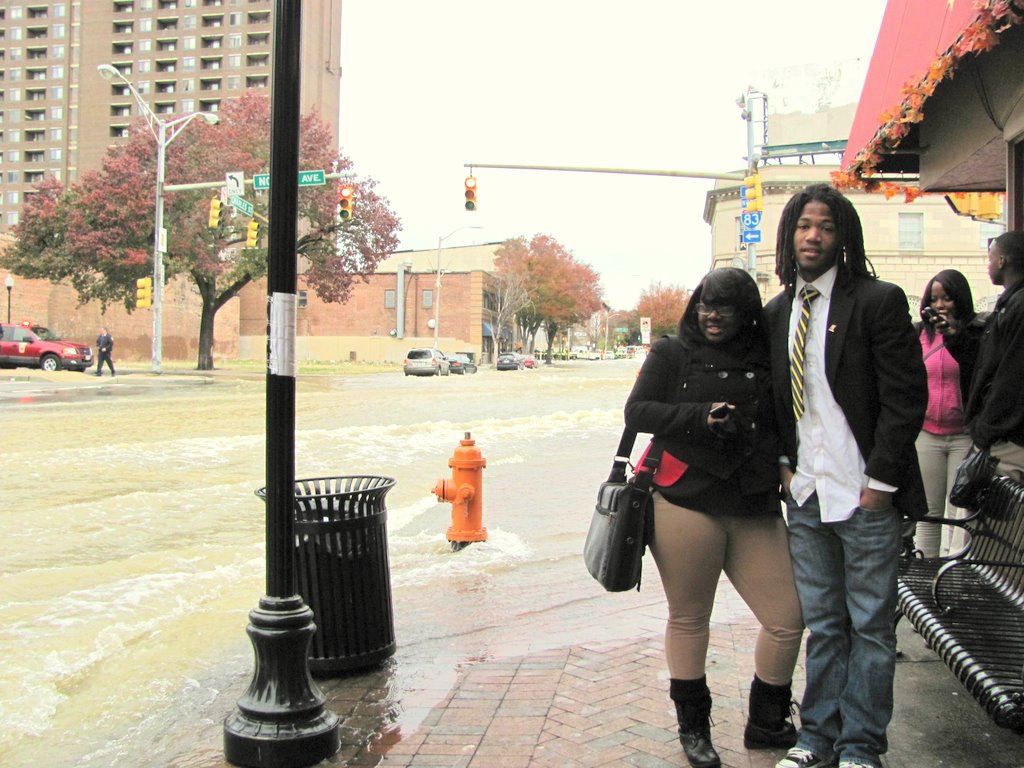 Briana Hamlett and Devon Horton were waiting for a bus to get to school this morning, but were stranded at Charles and North amidst the tide of rushing water. (Photo by Mark Reutter) 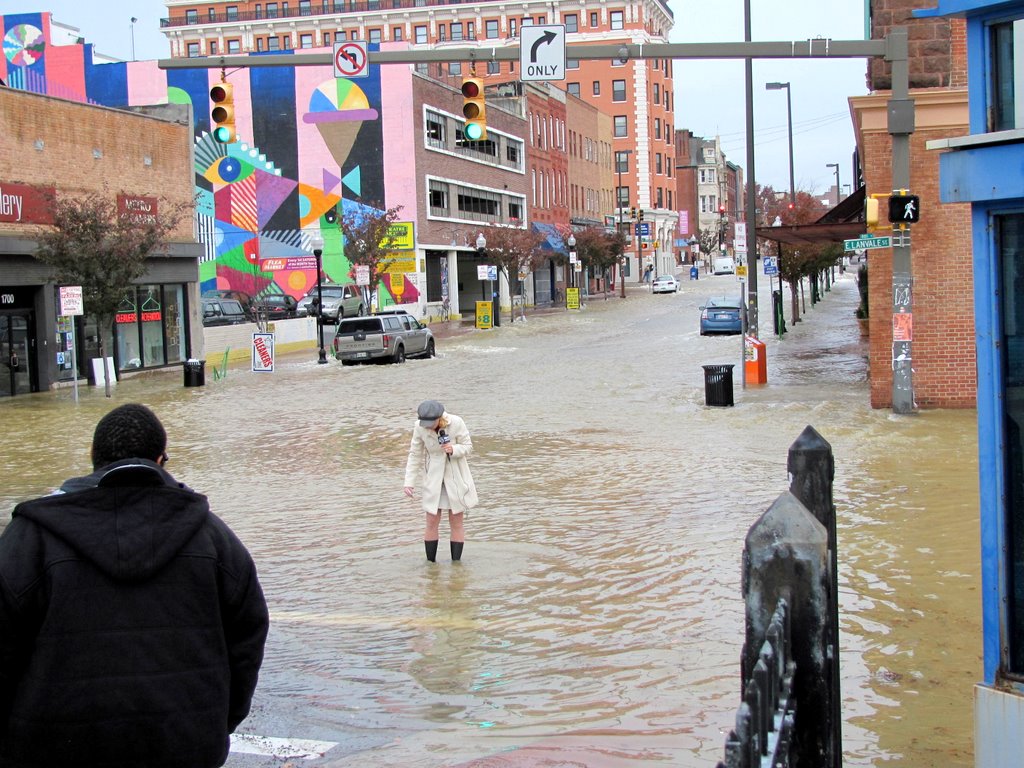 A Fox 45 reporter reenacts the media’s “knee-deep-in-the-water” Sandy coverage at Charles and Lanvale streets this morning. (Photo by Mark Reutter)