The City Council is poised to approve $22.1 million worth of property tax breaks for the Superblock project aimed at revitalizing a derelict square block of city-owned properties in the heart of Baltimore’s old retail district.

After moving out of the Council’s taxation committee on Friday during a five-minute voting session, the PILOT (payment in lieu of taxes) measure is expected to be ratified at tonight’s Council meeting.

Final third-reader passage will follow on Thursday, according to Council insiders.

The agreement is then expected to go before the Board of Estimates for approval and a signature by Mayor Stephanie Rawlings-Blake before December 31.

Despite the rapid-fire progress of the measure (Council Bill 12-0066), don’t expect construction on the West Side to start anytime soon. 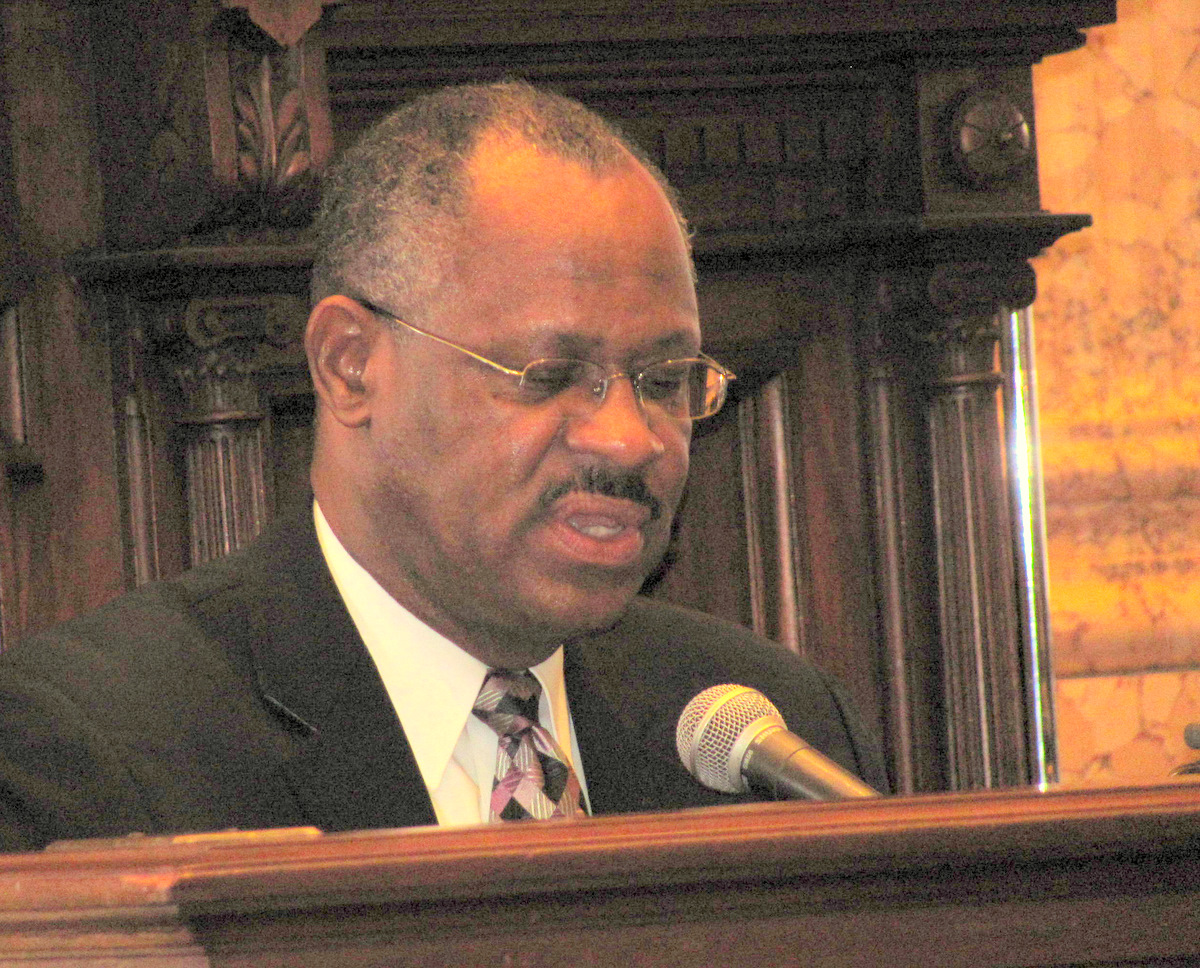 That’s because the developer, Lexington Square Partners, has not yet lined up private financing or received solid commitments from retailers for its proposed mixed use development.

The group has told the Council’s taxation committee that it will seek a $99 million construction loan after the PILOT break is approved by the city.

But the PILOT agreement suggests that large-scale building at the site – or the 650 construction jobs promised by the city – will be stretched out over many years.

That’s because the 13-page agreement – a copy of which was obtained by The Brew – lets the developer build the project in phases, with the initial phase requiring just $5 million in capital.

The agreement further gives the developer three years – on top of an 18-month start-up period – to complete the first phase. This timetable would require completion of the first phase by year 2017.

The PILOT agreement covers the building of a 500-space parking garage and a 300-unit apartment high-rise on West Fayette Street. This involves the site of the former Greyhound Bus Station, which the city demolished earlier this year.

The city’s investment in the demolition alone – $1.23 million paid to Potts & Callahan – outstrips by five times the amount of equity investment ($250,000) the city will require from Lexington Square for the first phase of construction.

The language of the agreement says this: “The Developer shall, prior to the PILOT Commencement Date, certify to the City that the private capital being invested in the Initial Phase includes an equity investment [of] at least $250,000.”

The developer can then proceed in additional phases, “and upon the completion of each phase will receive a Certificate of Completion thereunder evidencing the substantial completion of such phase.”

Similar to Other PILOTs

The agreement was negotiated by the Baltimore Development Corporation (BDC), which recommended the PILOT tax break to Mayor Rawlings-Blake last February.

The tax break was justified on the grounds that Lexington Square Partners would not be able to secure private financing based on the projected cash flow of the project without a city subsidy.

The 20-year PILOT before the City Council tonight is comparable to the PILOTs approved by the city since 2005 for the Centerpoint Apartments on the West Side, Spinnaker Bay at Harbor East and The Fitzgerald in Midtown/Belvedere.

Each partner has 20% ownership interest. Only two partners, BLDG Associates (Goldman family) and ICS Baltimore (Chera family), are set to sign the PILOT agreement on behalf of the group.

In addition to the parking garage and the apartment high-rise, the developers propose to create 217,444 square feet of retail space, demolishing all but the facades of existing buildings, including the ex-Read’s Drug Store.

The retail portion of the project is not presently covered by a PILOT, but the developer plans to apply for $15.8 million in federal New Market and Historic Tax Credits.

The New Market Tax Credit was established by Congress to spur revitalization of low-income neighborhoods, while Historic Tax Credits offer rebates to developers restoring old buildings. If Lexington Square Partners secures these tax credits, they will greatly lower the costs of rehabbing the facade of Read’s and other historic buildings on the site.

What’s more, Superblock is located in a state “EZ” (Enterprise Zone), which will rebate 80% of Baltimore City property taxes back to the developer for the first five years, with decreasing rebates for years six through 10.

The state of Maryland reimburses Baltimore for half of the lost property taxes on this phase of the project.

Another aspect of the agreement involves base property tax assessments.

The developer will be responsible for paying property taxes on the existing land before improvements are made.

In Exhibit B (attached to the main agreement), the city says that because setting the base assessment “is difficult to determine with accuracy,” it will stipulate that “the assessment for the property as of July 1, 2012 shall be deemed to be $550,000 (the Base Assessment) and the Baltimore City taxes as of July 1, 2012 for the Property (meaning just the PILOT Project) shall be deemed to be $12,474.”

Translated, this means that Lexington Square Partners will pay $12,474 a year in base property taxes, plus 5% of the increased assessment from construction improvements – with 95% of the taxes on improvements rebated for the first 15 years.

The developer further agreed to share with the city any profits from the future sale of the property and to voluntarily make 12 of the 300 proposed apartment units “affordable housing.”

The other units will be market-rate because the Rawlings-Blake administration was unable to come up with funds to support the city’s inclusionary housing law.

The law requires 20% of new housing units in Baltimore to be leased to low-income renters if there is a “major public subsidy” awarded to the project.

But the Baltimore Department of Housing and Community Development (HCD) argued successfully that enforcing the law would place a burden of $9,449,059 on the Superblock project, which led to Lexington Square’s offer of 12 low-income units.

The 12 low-income units are not part of the PILOT agreement, but city officials say the arrangement will be honored because the developer promised to do so at an earlier Council hearing.

Chairman Carl Stokes and the two Council members who made a quorum – William H. Cole IV and Edward Reisinger – voted for the measure during a brief voting session on Friday of the Taxation, Finance and Economic Development Committee.

Committee members Bill Henry and Warren Branch were not present.