What’s the latest glitch holding up Howard Park’s 14-year-long quest for a supermarket in a Northwest Baltimore “food desert”?

The demand by Rite Aid Pharmacy for $600,000 from Baltimore City to release a restrictive covenant that’s blocking the financing of a proposed ShopRite grocery store and pharmacy.

Rite Aid no longer owns the parcel at 4629 Liberty Heights Avenue, but it retains restrictive legal language that prohibits locating a pharmacy on the supermarket site.

Top city officials had known about the restriction since at least 2009. But the matter was never resolved, leading to the current delay.

The problem was publicly revealed several months ago when the Klein family – designated by the city as the developer of the new grocery store – discovered it could not obtain private financing because the land title wasn’t clear.

The city solicitor’s office recently began negotiations with Rite Aid to extinguish the covenant. According to multiple sources, the city offered $15,000 for removal of the language, and Rite Aid countered with a demand for $600,000.

“We’re really disappointed,” said Preston Greene, president of the Howard Park Civic Association, who has been briefed on the negotiations.

“We always considered Rite Aid good neighbors. They have many drug stores in the area, but this kind of action makes it seem like they are more interested in money than [in] the people they serve.”

Greene said he has tried to open up a dialogue with Rite Aid officials at their corporate headquarters in Camp Hill, Pa., but has gotten no response.

Lisa Winnick, associate general counsel for Rite Aid, did not respond to a request for comment yesterday from The Brew. Allan Hillman, a Connecticut-based lawyer who is representing the pharmacy chain, said he was not authorized to speak for Rite Aid and referred all questions to Winnick.

UPDATE: The Brew received this emailed response from Ashley Flowers, senior manager for public relations at Rite Aid: “We are in negotiations with the city concerning this matter and hope to reach a solution that will be fair to all parties.”

In response to Rite Aid’s demands, the Rawlings-Blake administration is trying to force the pharmacy – which has 44 outlets in the city – back to the bargaining table through the threat of condemnation. 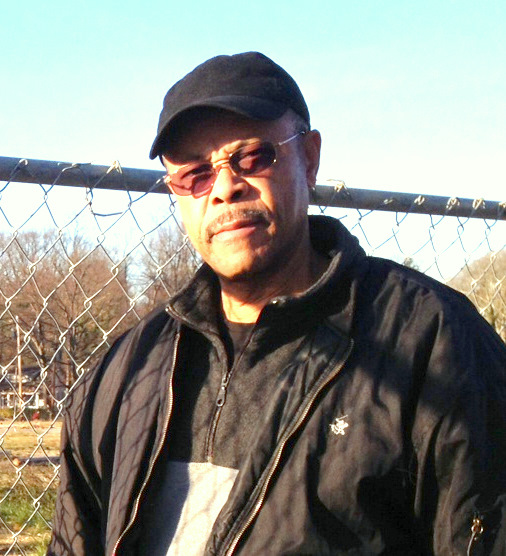 A bill “to acquire by purchase or condemnation” the restrictive covenant has been introduced in the City Council.

City Solicitor George Nilson would not discuss the details of the city’s negotiation strategy, but indicated that he hoped the bill would encourage Rite Aid to reach a settlement.

Greene said his group is extremely frustrated by the city’s failure to resolve the legal issue.

“The people at City Hall have known about this covenant for years, but they didn’t do anything about it,” Greene said.

Greene said his community group had raised the matter many times with the city solicitor’s office and representatives of the BDC.

The Brew has reviewed property and related records of the former Rite Aid store. Here is a time-line of a project that has so far cost taxpayers millions of dollars in land acquisition and demolition costs, but so far hasn’t gotten a supermarket built:

February 2009: The city offers $1.1 million for the property – double what Baklayan paid – based on an appraisal by Gilbert Advising and Appraising LLC hired by the BDC.

Mayor Stephanie Rawlings-Blake, then City Council President, approves the purchase, along with Mayor Sheila Dixon, during a Board of Estimates meeting.

May 2009: The BDC acquires title to the property as part of the 6.6 acres it is assembling for the new supermarket.

August 2011: The BDC is allotted $1,030,286 by the Board of Estimates to clear the land of all structures, including the former Rite Aid building.

The BDC had already spent at least $3 million in acquiring the 6.6 acres (encompassing the old Super Pride and Rite Aid stores) and relocating tenants and other displaced businesses.

August 24, 2011: Mayor Rawlings-Blake announces with fanfare the sale of the land to the Klein family for a ShopRite supermarket and pharmacy. The Kleins agree to buy the 6.6 acres for $2 million, but the city lets the Kleins defer payment on the property until the eighth-year anniversary of the settlement date.

December 6, 2012: The Brew reports that the Kleins cannot obtain private financing because of the Rite Aid covenant. Settlement is postponed until the matter is resolved.

January 23, 2013: Bill 13-0184 is introduced to the City Council “for the purpose of authorizing the Mayor and City Council of Baltimore to acquire, by purchase or condemnation, the fee simple or other interests in certain property known as 4629 Liberty Heights Avenue, and needed for extinguishment of a restrictive covenant.”

February 6, 2013: City Solicitior Nilson tells The Brew he hopes Rite Aid will return to the negotiating table. He declines to say how much the city might be willing to pay to extinguish the covenant.