As workers this morning stuffed the remains of Camp 83 into plastic bags and threw them onto trash trucks, one of the former residents of the homeless encampment watched. She was crying.

“In a way, I didn’t want them to stop the eviction because I knew people were going to help us live somewhere else. People have been so, so nice to us, bringing us all kinds of things,” Tracy Jones said, tears welling up and rolling down her cheeks as she looked at the eviction-in-progress. “I don’t have to live here any more.”

At the same time, Jones said, the sight of them pulling down the tent where she and her husband Charlie had been living, along with other homeless people, was upsetting.

“It was my home for a year,” she said, sobbing, as the workers clambered down an embankment from their garbage trucks. 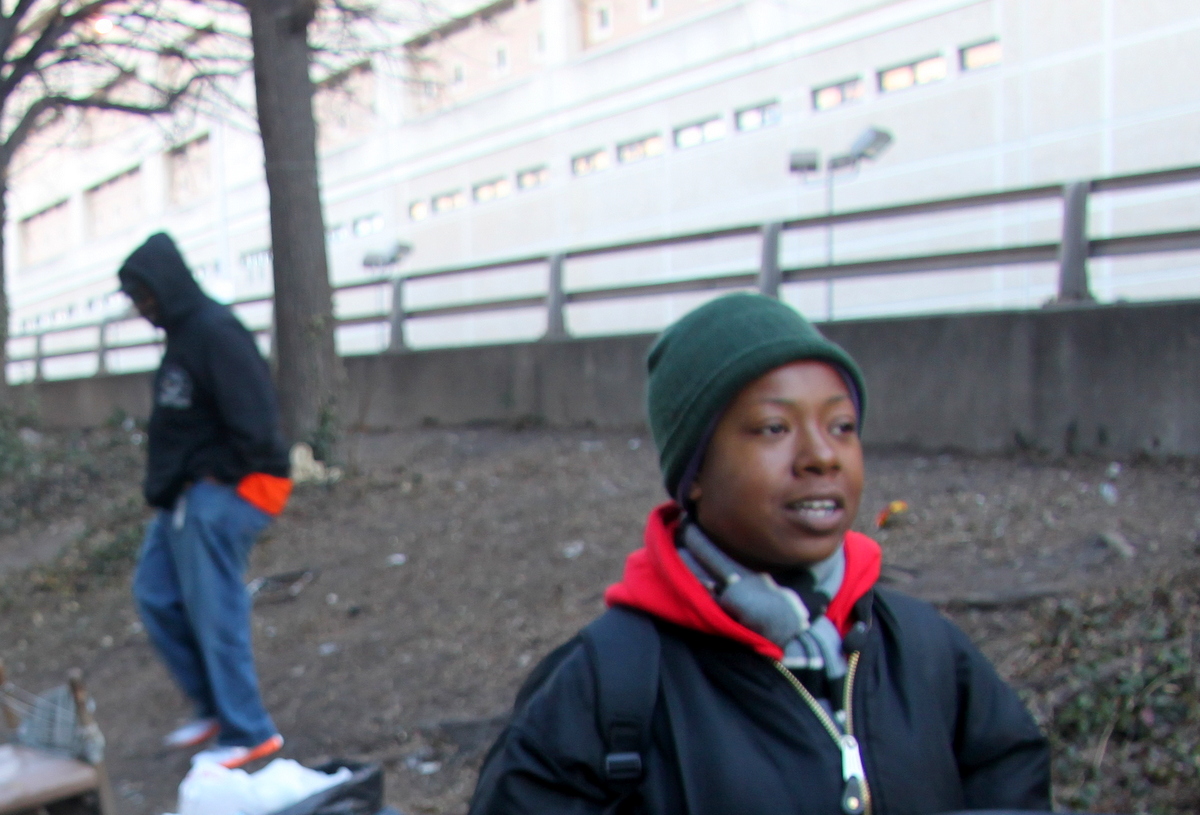 Except for one former Camp 83 resident who was incarcerated, the rest of the group has moved to temporary housing and gave their permission by phone this morning for the city to throw away the remains of their camp, in a sliver of land between the Madison Street on-ramp to I-83 and Central Booking.

Despite weeks of protest from homeless advocates – who questioned why the city wasn’t waiting to find hotel or other housing for the encampment-dwellers before evicting them – the razing took place on schedule. It was a private non-profit group, Belvedere Homes, that came up with a place for the people living there to go.

“This is just shameful,” said Jeff Singer, former president of Healthcare for the Homeless and a longtime advocate for homeless people in Baltimore. 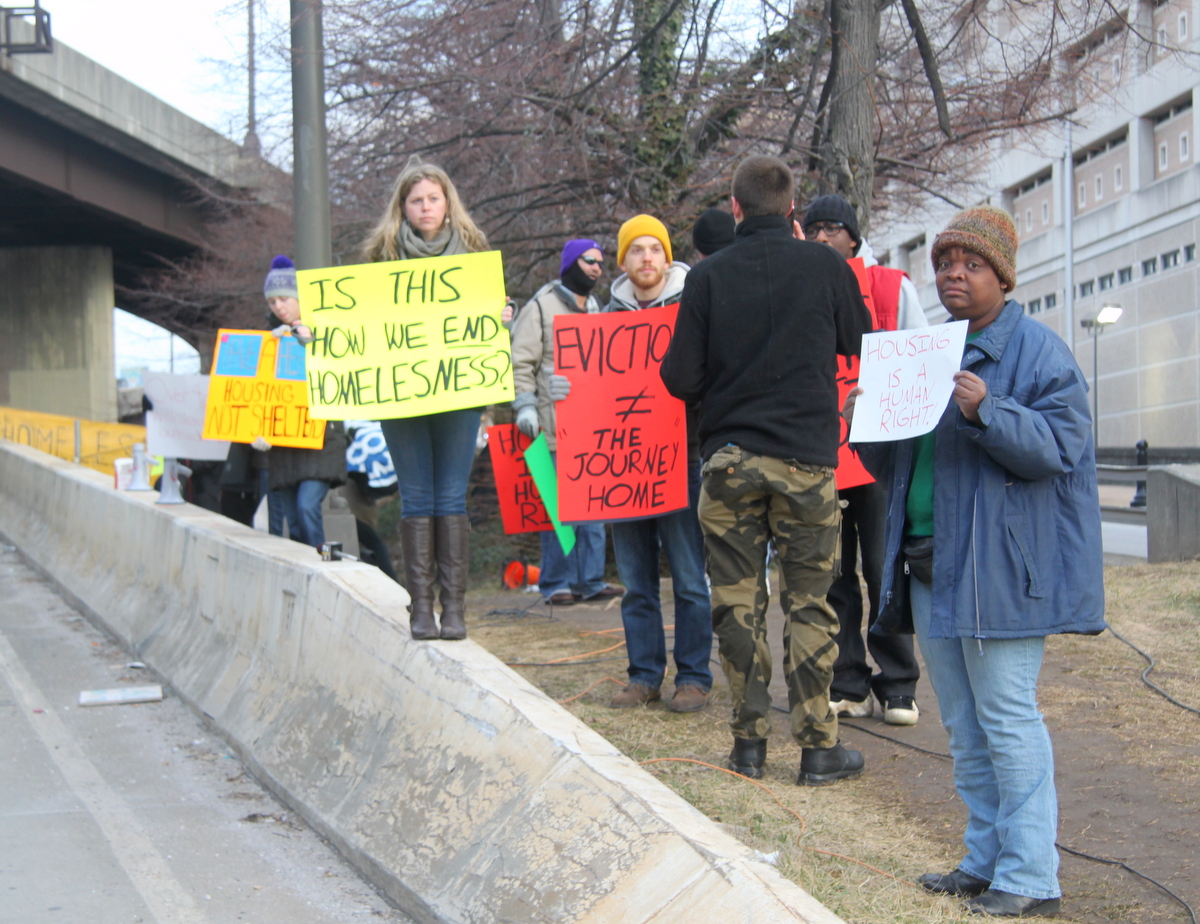 Protesters at the on-ramp to the Jones Falls Expressway north, as city workers cleared the homeless encampment there. (Photo by Fern Shen)

It was left to Gabby Knighton, outreach coordinator in the city’s Homeless Services Program, to explain to reporters the basis for camp clearing that advocates say was needlessly harsh.

“Word came down from above that the camp was a health and safety risk,” Knighton explained to a television reporter. “Some camps just go away on their own, but this one continued for years.”

Also watching the process was Antonia Fasanelli, executive director of the Homeless Person’s Representation Project. She said she was disappointed by the city’s conduct and found it “strange.”

“It became clear that housing was not a priority here,” she said. “The city was simply interested in destroying the encampment and removing the people.”