Temporary non-shelter housing has been found for the homeless tent-dwellers next to the Jones Falls Expressway whose encampment is scheduled to be razed this morning – apparently heading off a police confrontation with the “Camp 83” residents and their supporters.

“There has been a lot of continuing drama and discussion, but we got there,” said Michelle Y. Ewart, staff attorney for the Homeless Persons Representation Project, speaking after a Baltimore City Council committee meeting yesterday on Camp 83.

Ewart ticked off a list of advocacy groups, service providers and city officials as well as representatives of Bon Secours Hospital who worked out the arrangements, all of whom “were brought together by City Councilwoman Mary Pat Clarke kind of stirring things together,” Ewart said.

Among the private groups helping to house the 15 residents of Camp 83 is Belvedere Assisted Living, a non-profit that operates transitional group homes, including a house on East 28th St. called Souls of Hope.

Ewart noted that the city has agreed to store the camp residents’ belongings for 90 days while they continue to work through the lengthy process of pursuing permanent housing using vouchers they have received.

Detente may have been reached and private housing secured but the advocates still plan to show up well before this morning’s 8 a.m. city deadline, when the city has vowed to arrest any remaining residents of the five-year-old encampment.

“I won’t feel confident until all these people are settled and the next 24 hours is over,” Ewart said.

Speaking at the hearing, the president and CEO of Health Care for the Homeless, Kevin Lindamood, tried to ease tensions after a couple of weeks of  what he described as “fighting among ourselves” over Camp 83. “Hurtful things were said,” Lindamood said. “Vulnerable people have been mischaracterized, stereotyped, lumped together.”

Several activists demanded an apology from Olivia D. Farrow, director of the Mayor’s Office of Human Services for her published comments about the camp residents’ “illicit sex” and being “on drugs.” 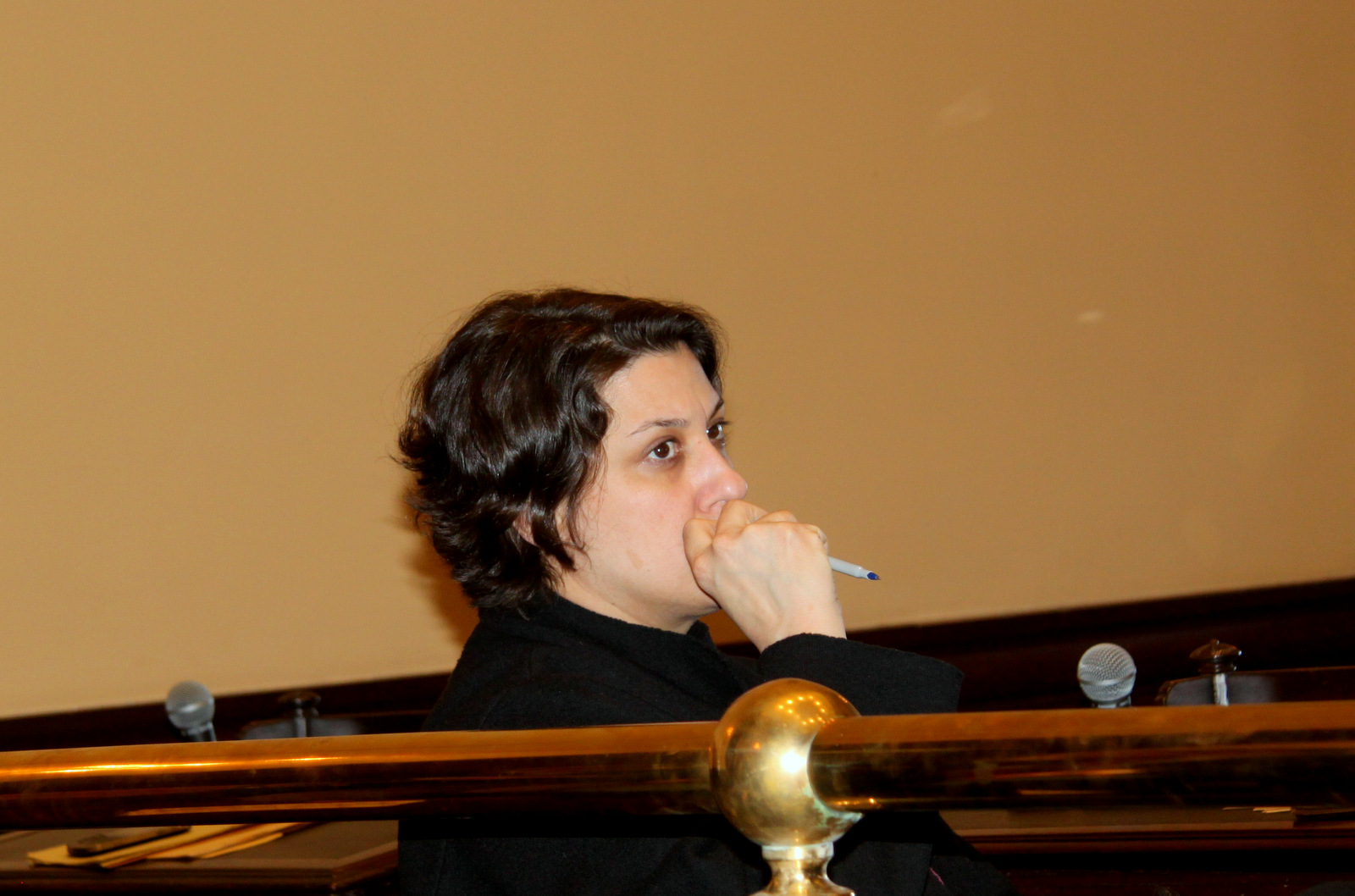 Kate Briddell, director of homeless services for the city, at yesterday’s hearing. (Photo by Fern Shen)

City officials, for their part, who have contended that the camp was a health and safety risk, defended their actions yesterday.

“Know that we stand by our position that we did have a very wide variety of shelter space available throughout the public and private network available for the campers on any given night,” Farrow said.

But much of the public testimony yesterday was from the camp dwellers themselves and their supporters, explaining why they didn’t find the city’s emergency shelter an improvement on an open air urban camp. Tracy Jones said she’d been sexually harassed at the shelter.

Nathaniel Quartermain – the 53-year-old “Mayor” of Camp 83, where he’s lived since April – also tried to explain why “I chose to be outside.”

He said at the shelter he felt his belongings weren’t secure, he’d been grabbed inappropriately “between my legs” by staff and wasn’t able to take his dog inside, noting that he has bipolar disorder and severe depression and needs his animal companion. 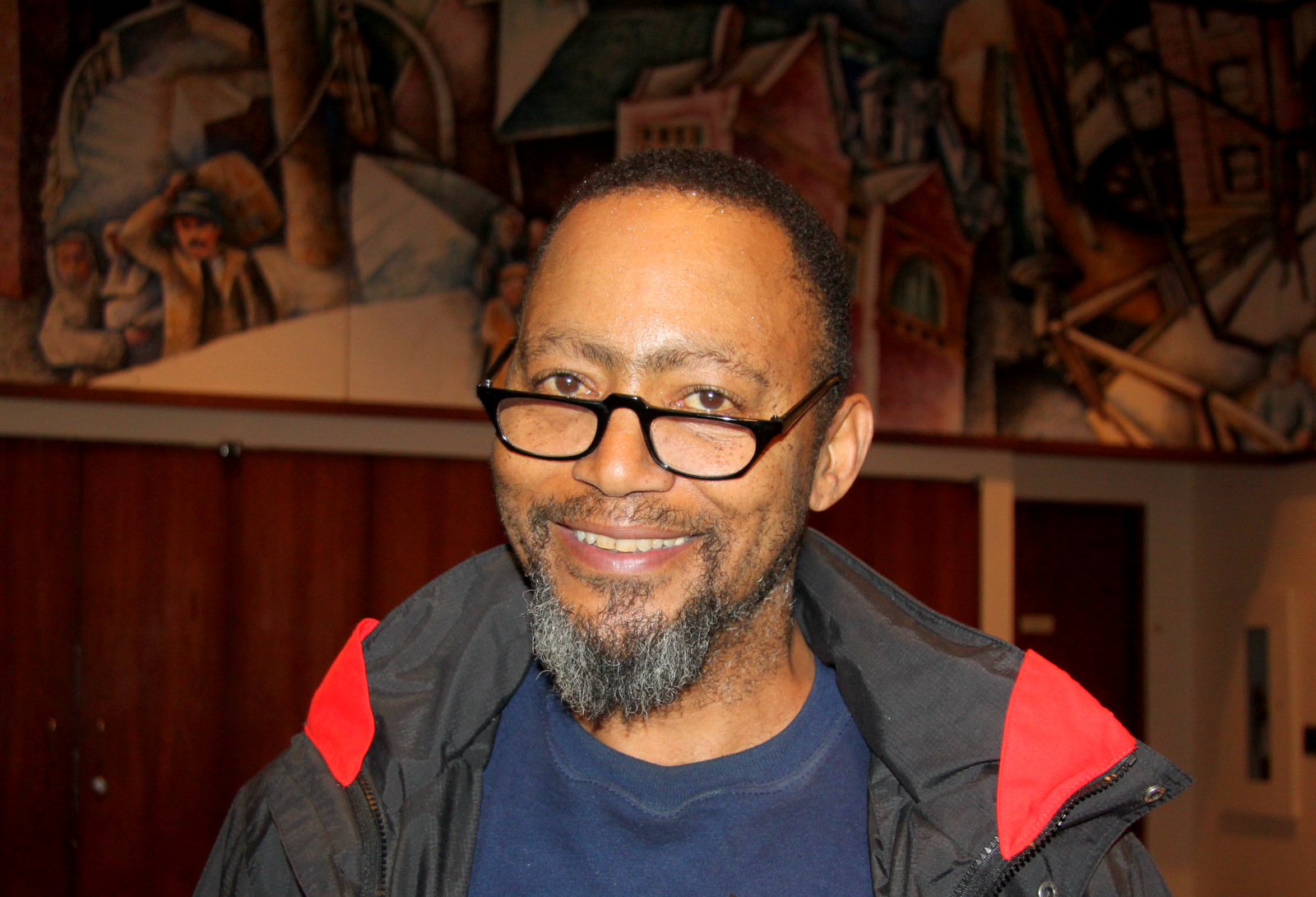 A former Amtrak employee (he said he worked for them for 10 years and ran a dining car) Quartermain said he found emergency shelter rules oppressive, particular the requirement to be in the building by 1:30 p.m.

“I found that appalling [for them] to tell me, as a grown man that I can’t go outside,” he said.

Now he’s got a room in a house near Patterson Park, some furniture and contributes a portion of his social security check toward the rent. “I’m blessed,” he said. A number of ailments, including congestive heart failure, have been aggravated by sleeping outside, he said.

The hearing was technically about Camp 83 but many speakers invoked the larger issues around the city’s estimated 4,000 homeless persons, including the dearth of good jobs in the city that would allow people to afford housing.

“At minimum wage, it takes two-and-a-half jobs to pay the rent,” said James Crawford Jr., of Bmore Housing for All.

Former Healthcare for the Homeless president Jeff Singer said the city’s handling of Camp 83  left him “speechless.” He recalled how the 2005 St. Vincent’s Park encampment played out, with housing found for residents before the place was cleared. “About 85% of those people are still housed today – it was a success,” he said.

Today under a different mayor, “Somehow a different encampment policy has been adopted,” Singer said. “To destroy encampments. To scatter the residents to the winds.”

Next Wednesday, the Council will be looking at the big picture, holding a hearing at 5 p.m. assessing the city’s progress on its Ten-Year Plan to End Homelessness. Councilman Bill Henry yesterday warned Kate Briddell, director of city homeless services, that councilmembers will be asking her about encampments.

“We will need to discuss what the city’s policy is in regard to how these camps are closed,” Henry said. “And if the policy changed over the years, what new information caused the policy to change.”