UPDATE: Council President Bernard C. “Jack” Young added his political heft to the Rite Aid boycott tonight, saying, “We need to send a clear message that the city is not going to be blackmailed.”

Speaking at the Council’s Monday meeting, Young said he endorsed the boycott started by Kim Trueheart and would warn the company’s lobbyist that the drug store chain was risking a backlash if it held up construction of the Howard Park ShopRite any longer.

The district’s representative, Sharon Green Middleton, said she also backs the boycott and planned to attend the rally scheduled at the Rite Aid store on 3804 Liberty Heights Avenue on Saturday.

The Howard Park Civic Association, backed by 26 other community groups, is calling for a boycott of all Rite Aid stores in Baltimore because of the company’s refusal to settle a property claim with the city.

“Rally against Rite Aid’s greed put before our need,” says a poster prepared by the association. “Let us stand together to fight for Fresh Food in the community.”

Howard Park Association President Preston Greene said today that while the group had been preparing for a boycott starting Saturday, it is moving up the timetable and calling for an immediate boycott all 44 Rite Aid outlets in Baltimore.

He said the boycott has the unanimously backing of 26 other community associations that form the Northwest Development Roundtable.

“We are hoping for a snowball effect,” he said of the boycott, to express “the community’s displeasure” with the company and to break a legal deadlock that has snarled the Howard Park project for more than a year. 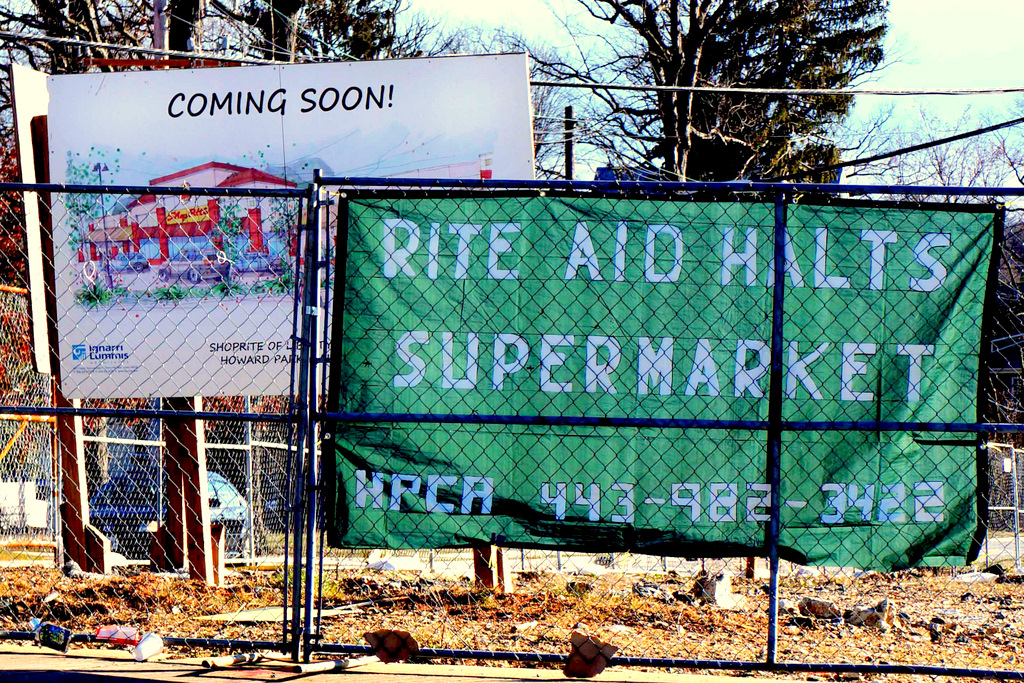 Citizen activist Kim Trueheart started a one-woman boycott of the Rite Aid at 3804 Liberty Heights Avenue two days ago, as rumors swirled that the company was planning to file suit against the city to stop the proposed Howard Park grocery store unless the city met its demands over removing a restrictive covenant on part of the property.

The restrictive covenant bans the sale of beauty supplies, pharmaceuticals and other items on the 0.6-acre parcel, which is part of ShopRite’s much larger grocery-pharmacy complex subsidized and sponsored by the city.

George Nilson, the city solicitor, is expected to hold negotiations  tomorrow with Rite Aid, which had demanded $600,000 to remove the covenant. The city has said it will pay only $15,000. Nilson could not be reached for comment today. 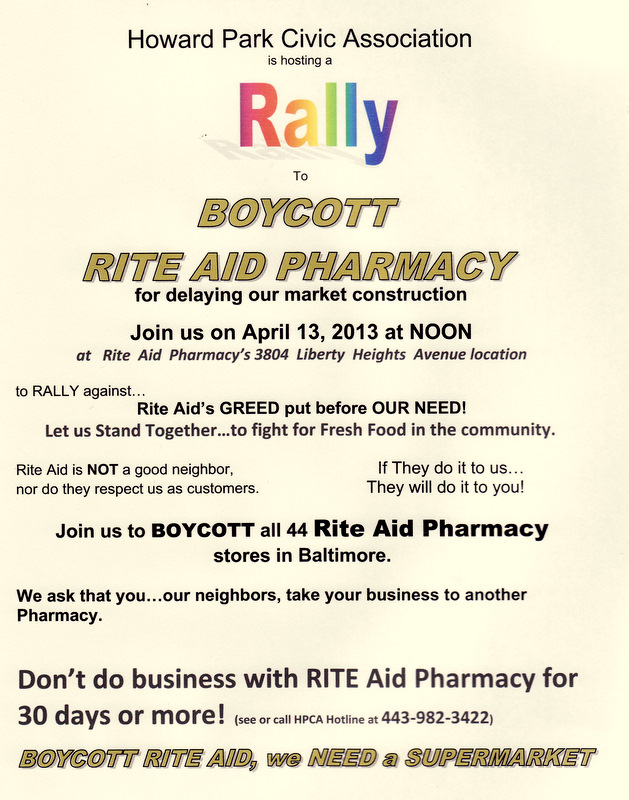 Rite Aid is reportedly threatening to ask for a court injunction to stop the project as early as Wednesday if the matter is not resolved. Rite Aid has not yet responded to inquiries from The Brew for this story.

The Baltimore Board of Estimates, meanwhile, has passed an amendment to its land disposition agreement with ShopRite calling for the company to “carve out” the disputed parcel and start preliminary work elsewhere on the site.