Mayor Stephanie Rawlings-Blake took time out from a Las Vegas shopping center convention this week to officiate at the wedding of City Hall’s two top lobbyists.

Mayor Rawlings-Blake and 10 other city officials were already in Las Vegas on a taxpayer-funded trip to the Global Real Estate Convention. The mayor was at the convention to “promote the city as an attractive place to locate or expand,” her spokesman, Ryan O’Doherty, earlier told The Brew.

The Jones-Malone nuptials were covered by the Afro-American and posted on the lobbying firm’s website.

“Something is very wrong with this,” said Jennifer Bevan-Dangel, executive director of Common Cause Maryland, referring to the mayor’s participation in the lobbyists’ wedding.

“It’s natural [for politicians] to develop personal relationships, but the burden is on the public official to be extra careful, to perhaps recuse themselves, to disclose and to take other public steps that show [that] the relationship will not be influencing their decision-making.”

She added, “A democracy works only if everyone’s voice is equal. When you have a situation when one person has a strong relationship with a decision maker, it inherently creates an imbalance.”

A friend of Rawlings-Blake’s dating back many years, Jones can be seen breakfasting with the mayor in Fells Point. She’s a member of the Mayor’s Advisory Council on Minority and Women-Owned Business, which last month recommended new ground rules for minority contracting in the city.

Jones was divorced last May from Pless B. Jones Sr., whose certified minority business, P&J Contracting, has received tens of millions in city demolition contracts over the years. 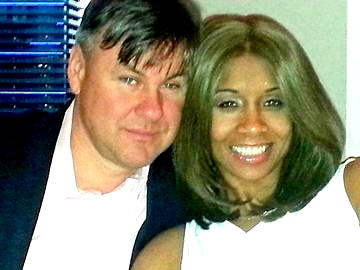 He ran the governor’s campaign for City Council in 1995 and served as chief legal counsel to the Police Department and labor commissioner during O’Malley’s tenure as mayor.

Malone took a state position after O’Malley became governor, and was the governor’s deputy legislative officer when he left in 2008 to become a lobbyist with the Jones firm.

Harris Jones & Malone is the most active lobbyist group in municipal government, its members a fixture at City Hall and at City Council hearings.

They are the paid representatives of 23 of 56 companies and development groups that filed lobbying forms this year to the city ethics board, according to the Baltimore Sun. 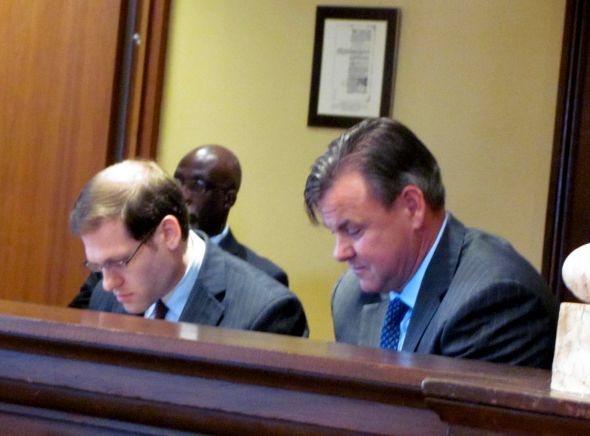 Among their roster of clients are Lexington Square Partners, developers of the long-stalled “Superblock” on the Westside; Xerox Corp., Verizon and Baltimore Gas & Electric.

The Jones firm is also one of the most prominent lobbyists in Annapolis.

Between November 2011 and October 2012, Jones reported $942,695 in compensation for lobbying on behalf of her clients, according to the Maryland Ethics Commission.

They Did it Their Way

According to the Afro story, the bride came down the aisle on Tuesday to a song from Frank Sinatra, whose music highlighted the wedding and reception.

The “non-traditional” wedding reception “included a bar crawl to some of the swankiest hot spots in the Vegas strip,” the article added.

In addition to lobbying, Lisa Harris is co-host of a Center Maryland podcast on Maryland politics with Damian O’Doherty, principal and co-founder of KO Public Relations.

Ryan O’Doherty, the mayor’s spokesman and (and Damian’s younger brother), has not responded to Brew requests for comment.