Shouting from her seat, one spectator called for the firing of Baltimore’s Public Works director, while another urged citizens to stop paying water bills in protest.

Comptroller Joan M. Pratt, meanwhile, called out a Department of Public Works budget specialist for “disrespect,” accusing him of laughing at her as she complained that DPW blew off meeting with her Department of Audits yesterday, keeping them waiting until 6 p.m.

Hostility ricocheted all over the Board of Estimates meeting room today, amid a 3-2 vote to increase water rates 41.7 percent over three years – shortly after the city auditor announced his finding that the increase supported by Mayor Stephanie Rawlings-Blake is “higher than necessary.” But, citing “literally crumbling” water and sewer infrastructure, the mayor and her staff said the rate hikes for city customers just had to be.

“Our system is broken, failing and in need of major repair,” Rawlings-Blake said, reading from a prepared statement. “I just don’t have the luxury to vote no.”

Neither, apparently did Deputy City Solicitor David E. Ralph (standing in for his boss, City Solicitor George Nilson) nor Public Works Director Alfred H. Foxx (effectively voting his agency a major revenue boost.) The two men, representing seats on the spending panel controlled by the mayor, both voted “yes” for the rate increase.

The vote caused a sensation in the room because City Auditor Robert L. McCarty Jr., had just finished reading his 5-page critique of the administration’s proposed water bill increase – including his recommendation that, if water bill increases must be prescribed now covering the next three years, the increases should be 13%, 11% and 11%.

The panel’s rejection of the auditor’s advice was doubly sensational because it also followed last week’s turbulent Board of Estimates meeting, in which angry residents accused city officials of “terrorizing” residents and driving them out of the city with onerous fees and erroneous water bills. Activist Rhonda Wimbish handed in 650 letters of protest over the rate increase. The Department of Audits asked for the vote on the unprecedented water and sewer increases to be delayed, so they could see whether the increases were justified.

The short answer today from McCarty: No. 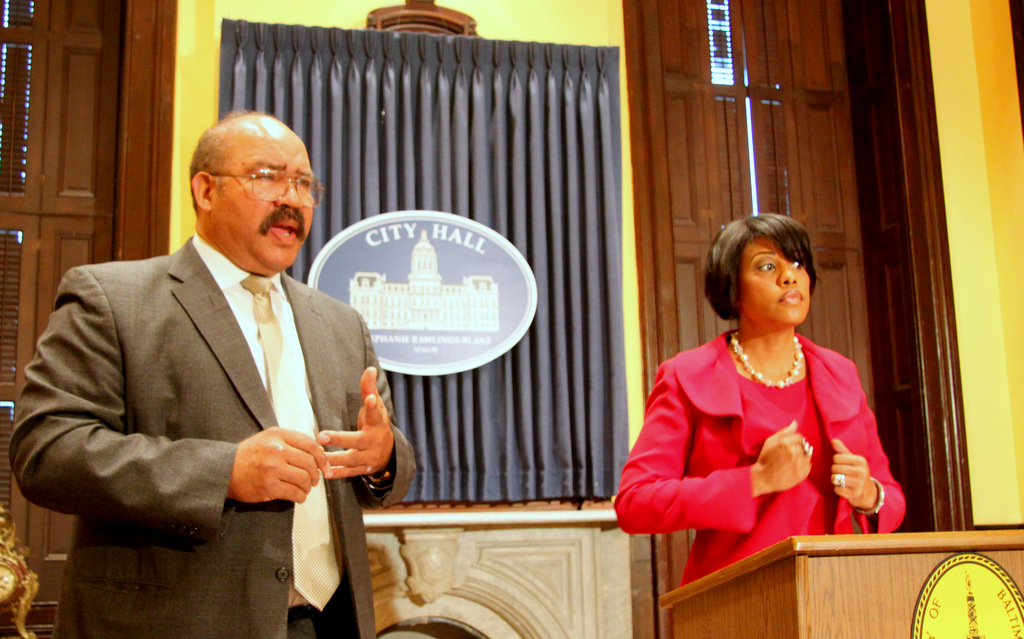 In his response to the auditor, Water and Wastewater chief Rudolph S. Chow defended the amount of reserves factored into the rate increases, saying it conforms with the practice of most other jurisdictions. (He cited a 2002 Association of Metropolitan Water Agencies survey of 99 member utilities finding that only three had less than 30 days cash in hand.)

Reassessing Yearly, Instead of Every three Years

McCarty also criticized factoring into the rate hike projected spending for “Asset Management Division” projects, a category which in 2014 included $257,698 for “City Staff Augmentation” and $1.8 million for “Consultant Staff Augmentation.”

DPW’s total anticipated extra cost for this category from 2014 to 2019, according to McCarty, is $31 million.

Chow said such expenditures are needed to provide “financial stability” and “additional efficiency to the utility through condition assessment and strategic investment in utility infrastructure which will reduce operational costs.”

“Though implementation involves considerable consultant expense,” he said, “the program will create 200 City jobs once it is fully implemented.”

He questioned the idea of a three-year increase and recommended limiting the rate hike to one year – or if  three years of increases were established, evaluating actual results of operations each year to see if rates can be lowered. Chow said the three-year schedule of increases provides the “the stability required to effectively manage a utility.”

Backing up his recommendation that the city do a better job of collecting unpaid water bills, McCarty outlined what the city is owed.

According to a report from the Mayor’s Office of Information technology, there are 15,063 delinquent accounts with outstanding balances of $24.5 million. (They define “delinquent” as more than 260 days overdue.)

Referring to the owners of the Sparrows Point steel mill, which received city water,  McCarty subtracted their $7.3 million debt from the total (“because it is our understanding that those accounts are part of the ongoing bankruptcy proceeding”). He came up with a total amount owed to the city of $17.2 million.