Ziplock bags of peanuts were offered to passersby outside of City Hall tonight – in protest of the City Council’s “steamroller” approval of a TIF tax subsidy for Harbor Point and a Councilwoman’s characterization of opponents of the project.

“Peanuts from the peanut gallery,” said one of the 60 members of Local 44 of AFSCME who were reacting to Rochelle “Rikki” Spector’s remark last week that protesters of the luxury waterfront development were a “peanut gallery.”

They and other protesters – including Father Joe Muth and Rev. Glenna Huber who asked the Council to display courage during the opening invocation – watched as the TIF financing package was overwhelmingly approved by the body.

The approval followed an unusual maneuver, sanctioned by Council President Bernard C. “Jack” Young, to suspend Council rules to allow the legislation to come to a vote without the approval of the chairman of the tax committee that handled the bills.

Carl Stokes, chairman of the Taxation, Finance and Economic Development Committee, refused to sign the three Harbor Point bills after he stalked out of last Wednesday’s hearing, which he said had been “hijacked” by Young and other councilmen.

Stokes’ refusal meant that two-thirds of the Council had to agree tonight to suspend the rules in order to vote on the bill.

During the vote on the actual bills, Bill Henry (4th) joined the dissidents in disapproving legislation providing up to $125 million in city bonds to underwrite public improvements at the 28-acre site. (That figure includes legal and underwriting costs, plus a reserve fund, to finance the $107 million sought by developer Michael Beatty.) 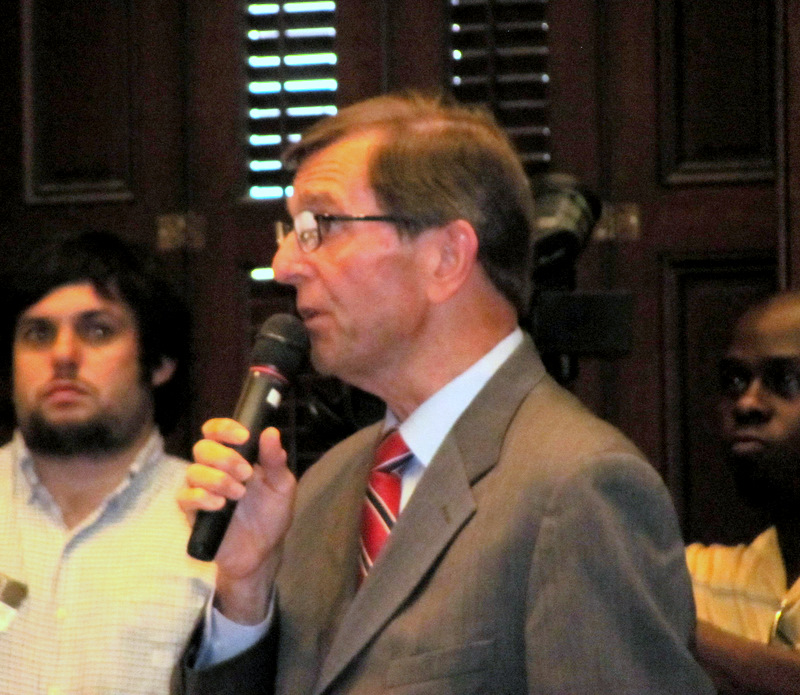 Henry said he believed the TIF amount should be lowered to about $30-$35 million, similar to a proposal put forth last week by the Greater Baltimore Committee.

Among the 12 Council members approving the financing bill, only Councilman James B. Kraft spoke of his reasons for supporting the TIF, which uses the development’s increased property taxes to pay off the bonds.

Kraft, who represents the First District where the project is located, said he was following the wishes of community groups.

He said there was “much to do” about the Fell’s Point Residents Association backing away from its prior support of Harbor Point. He characterized the group’s action as simply 34 people choosing to vote at a meeting.

He said the city had an obligation to help Beatty build infrastructure at the site, which was a former toxic dump – the remains of a chromium processing factory – sealed to bury the wastes.

“The issue is the cap of Harbor Point,” Kraft said, adding that the owner of the dismantled factory, Honeywell International, has a $100 million indemnification for any environmental hazards that might occur at the site.

“They are not going to allow irresponsible penetration of the cap” by the developer, Kraft said.

Stokes called the bills approved by the Council tonight – they still face a pro-forma final vote at the Council’s next meeting – “the worst piece of legislation I’ve ever seen” in the 11 years he has served on the City Council.

He denounced last week’s hearing as a “bastardization” of the Council’s rules in which amendments were not heard by his committee before Councilman Edward Reisinger – backed by councilmen Warren Branch and Willam H. Cole IV – called for a vote on the legislation. 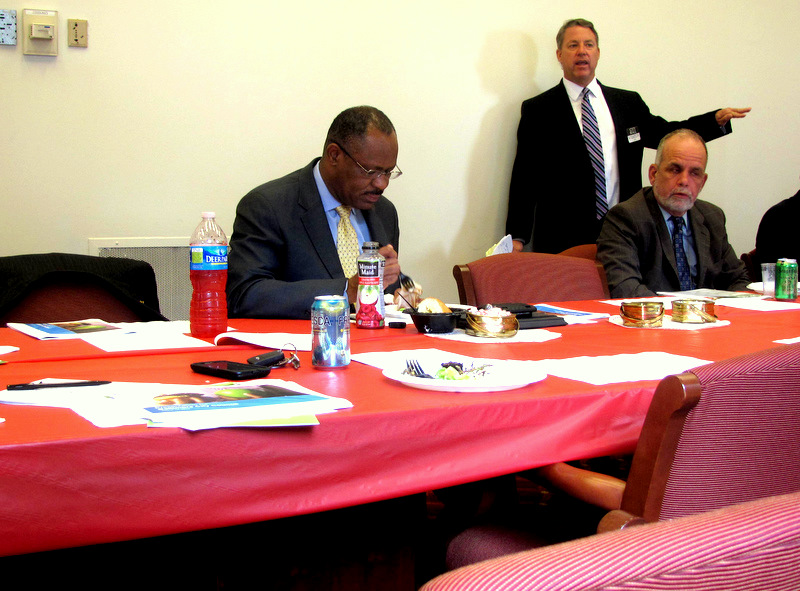 After Stokes walked out of the hearing in protest, the councilmen voted 3-0 to approve the TIF subsidy and related measures.

Stokes repeated his accusation that the Council – and public – has not been given all of the facts regarding the subsidies for Harbor Point.

(Today, The Brew reported that about $95 million of the city’s future federal highway allocations will be earmarked for the project – something not made clear by the Rawlings-Blake administration during the hearings or in material released to the public.)

“I feel so strongly we have polarized our city for no good reason at all,” Stokes said, adding that he believed that the office and apartment project, which includes the new headquarters for Exelon Corp., needed “not a dime” of city money to go forward.

He said the city’s own financial projections showed that the Beatty group would earn a 10-11% return on the project without city funding. With the TIF subsidy, the developer is projected to earn between 14-15%.

“It is not the responsibility of the taxpayers of Baltimore to guarantee a large profit” to the developer, Stokes argued, as his fellow Council members sat stony-faced and protesters in the Council’s balcony broke out in loud clapping and cheers. 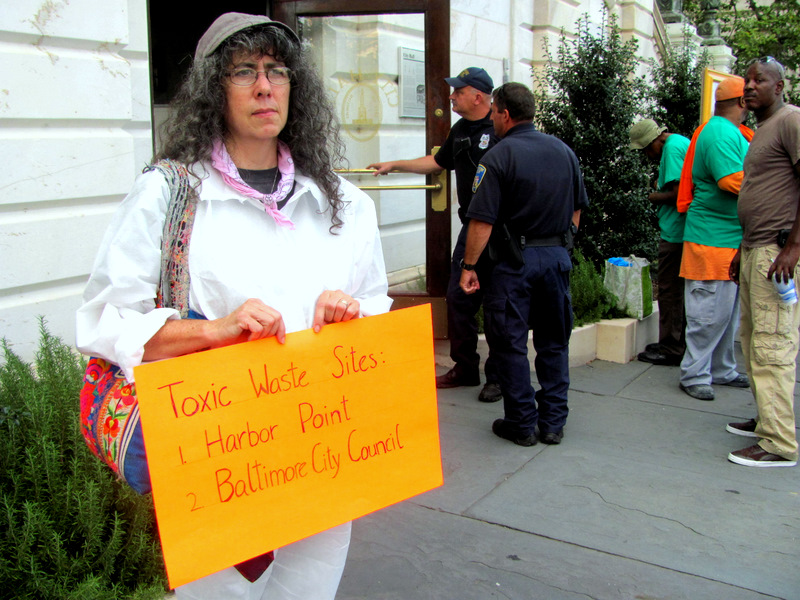 Lauren Siegel protests in front of City Hall tonight. Harbor Point is to be built atop a former chromium-processing factory whose grounds have been sealed with a protective cap. (Photo by Mark Reutter)