In her 10-year plan to reform municipal government, Mayor Stephanie Rawlings-Blake calls for the following: “Overall, streamline the number of full-time city positions by at least 10% over the plan period.”

That translates into a yearly 1% reduction of the 14,500-strong workforce between now and 2022 – a distinctly unambitious goal given that retirements alone account for way more than a 1% turnover in most city agencies.

In some departments, the personnel reductions promised by the much-publicized plan lie far in the future.

Take the Department of Housing and Community Development (HCD). Its full-time funded positions went up by 29 positions last year (from 429 budgeted to 458 approved by the Board of Estimates) and are projected to rise to 473 this year.

Other agencies have trended downward modestly, such as the Board of Liquor License Commissioners (25 budgeted positions last year, 24 positions in FY 2014).

For the most part, though, city staffing is about the same now as it was two or three years ago. What’s critical, though, is who within an agency is facing cutbacks – and at what pay level.

Example: Baltimore firefighters and officers last month signed a three-year contract that will boost their work weeks to 48 hours and eliminate 140 firefighting positions over the next three years.

Such “streamlining” came after Fire Chief James S. Clack, in one of his last moves before retiring, created two new administrative jobs at downtown headquarters, each paying about $100,000. 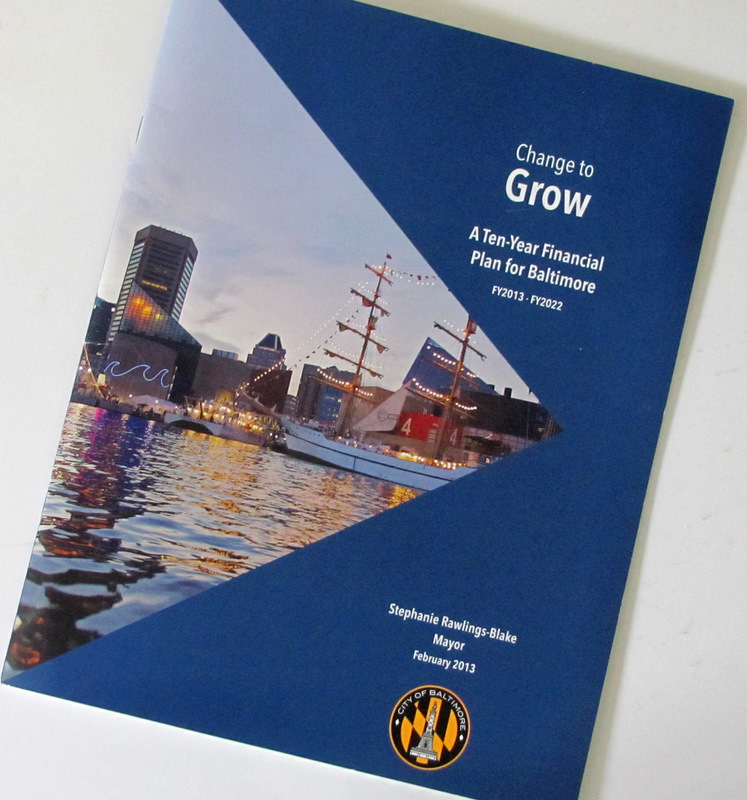 Clack earlier created two deputy chiefs to replace Donald W. Heinbuch, who had tutored Clack in the ways of Baltimore (as opposed to Minneapolis) firefighting before he was asked to retire.

And so the trend continues masked in the Board of Estimates’ boilerplate section titled “Personnel Matters.”

Based on recent board actions, the rule of the thumb is this: a few (usually vacant and low paying) positions get the axe, such as “Office Assistant II – Police Department,” while a crop of $60,000-a-year-plus jobs are planted.

Ironically, many of the freshly-seeded administrative posts are justified in the name of the mayor’s 10-year plan, giving new meaning to the administration’s slogan, “Growing Baltimore.”

Here’s some of the new positions approved at the last two BOE meetings on August 28 and September 4, along with their salary ranges:

• Project Manager, Department of General Services ($65,400), tasked to “develop a proposal for an improved and unified permitting mechanism pertaining to Special Events for the City of Baltimore.”

• Financial Assessment Specialist, General Services ($40,000), whose job is to review the 10-year plan’s recommendations for leasing the city’s vehicle fleet.

At yesterday’s board meeting, City Comptroller Joan Pratt objected to the creation of the new Water Bureau positions.

She complained that there has been “a great effort to increase management” at the expense of underpaying the staff engineers who “are training the consultants that we pay double and triple their salaries.”

Rudolph S. Chow, chief of the bureau, said the new positions and salaries were necessary to stem the exodus of personnel from the department.

With the partial exception of Pratt, Mayor Rawlings-Blake, Council President Young and the other board members approved the added personnel cited above.

At the same time, the board underscored the city’s “brain drain” by signing off on a $6.2 million water consulting contract with Johnson, Mirmiran & Thompson, a Sparks, Md., engineering company, and $1.33 million for sewer inspections by Rummel, Klepper & Kahl (RK&K).