Baltimore’s school board last night approved a Memorandum of Understanding that advances the massive school construction initiative approved in the last legislative session – and congratulated the team that hammered out the 54 pages of terms in the city, state and school system agreement.

“I can’t say enough how exciting this moment is,” said Baltimore City Board of School Commissioners Chair Shanaysha Sauls.

The agreement obligates the parties to a combined $60 million per year in funding for a comprehensive plan to renovate and replace the city’s outdated and dilapidated public school facilities.

The agreement launches an initiative that will finance $1 billion for building 15 new schools and fully renovating another 35. It’s the first phase of efforts to address what advocates say are $2.4 billion of critical facilities needs district-wide.

The agreement specifies the roles and responsibilities of the parties, making clear that the Stadium Authority is to oversee financing of the so-called 10-year plan (also referred to as “The 21st Century Building Plan”), and that the city school board has final say on educational issues.

It also sets up a structure for parties to address a range of issues, including architectural design, local hiring, procurement rules and minority business participation.

“Opt-out” points are provided for the parties as well, including MSA’s right to withhold funds if the school board fails to proceed with scheduled school closures as part of the initiative’s consolidation plan.

Revenue contributions – including receipts from the city’s bottle tax and 10% of rent and table game proceeds from the new Baltimore casino – are also specified. 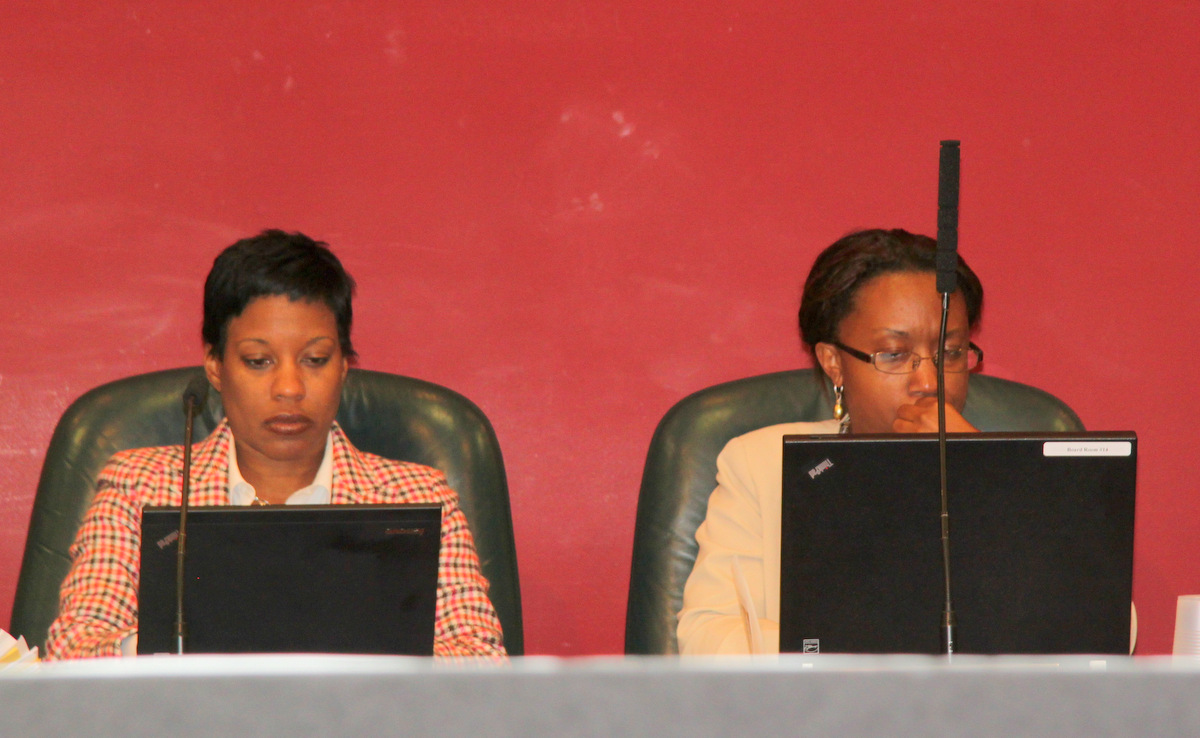 Already taking place in neighborhoods where the new schools are planned are “visioning” meetings to get broad input on how best to use the 3,000 square feet in space for community uses promised in each new school.

“Are there medical clinics that can be housed in the building? Day care? Career education? If there is a pool, should there be community access? These are things the schools and the community will be meeting to talk about,” said Bebe Verdery, director of the Education Reform Project for the American Civil Liberties Union of Maryland.

“We are way beyond bathrooms with stall doors that close and windows that open and shut,” Verdery said. “Those things are a given.” (A separate MOU between the schools and the city is being prepared to specify community and after-hours use of school facilities.)

Addressing the commissioners, activist Kim Trueheart said a visioning meeting she attended at Forest Park High School the previous night was “wonderful,” but added that there were no parents in attendance. “We’ve got to work on that.”

Trueheart also said the Memorandum of Understanding should have specified a role for not just city school officials (“You all are appointed”), but for the City Council, “the elected representatives of the people.”

Another speaker who addressed the commissioners was state Sen. William C. Ferguson IV (46th District), floating the idea of creating “community investment zones” to revitalize the neighborhood around a renovated school, as well.

“The problems of Baltimore’s neighborhoods are greater than the problems of just city schools,” he said. “To overcome the challenges we need a holistic approach.”

He described creating “a structured, targeted zone where development resources could be concentrated” and investment in schools could be “leveraged” with other resources. He described involvement by non-profits and by the city housing department through its “Vacants to Value” program. 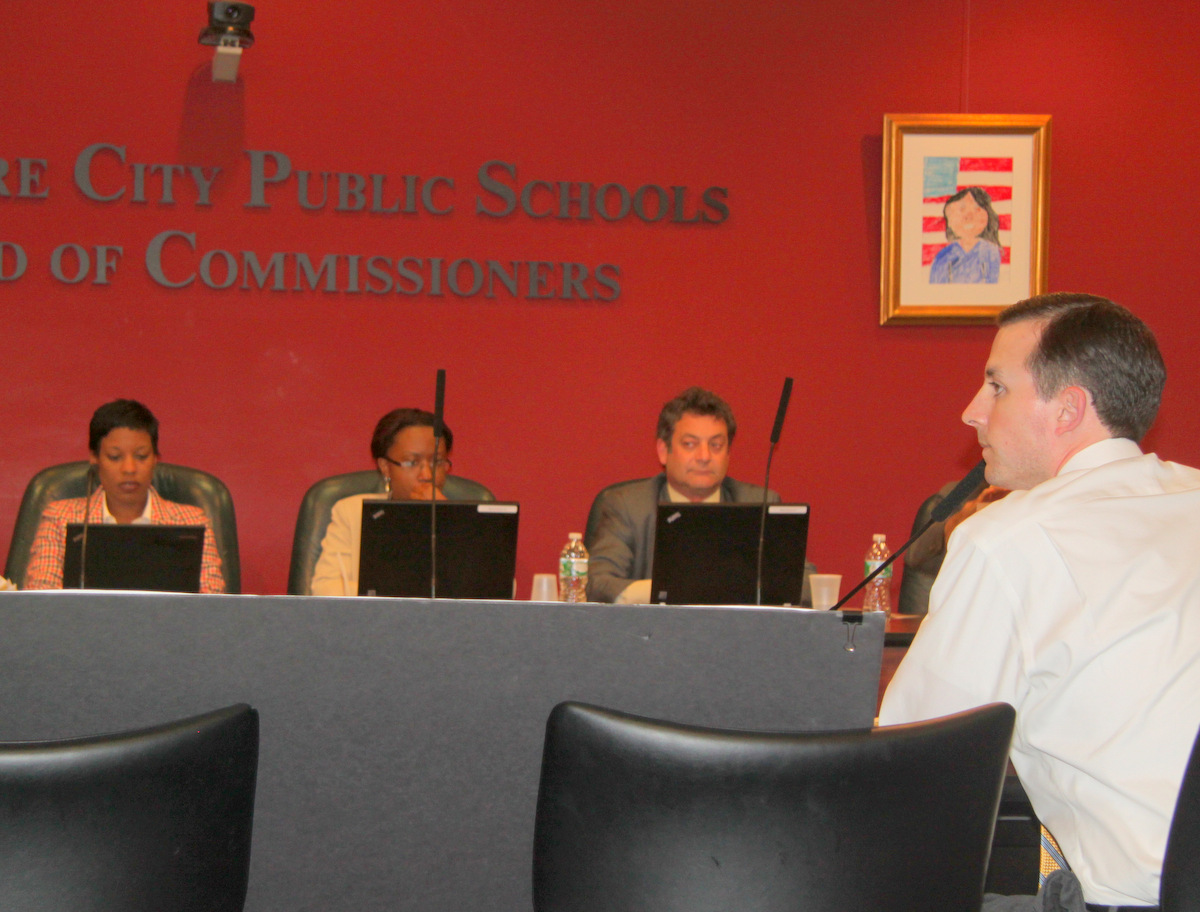 Speaking later with The Brew, Ferguson said he had been thinking generally about the idea and saw it well articulated in an op-ed by a local architect, Davin Hong, who also addressed the commissioners.

During questioning by the board, Commissioner Cheryl Casciani asked Ferguson if he was proposing these zones for all of the new or renovated schools?

“Ideally it would be everywhere,” he said. “Realistically, it might just start in some pilot sites.”