Sorry for the palindromic headline, but Mayor Stephanie Rawlings-Blake’s tweets and selfies and phone calls from her Panama trip with Vice President Joe Biden have us feeling giddy with the vicarious thrill.

She is not only checking out one of the engineering marvels of the world (which is being expanded in a way that helps the Maryland port), she’s hanging with President Obama’s right-hand guy.

And she even enlisted the vice president in a local political battle against southwest’s Morrell Park neighborhood, which has been resisting a proposed 30 -to-40-truck-an-hour railyard needed to unload freight for the expanded port.

The $90 million facility has already been turned away by the wealthier Maryland jurisdictions – Howard, P.G. and Anne Arundel counties – whose residents said they didn’t want to hear the racket of shifting rail cars or sniff the diesel fumes. Those folks in the suburbs say they really like the mayor’s idea of putting the terminal inside Baltimore, a strategy the veep and Rawlings-Blake were touting this week.

“Well, this caught me off guard: @JoeBiden and @MayorSRB called me from Panama to talk about Baltimore’s port,” the Baltimore Sun’s Luke Broadwater tweeted yesterday, subsequently writing a story. (Morrell Park residents told The Brew today they remain staunchly opposed to the project and have a petition with nearly 1,000 signatures and the support of 20 community associations.)

On top of all that, the mayor has been defending herself, via Twitter, against hometown suggestions that the federal-government-sponsored trip might be something of a boondoggle.

WBFF-Fox 45 has been particularly aggressive:

“@MayorSRB what specifically will your role be #BidenPanama” they asked her on Twitter Monday, also posing to viewers and followers a “QUESTION OF THE DAY: Should MayorSRB be on this trip to Panama?” 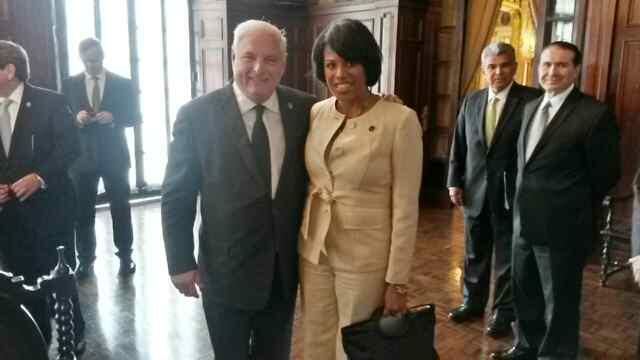 Her Honor fired back four replies to @FOXBaltimore in quick succession:

Going to #BidenPanama bc the Panama Canal expansion will have significant impact on US ports, including Port of Baltimore.

The opp to advocate for the Port of Baltimore is a huge accomplishment. Canal expansion is huge for the US economy and Balto 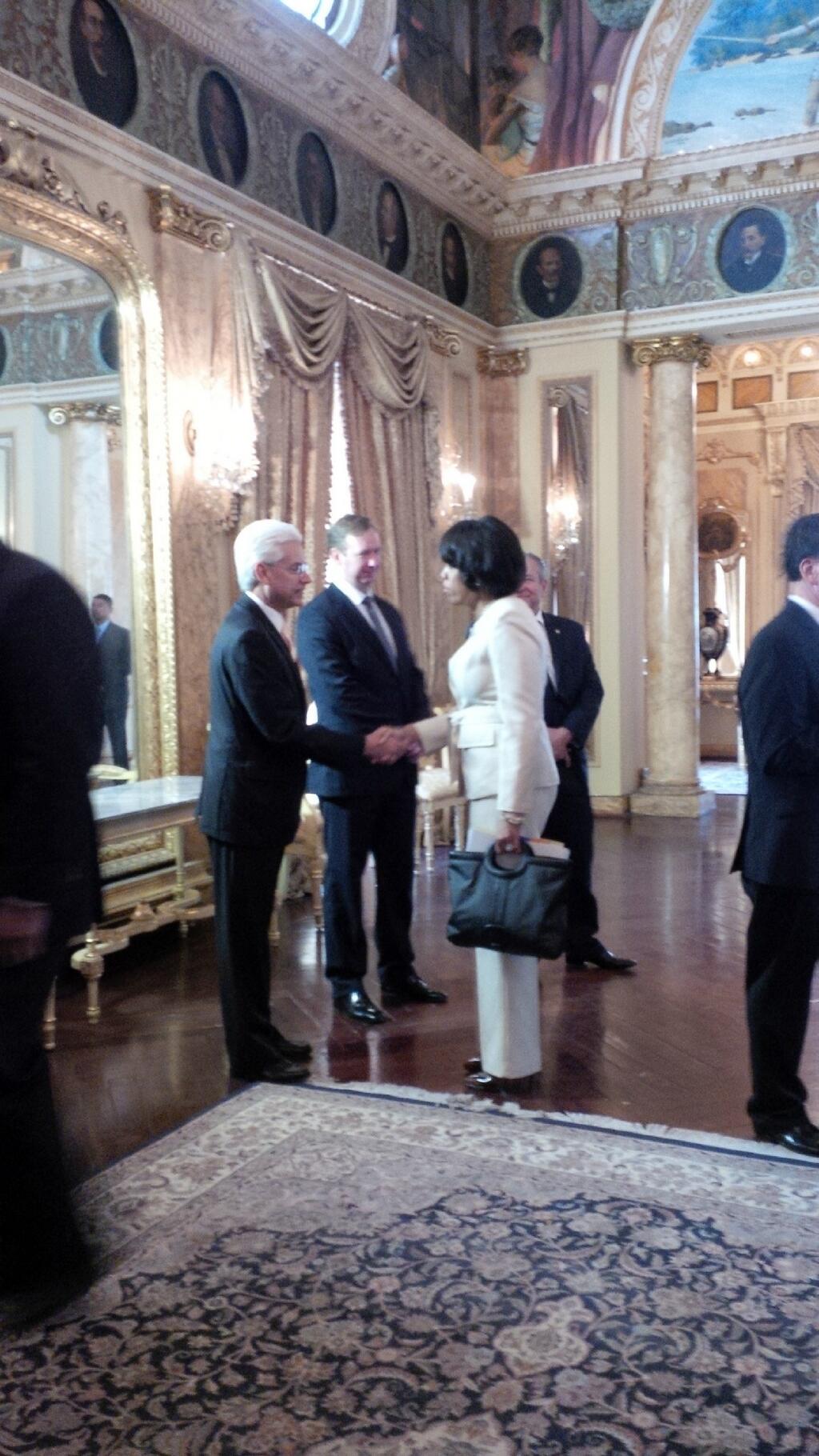 Port of Balto is 1 of 2 ports on the East Coast capable of handling super-sized container vessels. #PanamaCanal expansion will impact POB

In short,#PanamaCanal expasion will bring JOBS to the Port of Baltimore. Major economic development for Baltimore!

It’s not exactly the Gettysburg address, but public policy seems to come in 140-character-or-less snippets these days, as do the salvos fired by her defenders.

“MayorSRB god forbid you try to expand the Port without the local FOX station up your ass,” the Baltimore Media Blog chimed in.

President Martinelli is a Terp!

The next day, Mayor Rawlings-Blake noted that Panama’s President Ricardo Martinelli “complimented @portofbalt for being aggressive with dredging to 50′. Says it’s necessary.”

As we have pointed out, neither the mayor nor the city runs the Port of Baltimore. That’s the job of the Maryland Port Administration, whose executive director, James J. White, may have been a more qualified participant in the mission. Which may explain why the mayor’s comments were more travelogue and a novice’s enthusiasm than policy paper:

“President Martinelli says he loves #portofbalt! His father worked in Baltimore and brought him to the port as a child.”

“Did you know? President Martinelli is a Terp! He went to University of MD-College Park. Says he loves Baltimore.”

To be fair, the other members of the delegation were tweeting about the trip, sending snapshots and promoting the economic benefits to their local audience of voters. They included Philadelphia Mayor Michael Nutter; Kasim Reed, mayor of landlocked Atlanta; and U.S. Rep. Debbie Wasserman Schulz of Florida

“There was discussion about direct airline service from Panama to Phila, will follow up upon my return, and there is interest in PHL Airport!” Philadelphia’s Nutter tweeted.

As for Rawlings-Blake, those who missed the tweets and want to find out more about her trip – the dignitaries, the sightseeing, the economic benefits – may have another opportunity.

The Mayor also tweeted that she will be “sharing some of my moments on #BidenPanama with @essencemag.” 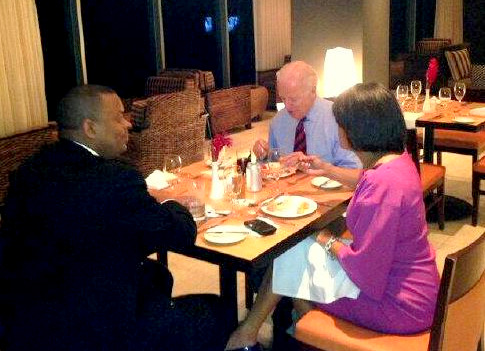