Forget the reassuring words by the mayor and police commissioner this afternoon about their strategy to fight crime in Baltimore.

Their joint press conference, timed to the release of a report on improving public safety, was full of affirmations about their commitment to “meet the current challenges we face,” in the mayor’s words, and included community leaders displayed at City Hall as helpful props for the TV news cameras.

In short, standard stuff from the handbook of crisis management as the city heads into the second straight year of rising homicides.

But there was real value in the report, ordered by Police Chief Anthony Batts, following a $285,000 review of the department by Boston-based Strategic Police Partnership in conjunction with former LAPD Police Chief William J. Bratton.

The value is found in the back pages of the document where the state of police operations are described in detail. Even taking into account that the consultants had an incentive to find fault (if only to justify their sizeable paycheck), the report paints a disturbing portrait of a dysfunctional department.

• Up to 40% of the posts on each shift are staffed on overtime, “so sergeants are often supervising personnel from other shifts or even other districts.”

• The practice of staffing all posts at all times – “regardless of the call-for-service load and crime conditions” – is not only costing the city plenty in overtime, but “undermining morale and helping to drive attrition.”

• The city’s nine police districts have not be adjusted “since the 1980s” when the city’s population was 130,000 greater and concentrated in different neighborhoods than today.

• The patrol force “has become disengaged from the problems on the street, and particularly from crime.”

• And perhaps most damning: “the districts are largely functioning in a reactive mode, responding to calls, but doing little else to assert police control in the neighborhoods.”

Over the last few years, Mayor Stephanie Rawlings-Blake has placed emphasis on finding and jailing the city’s most violent repeat offenders.

That strategy was endorsed by former Police Chief Frederick H. Bealefeld III – targeting “bad guys with guns” was how he liked to put it – and “tough justice” was the mantra of Gregg Bernstein’s successful campaign for state’s attorney in 2010.

But the violent repeat offender (VRO) program administered by the police and state’s attorney’s office has “lost its impetus and focus in recent years,” according to the report. The program’s centerpiece, the VRO lists, have become “too long and insufficiently selective” in part because some police commanders in charge of identifying VROs in their districts have fallen down on the job.

Compounding the problem is the lack of effective communication between police and prosecutors.

“There have also been some differences about when a VRO can be removed from the list, with the State’s Attorney’s Office favoring retaining VRO names until subjects have been successfully prosecuted and sentenced to at least two years in prison, and some BPD officers urging a quicker turnover.”

In the growing area of homicides – up to 211 so far this year – there are multiple administrative problems. The consultants praise the concept of the District Detective Units (DDUs), saying decentralization helps police nurture informants and pick up knowledge about “the worst actors in the local criminal population.”

But while the structural configuration is good, the nine DDUs “have been understaffed and subject to a wide range in the quality of their management.” Suffering worst from the understaffing – as few as seven detectives per district – are investigations of non-violent crimes such as burglaries.

“There is often a lone burglary detective in a given district contending with hundreds of burglaries per year and basically performing what some managers call a ‘data-entry function’ rather than a true investigative role.”

(The consultants could have added many stories from residents about the absence of police work in solving break-ins and other property crimes that hit home for so many citizens and deeply impact the city’s quality of life.)

The report goes on to cite other deficiencies that lead to “bad guys with guns” beating the system. 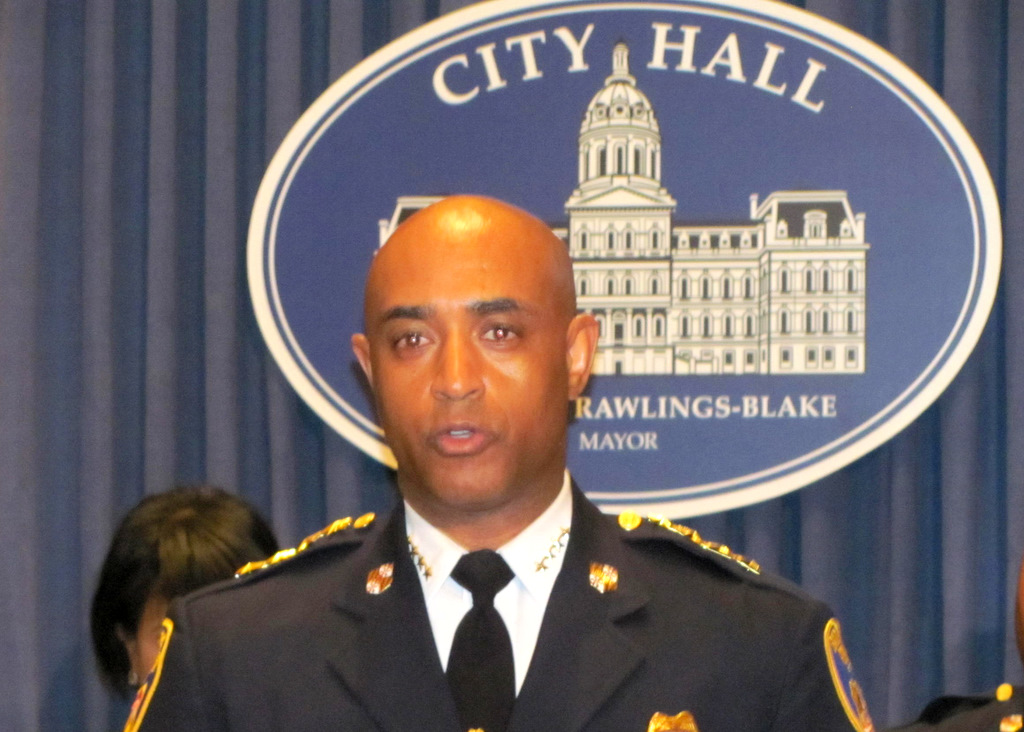 Up to 25% of cases dismissed in court are the result of a police officer’s failure to appear at the scheduled court proceeding, the consultants report.

The overall quality of report writing by officers is “poor” and their courtroom testimony “weak” – two prime reasons why convictions are so hard to get from Baltimore City juries.

“We know that there are things as an organization that we are incredibly good at,” Batts said without citing any specifics. Speaking in generalities to the media, he sugarcoated the systematic problems revealed by consultant Bratton and his team.

Hopefully in private, the commissioner will read the report carefully and start wringing out results more effectively than his officers are doing on the street.