The consulting group hired by Baltimore to produce an economic development strategic plan admitted two years ago that it had copied and pasted large portions of a report from other studies.

AngelouEconomics – set to be paid up to $167,500 by the Baltimore Development Corp. (BDC) – reimbursed $75,000 to Lexington, KY, after a citizen’s group exposed its “recycled recommendations” lifted from reports for places in Colorado, Nebraska and Iowa, among others.

For example, the Texas-based consultant found that Lexington’s “first and most important” problem was also the same problem it had identified for the Pikes Peak region of Colorado – namely, that the region “must break down longstanding silos and work collaboratively towards a common economic vision,” both reports said.

Other passages poached from the consultant’s other studies, according to ProgressLex, included these goals and action items:

• “Capitalize on the workforce to create a ‘best in class’ workforce.”

• “Encourage entrepreneurship from a young age through regional K-12 programs.”

• “Launch a young professional marketing strategy” with “a guerrilla marketing campaign that includes message board strategies and pop-culture PR, word of mouth and U-Tube strategies.”

ProgressLex highlighted the copied material in yellow marker in this on-line report.

In a phone interview, the company’s founder and CEO, Angelos Angelou, said, “Yes, we copied our own work and used it,” but defended such borrowing as different from copying from other people’s work.

“We were accused of plagiarism, which was very unfair.” He placed the lion’s share of the blame on political infighting between the mayor and economic development chief. “We were caught in an unusual situation where I had to concede some error.”

The borrowed information, he said, created a “perception problem” that was corrected in the final report – which was rewritten at the demand of Lexington Mayor Jim Gray. The final report fully satisfied the mayor, Angelou said.

Defending the draft report he apologized for two years ago, Angelou said it should be no surprise that his company used the same statistics cited in other reports because they were all national statistics for the same year.

But Ben Self, who wrote the expose for ProgressLex, found a different situation – passages lifted in the draft report “so horrible that they forgot to delete the spaces before the text when they replaced the previous city’s name with ‘Bluegrass region’ for our report.”

Angelou said Baltimore will be getting fresh and original “deliverables” on how to better leverage its assets and create new jobs when the report is completed in March, along with stacks of useful statistics.

He said he has already made two trips to Baltimore and has talked to 50-75 “stakeholders” in focus groups involving local businesses, government and non-profits. The report will concentrate on such growth areas as bioscience, emerging tech companies and the port, he said.

In addition, the firm has helped establish a website, Baltimore2020.com/survey, calling on residents to fill out an online survey to become “an active voice in Baltimore’s future economic development.”

But the website warns: “To be counted, responses must be received by 12:00 midnight, Dec. 20th, 2013. If time does not permit you to complete the survey in full, please be sure to click ‘done’ at the end of the survey. This will ensure that your voice, at least in part, can be heard.”

Top Priority of the Mayor

Since her 2011 election campaign, Mayor Stephanie Rawlings-Blake has made developing a process to attract new businesses to Baltimore a top priority. That became the mission of Brenda McKenzie, appointed president of the BDC a year ago, replacing retiring M.J. “Jay” Brodie.

In announcing the strategic planning process last week, Rawlings-Blake said that AngelouEconomics will lead the BDC’s effort to craft “a clear road map for our city.” Also participating in the process will be the Department of Planning and two business groups – the Greater Baltimore Committee and Economic Alliance of Greater Baltimore. 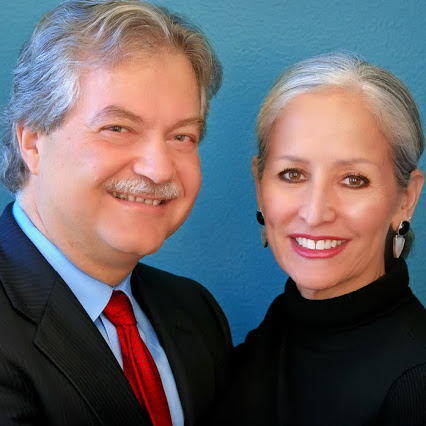 The Angelou firm was selected from 15 advisory groups that responded to a Request for Proposals from the BDC last spring to help develop the strategic plan.

Its $167,500 contract was not handled through the city’s normal bidding process and approved by the Board of Estimates because the BDC is a 501(c)(3) non-profit established to provide economic development services to the City of Baltimore.

As a result, the BDC can hire consultants through its yearly appropriation of city funds and does not have to adhere to bidding requirements – or open its records to the public or media, according to BDC staff.

The agency has declined to let The Brew review the proposal submitted by AngelouEconomics, saying the material contains “proprietary information” and the BDC had signed a confidentiality agreement with the consultant.

The Brew then emailed a series of questions about the bid, which the agency did not answer, including whether AngelouEconomics was the low bidder and the names and bid prices of the 14 other submitters.

Repeated attempts to interview McKenzie about the contract were also unsuccessful.

When McKenzie was recruited to head the BDC last year from Boston’s redevelopment authority, she promised to listen and learn from the community.

“My main priority at this point is to be open . . . transparent and collaborative,” she said at a news conference alongside Rawlings-Blake and deputy chief of development, Kaliope Parthemos.

Yesterday, in response to a freedom-of-information request by The Brew under the Maryland Public Information Act, the BDC’s chief operating officer, Nancy Jordan-Howard, wrote in an email: “We are processing your MPIA request according to guidelines and will respond within the 30-day window as required.”

Angelou – who readily talked to The Brew about his consulting firm – said he founded the company 19 years ago after serving as vice president of economic development for the Greater Austin Chamber of Commerce. On its website, the consulting firm boasts that Angelou is “widely regarded as the chief architect in the establishment of Austin as a high-tech center.”

The company refers to itself as “relentless experts” who “combine continuous innovation, candid advisement and unbounded creativity to deliver measurable and intangible value for our clients.” In addition to strategic analysis, it specializes in SWOT (“Strengths, Weaknesses, Opportunities and Threats”) matrices, site location advisement and business-case analysis.

Angelou said his group has never before consulted in Baltimore or worked for a government unit in Maryland.

While it has done economic assessments for several large cities, including Detroit and Cincinnati, the group mostly contracts its services out to smaller government units in Texas and the Midwest.

The firm has also reached out internationally, Angelou said, conducting economic impact studies, strategies and “visions” for Greece, the Czech Republic, Parana, Brazil, and the Republic of Malta.

“At AngelouEconomics,” says its website, “we’re pioneers in economic development. Constantly creating innovative tools for analysis, evaluation, and strategic development. You can count on us to always have the most complete arsenal of assets to help you achieve success.”