Back in the days of the Cold War, the lack of reliable information about Communist Russia forced Western analysts to rely on the tiniest tidbits, such as the arrangement of party members at a reviewing stand, to gauge what was happening internally.

Gleaning information out of Baltimore City Hall isn’t nearly so bad, although some distinct parallels can be found between municipal government and the onetime “workers’ paradise” – one-party rule, for starters, plus a supreme leader (aka, the mayor) and a penchant for secrecy.

In such a milieu, canned news predominates. That’s why we started “Inside City Hall.”

The idea was to part the curtains of staged events by applying some elbow grease and wearing out our Rockports – reading through budget reports and contract documents, yes, but also taking our eyeballs and notepads out to the neighborhoods to watch pols and public policy at work.

Here are a few quotables from our columns, ranging from confusing water rates to a mayoral sojourn to Vegas.

This concludes our retrospective of Baltimore in 2013. We hope you found the package of stories of interest.

Lessons from the speed camera mess

Just six days after the city agreed to pay for the new cameras, the whole program was shut down by City Hall. Ever since, it’s been inoperative as the mayor mulled over her options. By this time, politics had entered into the equation. State legislators, among others, were casting a skeptical eye on the program, which was set up by the state as a safety measure, protecting kids in school zones, not as a sneaky way to rack up revenues from speeders on major roadways. . .

No heads have rolled as a result of the botched program. Asked for her takeaway of the speed camera mess, the mayor gave an enigmatic answer: “We had an experience that didn’t work for Baltimore, but, overall, the program works.”

The art of streamlining staff by adding to it

And so the trend [of adding city positions] continues, masked in the Board of Estimates’ boilerplate section titled “Personnel Matters.” Based on recent board actions, the rule of the thumb is this: a few (usually vacant and low paying) positions get the axe, such as “Office Assistant II – Police Department,” while a crop of $60,000-a-year-plus jobs are planted.

Ironically, many of the freshly-seeded administrative posts are justified in the name of the mayor’s 10-year financial plan, giving new meaning to the administration’s slogan, “Growing Baltimore.”

Frost returned to City Hall today, not in the form of a winter-storm-that-wasn’t, but in an exchange of icy press releases and fresh allegations between City Comptroller Joan Pratt and the staff of Mayor Stephanie Rawlings-Blake.

In the latest round of a nearly year-long fight, the mayor’s aides alleged in a two-page memo that “over $1 million in possible savings” could be made if Pratt ceased “wasteful and duplicative practices” at the Municipal Telephone Exchange. . . But the same audit – if one reads through the full report – was also quite complimentary about the way the comptroller’s office manages the city’s thousands of phones and lines. 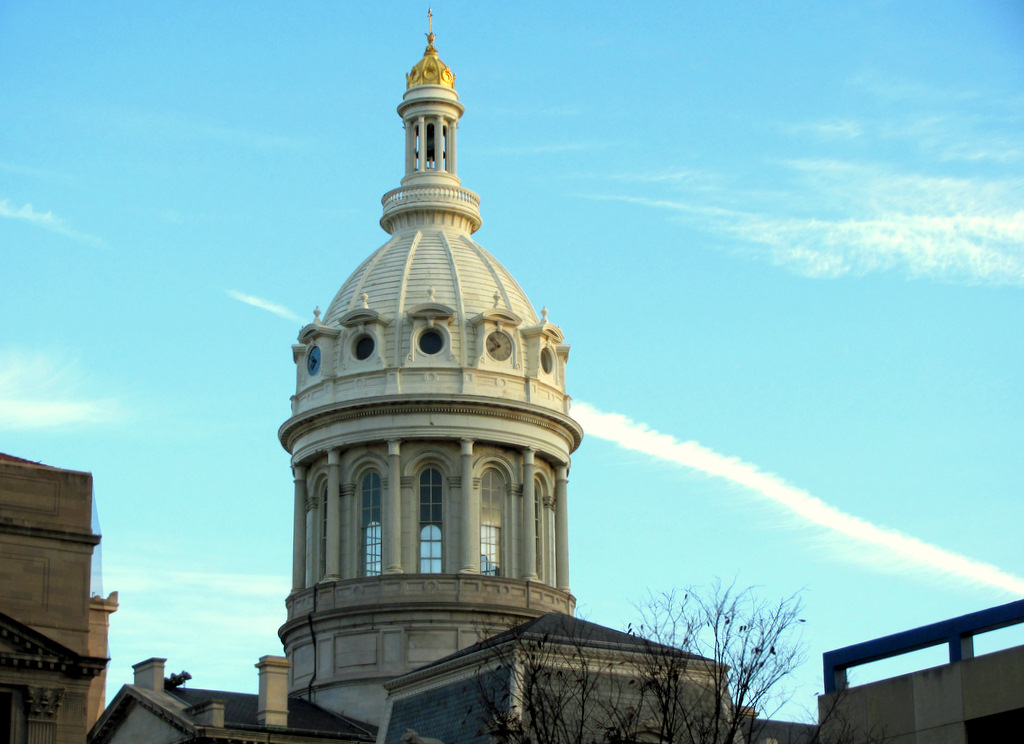 The annual [National Night Out] event – and the neighborhood watch patrols it celebrates – was pretty noncontroversial until George Zimmerman gave the notion of amateur sleuths and self-appointed pursuers of bad guys an unsavory taste in some mouths.

But no matter. In a city where practical politics always trumps ideology, George Z. is a memory and rooting out “public enemy No. 1″ (a phrase favored by Police Commissioner Anthony Batts) gives public servants a lot to talk about.

Gov. Martin O’Malley, for example, is scheduled to join Mayor Stephanie Rawlings-Blake tonight at Mondawmin Mall where he will express his solidarity with community crime fighters in plenty of time for the 10 o’clock news.

Totally confused about why your water bill keeps rising?

The proposed 15% hike would be the highest single-year increase ever, with the exception of fiscal 2003, when it went up 16%.

Mayor heads back to Las Vegas this week

While not yet a fixture like Penn & Teller or Cher, Mayor Stephanie Rawlings-Blake is getting in her showtime at Las Vegas. Less than a month after she spent five days at a shopping center convention – and took time out to marry City Hall’s top lobbyists, Lisa Harris Jones and Sean Malone, at the Mandarin Oriental Hotel – the mayor will be savoring the “City of Lights” once more during a weekend-long meeting of the U.S. Conference of Mayors.

How little errors add up to unanticipated costs

The Board of Estimates awarded a nice chunk of change  – $255,000 – to the national accounting firm KPMG. The stated reason: “unanticipated additional projects for completion of the Fiscal Year 2013 Financial Audit Statements.”

Not really. While the mayor likes to gaze toward future efficiencies (via initiatives like pension reform and “smart” water meters), the green-eyeshade folks back in the Finance Department are stuck with dealing with past errors, some of them quite major.

The $255,000 is the latest slug of public money that the city is spending as a result of one such error – misstatements in the city’s Comprehensive Annual Financial Report, or CAFR.

Downplayed by city officials in 2011, these mistakes continue to cause problems as the city calls on outside accountants to make the problems go away. The price tag so far: $1.9 million.