Back in July, Gov. Martin O’Malley was openly scornful of AirMall USA, the company granted a contract by Maryland to manage concessions at Baltimore-Washington International Thurgood Marshall Airport.

O’Malley noted that for the past decade, AirMall has done little to improve their treatment of airport food service and retail workers, who say their median hourly pay is about $8.50-per-hour.

Unlike the previous concessionaire, which hired workers directly, AirMall acts as a concessions developer, attracting tenants like McDonald’s and DuClaw Brewing Company which set their own wages and benefits. (That was a deal made during the administration of O’Malley’s predecessor, Robert Ehrlich.)

Workers have described wages too low to support a family, lack of job security and, with the majority of jobs part-time, few or no benefits. Advocating for the workers, the union Unite Here has called on AirMall to voluntarily require that its subtenants pay a fair wage.

Now, the group is pushing a legislation that mandates state assistance for the workers for the duration of the contract, which runs until 2017. 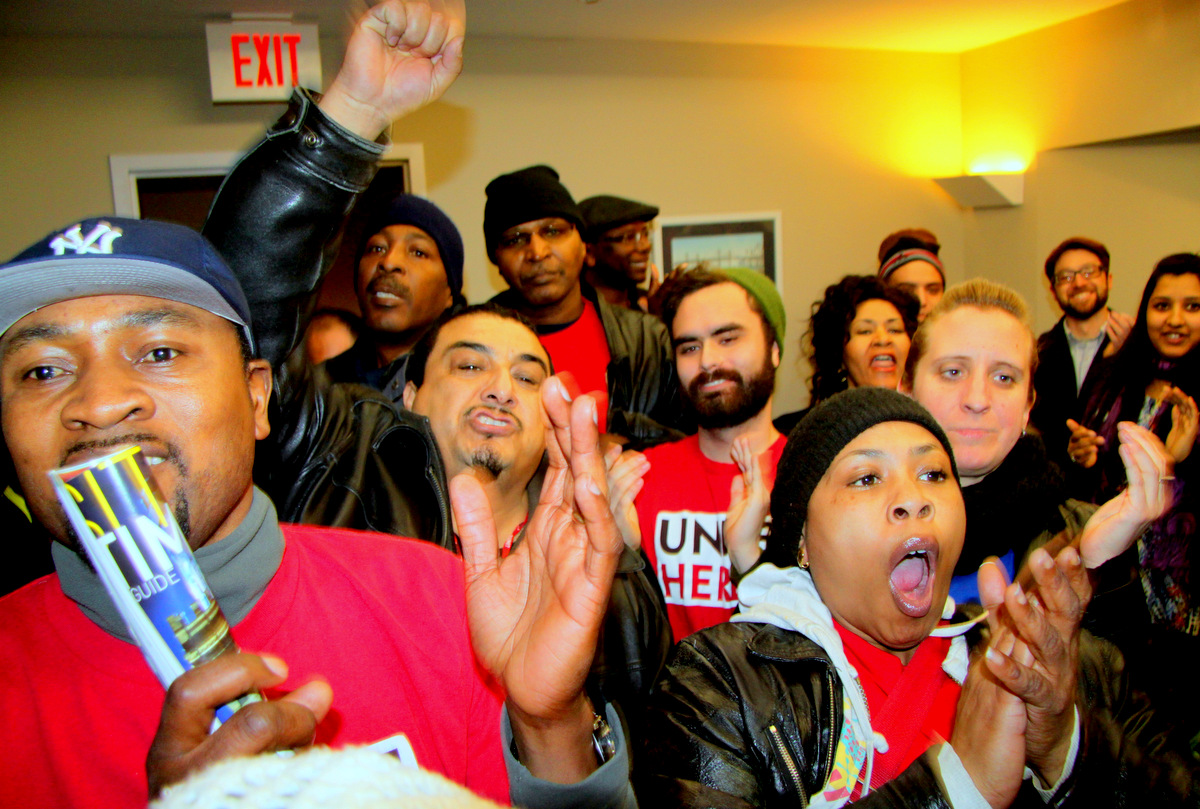 The Thurgood Marshall Equal Pay Act requires the state to supplement the workers’ paychecks to bring them at least to the level of the airport’s lowest-paid Maryland Aviation Administration employees, who earn an hourly wage of $13.45-per-hour. If the company fails to improve wages by 2017, the state must terminate AirMall and contract with another company, under the provisions of the bill.

O’Malley has not signaled whether he will support the legislation, but the Baltimore City Council has unanimously approved a resolution calling for its  passage.

“BWI is a familiar airport for travelers from all over the country. It should represent the ideals of our state, our city, and of the great man it immortalizes, the late Justice Thurgood Marshall,” Young said.

Concessions workers, state lawmakers, clergy and community leaders are scheduled to participate in the news conference, to be held at 11 a.m.

The bill in Annapolis comes before the House Economic Matters Committee on Tuesday at 1 p.m.

AirMall representatives have taken issue with Unite Here’s numbers and say median pay for workers is about $15-per-hour. The airport’s approximately 800 BWI concessions workers are well treated and compensated, a spokesman told The Brew.

The Pittsburgh-based company is owned by Prospect Capital Corporation, a business development company (BDC) which, like a REIT, is able to avoid corporate taxes if it pays out more than 90% of its income to investors. (They most recently paid dividend yields of 11.7 % to investors. With only 80 employees, it has total equity greater than $2.5 billion, with net investment income of $292 million in the last fiscal year.)

Workers who spoke to The Brew last year complained about the low pay and short work hours for a job they could only reach with a lengthy commute.  Patrice Thompson, who worked the grill at the airport McDonald’s, said she has a nearly two-hour commute to get from her midtown Baltimore home to her $7.50-an-hour airport job.

“The other day I worked about two-and-a half hours, just a little longer than it took for me to get there – and they told me to go home,” she said.

When she asked why, she said they told her that “business was slow and labor was high.”