The U.S. Department of Housing and Urban Development (HUD) became so concerned with how the Mayor’s Office of Human Services was administering homeless programs in Baltimore that it ordered an “auto review” of 64 homeless grants last year.

These grants were in addition to the $9.5 million in stimulus funds that HUD’s Inspector General had cited as improperly managed by the Rawlings-Blake administration.

HUD has ordered the city to repay $3.76 million of the funds because it could not document how the money was spent.

The “auto review” of city homeless spending worth $23 million was disclosed in a February 19, 2013 letter to Olivia Farrow, director of the mayor’s office, which was obtained by The Brew through a Freedom of Information request.

Charles Halm, director of community planning and development for HUD’s Baltimore office, told Farrow that the city’s “current payment process procedures, combined with the finding that MOHS [Mayor’s Office of Human Services] did not properly monitor its subrecipients, leaves HUD funds at risk of being spent on ineligible or unsupported costs.”

“In order to ensure that HUD’s funds are spent properly,” Halm continued, “HUD has set the City’s current open Supportive Housing Program grants on auto review, which requires all vouchers to be approved by HUD staff before payment is disbursed.”

“We expect MOHS to make monthly requests for each grant and provide source documentation, such as vendor expense reports, including rent rolls for leasing expenses, payroll reports for supportive services salaries, and receipts for other eligible expenses.”

The letter said MOHS’s own administrative expenses must be supported with time sheets and activity logs by employees. The initial phase of the auto review would last three months, Halm wrote, and if the city provided HUD with adequate documentations, “we will discontinue the auto review.”

It could not be determined from the documents supplied by HUD whether any discrepancies were uncovered in the auto review. The city was released from auto review sometime later in 2013, according to Niki V. Edwards, a HUD spokesperson, after it “adopted new procedures for the review of reimbursement requests” by homeless providers.

Edwards said MOHS was assisted by technical expects under contract with HUD to fix deficiencies in internal controls.

Such deficiencies were defined as occurring when the control does not allow management a reasonable opportunity “to prevent, detect, or correct  impairments to effectiveness or efficiency of operations, misstatements in financial or performance information or  violations of laws and regulations on a timely basis.”

City Enters into a Verbal Contract

In many respects, HUD seemed to bend over backwards in its probe of the city’s use of homeless funds.

For example, in a June 19, 2013 letter to Farrow from the HUD Baltimore field office, an investigator said it “may be able to convince the OIG [HUD’s Office of Inspector General] that a verbal contract” between the city and an independent contractor was a matter of “the city just following its own policies and procedures.”

“If the city allows for funds to be obligated and expended based on a verbal contract as a policy, we can present that to the OIG to see if they will accept it,” wrote financial analyst Aimee Harmon-Darrow.

“If it is the city’s policy to allow for payment to independent contractors without invoicing, I’d like to see that policy as well. This policy should be found in the city’s financial management policies and procedures.”

Ultimately, the “verbal contract” between MOHS and Gabby Knighton, a former United Way of Central Maryland employee hired by the city, was rejected by HUD. The federal agency is now demanding that $41,667 in fees to Knighton be repaid from city funds.

The HUD review found other cases where the city used federal funds to pay for ineligible costs.

In the case of Jobs, Housing and Recovery (JHR), the funds were used to pay $154,891 to a full-time employee providing “post placement case management.” In a July 19, 2013 letter to MOHS, Halm said this expenditure was not allowed under the federal program.

HUD supplied more than 80 pages of record to The Brew under the FOI request.

A similar request for documentation to MOHS under Maryland’s Public Information Act yielded only 20 pages of documents – and nothing about either the auto review placed on the city’s homeless grants or the issue of the verbal contract with Knighton. 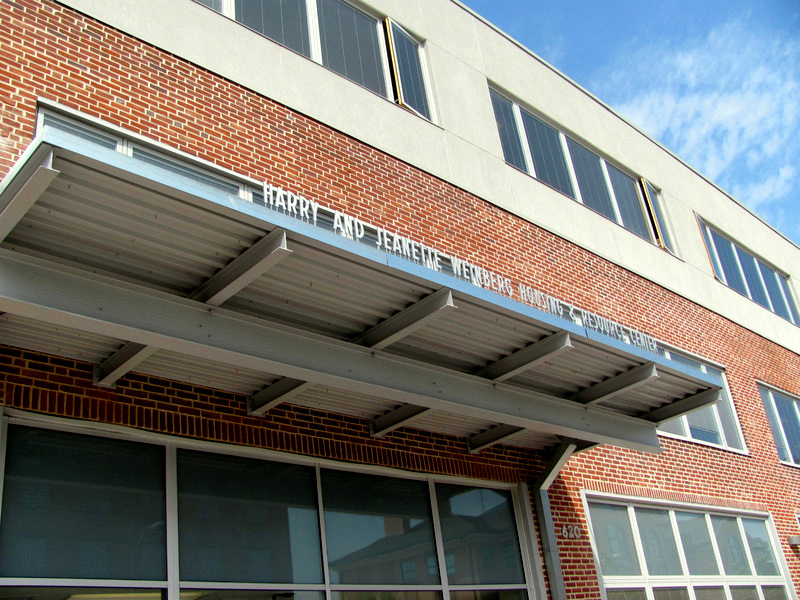 The Weinberg Center, on Fallsway, is the main shelter for the homeless in Baltimore. (Photo by Mark Reutter)