Darrell A. Doan, who spearheaded $106 million in TIF tax breaks and other incentives for the Harbor Point development, has resigned, informed sources tell The Brew.

Doan, managing director of real estate at the Baltimore Development Corp. (BDC), did not respond to a phone call and email message tonight. Other officials at the agency could not be reached.

Doan is not alone. Two other ranking BDC officials have reportedly given their notice over the past few days: John R. Thompson, responsible for the Westside Initiative and Superblock project now stalled in litigation, and Neil R. Davis, operations vice president at the Emerging Technology Centers, a BDC subsidiary. 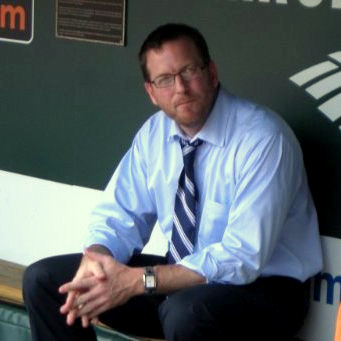 Darrell Doan has handled the Harbor Point development for the BDC. (LinkedIn)

The specific reasons for these resignations could not be determined. But the BDC has been in turmoil since the December 2012 appointment of Brenda McKenzie, who replaced M.J. “Jay” Brodie as president and CEO.

“Employees find it increasingly difficult to get their work done,” said a person with inside knowledge of the agency. 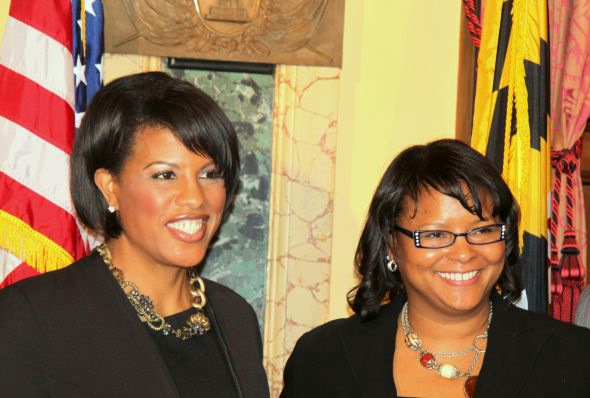 Brenda McKenzie with Mayor Rawlings-Blake after her appointment as BDC president. (Photo by Fern Shen)

“BDC has become so very cautious under Brenda, who is unwilling to delegate authority or even meet with her staff. Plus her knowledge of the city is minimal,” the person continued.

McKenzie was recruited from the Boston Redevelopment Authority, where she held a mid-level position.

Smoothing the way for Harbor Point

Over the last 18 months, Doan has played a key role in passing various tax incentives and complex development agreements for Harbor Point through the BDC, City Council, Board of Finance and Board of Estimates.

The $1 billion project, set for groundbreaking once issues involving the monitoring of potential chromium releases are resolved, includes a number of controversial financing breaks.

Doan was the city’s key negotiator for the TIF financing deal and for selling it to a mostly receptive City Council last year.

Formerly director of economic development for the Eastside, Doan was appointed managing director of real estate by McKenzie last year.