Overlooked in all of the hoopla surrounding the opening of Baltimore’s Horseshoe casino is this sobering fact – the major owner and sole operator of the new facility is in deep financial trouble.

Weighed down by $23 billion in debt and losing $5 million a day in the second quarter of 2014, Caesars Entertainment Corporation is now facing an insurrection by key creditors.

A shiny, low-debt spin-off company it created – Caesars Growth Partners LLC, of which Horseshoe Baltimore is a part – has been a trigger for three major lawsuits in the last month.

The suits, coming from different groups of bondholders, boil down to the accusation that Caesars has been fraudulently transferring its “good” assets out of the reach of creditors and undercutting the value of the parent company.

The world’s largest casino company hasn’t posted a profit in its core operations since 2009. Last year it shocked Wall Street by reporting $3 billion in losses – the result of softness in its Midwest and Gulf Coast markets and a steep decline in Atlantic City.

Caesars’ shaky finances was one reason why last October the Massachusetts Gaming Commission forced the company to withdraw from a proposed $1 billion casino near Logan Airport. The commission’s staff thought its debt load could prove lethal if the economy went into another downturn.

On August 31, Caesars shut down its Showboat Casino in Atlantic City. Overall, revenues at the one-time mecca of East Coast gambling have plummeted from $5.2 billion in 2006 to $2.8 billion last year.

While competition from new casinos in Pennsylvania, Delaware and, more recently, Maryland are considered an immediate cause for Atlantic City’s distress, a longer-term factor at play is the loss of “low rollers” – clients willing to bet $50 to $75 per casino visit – since the 2008 recession.

Underscoring the industry’s woes, another Atlantic City giant, Trump Entertainment Resorts, filed for bankruptcy protection today. The company plans to shut its Trump Plaza in Atlantic City next Tuesday and announced it may close the famous Trump Taj Mahal in November.

In court papers, Trump reported that gaming revenues fell 16% last year – and decreased more than 18% during the first six months of 2014. 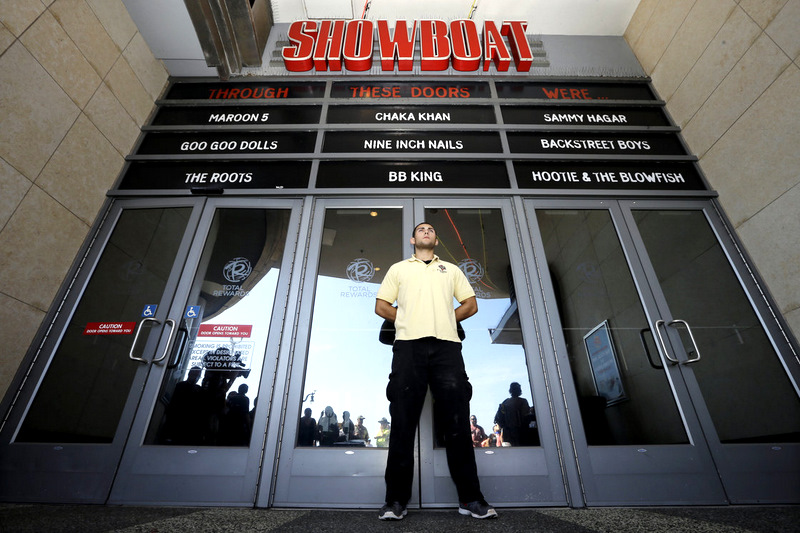 If Caesars’ (and more generally, the gaming industry’s) poor financial health comes as a surprise, it’s partially because the Rawlings-Blake administration has trumpeted the benefits of the Baltimore casino without alluding to any possible downside.

The mayor has tirelessly promoted the 1,700 new jobs at the casino and the prospect of lowering property taxes and increasing school construction funds from gaming revenues expected to come to the city over the next 10 and 20 years.

But at the same time, she and the Board of Estimates have agreed to allocate millions of dollars of “community impact” funds – earmarked by the Maryland legislature for South Baltimore neighborhoods to compensate them for crime, traffic jams and other negative impacts from the casino – right back to Caesars.

In 2012, The Brew disclosed that the city tucked into its land lease agreement with Caesars a provision to reimburse the company with community impact funds for $6 million in street improvements immediately around the casino. 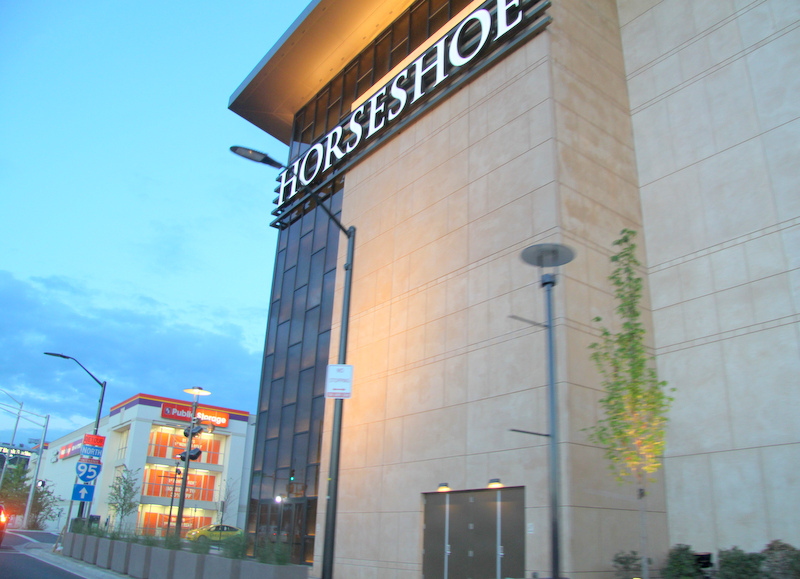 Last month, The Brew reported that the city has pledged another $3 million of community impact funds to pay Caesars to relocate an underground steam pipeline that went between the casino and its new parking garage.

According to the 2015 impact budget approved by the mayor, another $3.85 million will come out of community funds to underwrite a planned police “mini-district,” security cameras, sanitation, traffic enforcement and other direct services to the casino.

Mayor Rawlings-Blake has defended the use of impact funds for the relocated pipeline as permissible because it is “infrastructure.” She said her administration tried to identify other sources for funding the project, but use of community funds “was the best alternative.”

She and the Caesars organization have not responded to The Brew’s questions about a 2013 city ordinance that indicates that Caesars is responsible for paying for the pipeline relocation.

Questions emailed yesterday to the mayor’s office and to Caesars’ headquarters in Las Vegas about the company’s finances and how the lawsuits could affect Horseshoe operations have gone unanswered, too.

If Caesars isn’t talking, its junior bondholders are through lawsuits filed in the Delaware Court of Chancery and in Manhattan that argue, essentially, that they were left holding the bag. 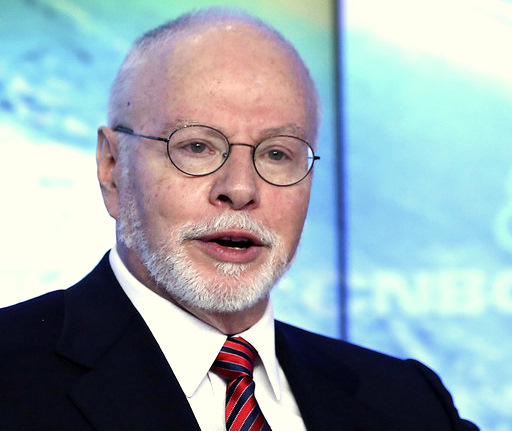 These circling sharks include some of Wall Street’s fiercest, among them Paul Singer of Elliott Management, David Tepper of Appaloosa Management and Howard Marks of Oaktree Capital.

On the opposite side of the table sit the senior bondholders, a group of Wall Street titans who are betting on Caesars – or at least on its recently spun-off entities.

Other key backers are Leon Black of Apollo Global Management and David Bonderman of TPG (Texas Pacific Group) Capital who took the company private in a leveraged buyout in 2008.

(Faced with nearly $30 billion in debt from that buyout, Caesars has reentered the public markets on a limited basis. It is traded on NASDAQ as “CZR,” where its price has dropped 28% in the last three months.) 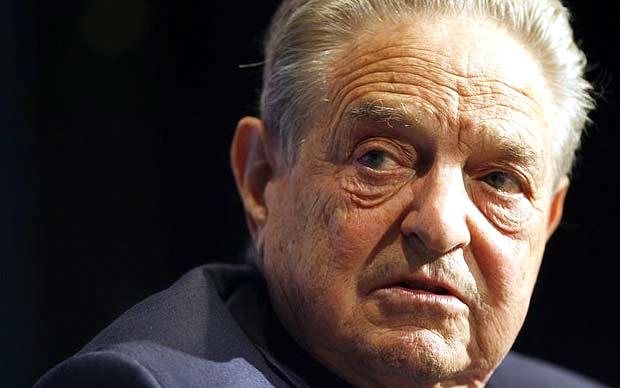 George Soros (above) and John Paulson (below) have become major shareholders of Caesars Acquisition Co. that partly controls the new Baltimore casino. (telegraph.uk.com) 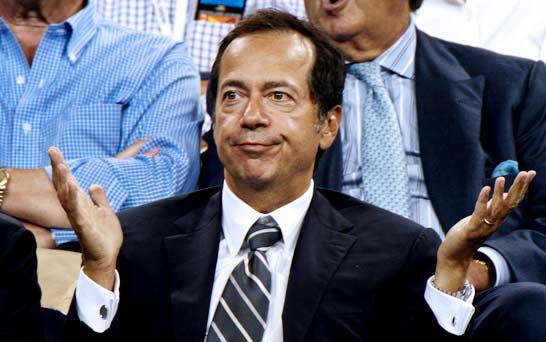 Caesars has upped the ante by filing a countersuit against several of its loudest detractors, saying they seek to injure the company and to push it into default.

The suit singled out Singer’s Elliott Management which, it claimed, has a significant position in Caesar credit default swaps that would pay out handsomely if the company misses its future bond payments.

At the core of the high-stakes squabble is the question of whether Caesars is trying to spin off its new, debt-free properties – including Horseshoe Baltimore – into new companies, while saddling the original bondholders with a sick company.

Technically, Caesars’ share of the Baltimore casino is owned by CBAC Borrower LLC, an indirect, wholly-owned subsidiary of CBAC Gaming LLC, which in turn is controlled by Caesars Growth Partners, which is a joint venture of Caesars Entertainment Corp. and Caesars Acquisition Co.

If that sounds confusing, there are additional investors in the Baltimore casino, most notably Rock Gaming founded by Dan Gilbert, the majority owner of the Cleveland Cavaliers NBA franchise and chairman of Quicken Loans. Rock and Caesars previously joined forces to own and operate Horseshoe Cleveland, Horseshoe Cincinnati and Thistle Down Racino in North Randall, Ohio.

The alphabet-soup of companies and subsidiaries formed by Caesars are at the crux of the charges the company with fraudulently transferring “good Caesars” assets to new entities, leaving “bad Caesars” properties behind for bondholders to take a “haircut,” or financial loss.

What’s looming ahead of the gaming company – and its bondholders – is $5 billion in debt payments due by the end of 2015. At present, most of Caesars’ debt is trading at one-third its face value.

In other words, the “too big to fail” theory in the gaming world is about to be tested as Caesars insists that its brand name, worldwide network and loyal customer base will see it through the financial tempests ahead.

As for Baltimore, the mayor and her staff aren’t saying what they might do (or could do) in case of a Caesars default or a bankruptcy filing by the parent company.

Their philosophy appears in keeping with the bravura words of Roman Emperor Julius Caesar (for whom the gaming company is named) before his assassination in 44 BC: