A pre-Turkey Day work session on a restaurant inspection grade bill shows how legislation simmers in the City Council kitchen: slowly and with too many cooks stirring the pot.

Councilman Brandon M. Scott has been trying to get a food service inspection grade bill passed for two years now. He says a public ratings system, which many cities have, would improve transparency, keep residents better informed of health code violations, and keep restaurants on their toes.

Currently, Scott says, if a Baltimore restaurant or food facility has a bad health department inspection report, it is closed by the agency, but it doesn’t have to tell the public (or post a sign) why.

“The business could say they closed for repairs,” he says. “Consumers should know if a restaurant was closed for egregious violations.”

The Baltimore Health Department does post closure violations – online, but only once a month (which is all the law requires) and typically long after a facility has reopened.

A Stew of Perspectives 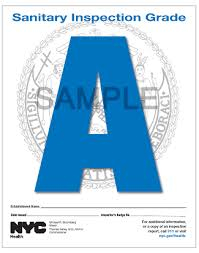 Spector said she didn’t understand why Scott would compare Baltimore to larger American cities like Chicago and New York, which both post health department inspection ratings.

“Maryland jurisdictions are not doing this. Are we making things difficult for people who live and work in Baltimore City,” she asked, implying that the postings would be a burden on restaurants.

Curran, however, seemed to favor a public posting of inspection grades.

He said the health department’s monthly online posting only served computer users and the “technologically advanced.”

But Council disagreement was mild compared to the lobbyists jockeying to carve up the legislation to suit their constituencies.

The Restaurant Association of Maryland had a laundry list of amendments. Mel Thompson, vice president of the association, said the amendments “don’t mean we endorse the ratings,” he said. “We’re just trying to mitigate the impact.”

For starters, the association wants the A, B, C grades to be eliminated from the legislation in favor of a more neutral inspection compliance results rating, using terms like “excellent compliance” or “good compliance.”

Meanwhile, the Maryland Retailers Association’s Jeffrie Zellmer blatantly asked that grocery stores – many of which sell hot prepared foods – be exempted from the legislation altogether.

Zellmer said posting an inspection rating was unnecessary. “The health department already has the power to close us down if we’re in violation,” he argued.

See You Next Time

Other controversial aspects of the bill are still to be hammered out. Whether, for instance, restaurants or food services that fail can be re-inspected and still get the highest rating, and whether their initial failure has to be disclosed. Also up in the air, what re-inspections will cost.

Thompson went so far as to ask the Council if re-inspection fees, $150 on weekdays and $300 on the weekends in the current draft legislation, were intended to be a revenue source.

“So you think it’s a cash cow?” Curran asked Thompson, adding, “Would you prefer the alternative?”

Time ran out before the lobbyist could share all of the association’s amendments, so Curran cordially scheduled another work session for December 16.

“I want to give Mel the time he needs,” Curran explained.