There’s a backstory to the approval of a $87,500 contract to Mary Pat Fannon to represent the mayor before the General Assembly this session.

Never competitively bid, the contract sailed through the five-member Board of Estimates with ease on Wednesday.

The board members who are not the mayor and her appointees – namely, City Council President Bernard C. “Jack” Young and Comptroller Joan Pratt – raised no objections during a voting session that lasted less than two minutes, but still managed to approve every item on the 64-page agenda.

A City Hall fixture who now freelances as a “contract services specialist,” Fannon will lobby for Mayor Stephanie Rawlings-Blake “in reference to the Maryland General Assembly’s consideration and adoption of legislation impacting the interests of Baltimore City,” according to board records.

Rawlings-Blake already employs a full-time deputy mayor to do her lobbying, Andrew Smullian (paid $118,000 a year), and a legislative liaison staff led by Angela Gibson (paid $79,000 a year).

These folks, however, mostly keep an eye on the City Council, making sure it doesn’t do what their boss doesn’t want it to do.

On the state and federal level, the mayor places matters of relationship-building, glad-handing, favor-currying and advice-giving in the hands of outside contractors who do their work behind closed doors.

In addition to Fannon, for example, the Board of Estimates has approved $285,000 in payments for the thoughts of William S. Ratchford II.

A septuagenarian retired fiscal analyst for the General Assembly, Ratchford was hired by Rawlings-Blake to provide advice on legislation impacting state aid for city public schools.

That was back in 2013. Ratchford has stayed on. His latest contract, approved on December 24, describes his job as “providing expert analysis. . . on various matters concerning the Baltimore City Public School System,” even though the school construction budget is currently in the hands of the state Stadium Authority.

The mayor also pushed through the board a $262,000 contract with Van Scoyoc Associates to represent the city before Congress. 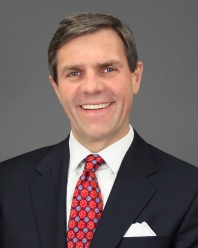 The main attraction of this lobby shop is Kevin F. Kelly, a former aide to Barbara Mikulski who was hired as one of the first acts of incoming Mayor Martin O’Malley in 2000.

Kelly and his associates have remained Baltimore’s federal lobbyists ever since – and his firm has reaped $1,060,000 before the latest contract was inked in November, according to federal lobbyist records.

All of these contracts are “professional services agreements.” This means they are exempt from city procurement rules, free from minority hiring requirements and excused from pesky competitive bidding.

Nor do these lobbyists and legislative advisors need to file any public reports on their activities on behalf of the city.

The U.S. Senate Office of Public Records provides some general parameters of what Van Scoyoc and Kelly do – chiefly to “monitor” federal legislation – but the activities of Fannon and Ratchford are only vaguely known.

Fannon, for example, has helped babysit the Horseshoe Casino in Annapolis on behalf of the mayor. She also spearheaded the formation of the casino Local Development Council that has become the pass-through for many millions of dollars of “community impact funds” returned to Horseshoe’s owners to pay for steam pipeline and roadway improvements.

Rawlings-Blake did end relations with another lobby shop.

Washington Linkage Group was hired in 2011 “to enhance the city’s position” in matters before the federal government, including transportation, housing and public health and safety, according to city records.

That group was dropped after the first quarter of 2014 (its yearly fee to the city was $66,000). Deputy Mayor Smullian said the mayor is now contemplating hiring another lobby group to take its place. But don’t expect this transaction to be revealed until it’s placed on the Board of Estimates agenda for quick and quiet ratification.