The Baltimore Liquor Board wants – really wants – to inspect the Horseshoe Casino, but things keep getting in the way.

The two officials acknowledge that, nearly six months after the casino opened, the liquor board hasn’t gotten around to conducting a thorough inspection of the only venue in Baltimore that sells alcohol around-the-clock, 365 days a year.

The lack of inspections – save for a pre-arranged walkabout with management last December and a response to two 311 calls last month – has opened the board up for criticism.

Brian McComas, president of the Federal Hill Hospitality Association who has wrangled with the liquor board over his Crossbar der Biergarten, has said that it’s not unusual for Federal Hill bars to be inspected monthly.

Already smarting over the city’s granting of the only 24-hour license to Horseshoe (which has drained customers from their stools), Federal Hill interests have expressed their anger online and in email, some of it anonymous, circulated to news organizations and state officials.

McComas, who owns Ryleigh’s Oyster in Federal Hill and has opened two other Ryleigh’s restaurants in Mount Vernon and Hunt Valley, has been critical of the board after it ruled that a liquor license he wanted to use for the Crossbar project expired years ago.

His project is moving ahead with a new license, purchased for $225,000 from a defunct establishment. The license transfer will require Crossbar to come before the board again for approval. 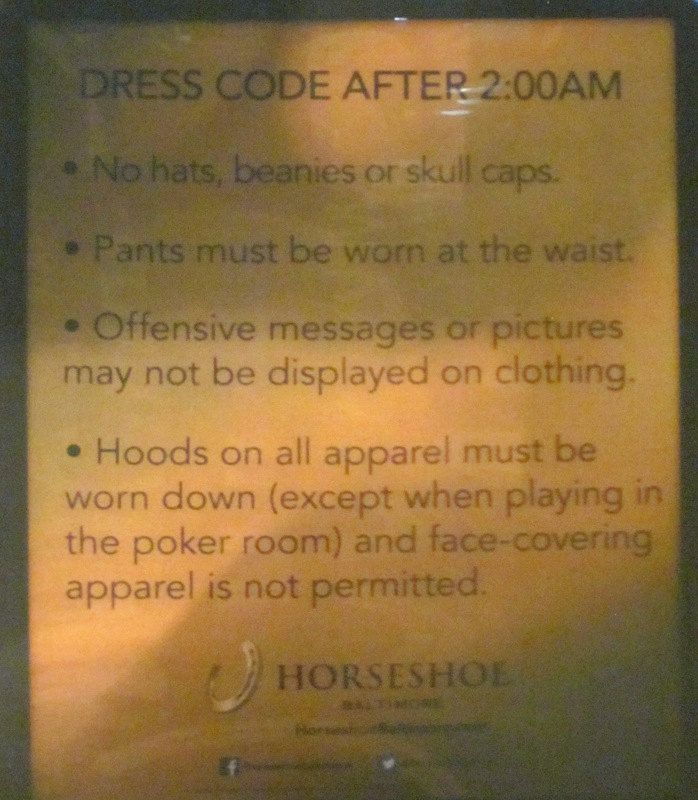 After 2 a.m., when the Horseshoe becomes the only place in town that serves liquor, a different crowd arrives at the casino.

Recently, though, Fogleman has pointedly asked the board in public hearings why an “incredible amount of resources” are being devoted to regulating ma-and-pa bars, while the Horseshoe Casino gets a free pass?

He asked the board how many inspections of the Horseshoe were made by the police vice squad that had charged his North Avenue client with selling alcohol to an underage police cadet?

Thomas Ward, a retired Circuit Court judge who was named Liquor Board chairman last June, ruled that the questions by Fogleman and Smith were irrelevant to the charges against their clients.

Becky Lundberg Witt, a Community Law Center attorney who monitors the board for the Booze News blog, says the critics do raise a valid point.

The board has consistently held that if a fight breaks out at a liquor establishment – as it has 25 times at the Horseshoe Casino, according to state gaming regulators – the licensee is liable for a violation of Rule 4.18, which prohibits any act that’s “against the public peace, safety, health, welfare, quiet or moral.”

The liquor board is supposed to investigate such fights under the law, Witt said. But that does not mean, she added, that the board should “correct” its apparently lax enforcement at Horseshoe by excusing violations by other licensees.

“The logic,” Witt said, “should not be that because Horseshoe gets a pass, the little guys should get a pass. Everyone should be regulated more strictly than they have been.”

In an interview, Chief Inspector Jones said that liquor board investigations of Horseshoe have to be done correctly. “Because the casino is so big, I don’t want to send [in] two or three inspectors. I want to do it as a unit, with our whole inspection staff.”

He said he was recently misquoted (not in The Brew) as saying he had told his staff to “stay away” from the casino. In fact, “I said that in large venues like the casino and the Ravens and Orioles stadiums, we would do [inspections] as a group.”

He continued, “There was an inspection planned for the casino, but I had to cancel it because it got out that we were coming.”

Unaware of Fights and Intoxication Reports

Jones said he was unaware of the monthly reports compiled by the Maryland Lottery and Gaming Control Agency (MLGCA) that shows that Horseshoe has evicted four times more intoxicated patrons than Maryland Live – and has been the scene of 25 fights involving more than 60 people between its opening in late August and December 31.

“We don’t get any report from the gaming board,” he said, noting that his inspectors depend largely on the police to alert them to fights, arrests and other complaints about city bars. 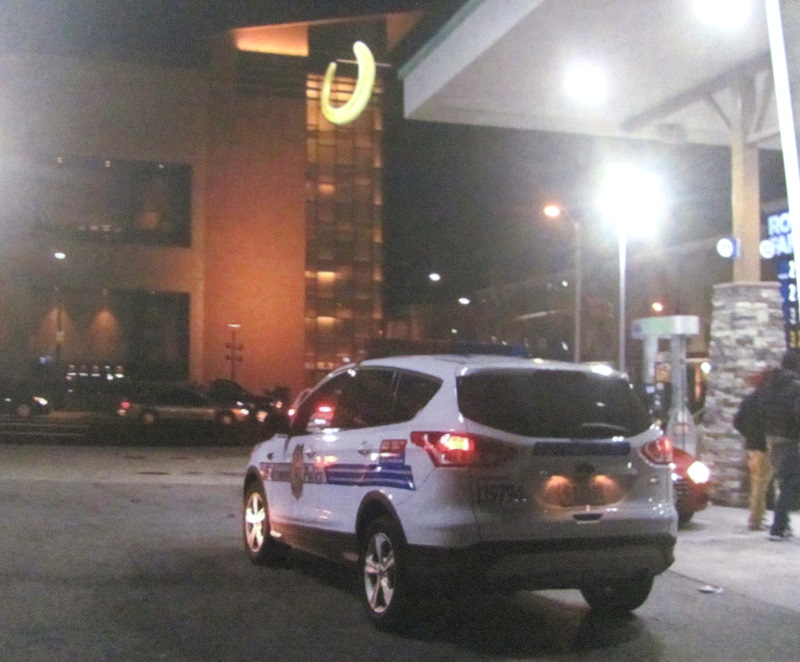 While police stand guard over Horseshoe Casino (here a patrol car is parked across Russell Street at the Royal Farms store), the department has not been sending reports of casino fights to the liquor board. (Photo by Baltimore Brew)

But “for some reason,” Jones said, police incident reports about disturbances at the casino have not been forwarded to his office.

Last week, he said, he met with the police department to arrange for the submission of incident reports in the future.

Informed sources tell The Brew that the police have not submitted the reports to the liquor board on the theory that Horseshoe security is breaking up the fights immediately, so they don’t have a negative impact on “public peace and safety” governed by Rule 4.18

But two incident reports reviewed by The Brew point to a policy in which Horseshoe is evicting rowdy customers from the casino (rather than handing them over to police) or allowing them to “flee” the casino before police arrive.

MLGCA’s compliance reports describe dozens of cases where intoxicated gamblers have been ejected by Horseshoe security before police get involved. (Only if patrons start fighting with police are they likely to be arrested.)

Jones said he fully expects Horseshoe to have “a few problems” because of its late hours, which attract customers from bars that must close by 2 a.m. “If you’re out at 2 or 3 in the morning, all you can do is get into trouble,” Jones observed.

No Inspection in Phelps Case

Liquor Board secretary Bailey-Hedgepeth said she was aware of Olympic swimmer Michael Phelps’ DUI last September that stemmed from his heavy drinking at the casino. But she said she was reluctant to start an investigation until Jones, a retired police detective, took over as chief inspector in November.

“The Phelps case gave me a holistic opportunity to look at our process and to improve our process,” she said last week. “We had some emails over Phelps,” Jones added. “They [the casino] were doing a lot of self-policing, banning people from the property.”

At the invitation of Robert Viox, Horseshoe’s food and beverage chief, Jones was taken on a tour of the casino in December. “I did not see any obvious violation at this time. Will have inspectors follow up later,” he noted in his December 15 report.

On January 2, the agency received two 311 complaints through its new anonymous complaint system. One alleged underage drinking and over-serving by bartenders; the second complaint charged “prostitution, drugs and minor thugs.”

Three inspectors responded, according to agency records, by going to the casino at 9 p.m. where they were met by manager Jason Vermeychuk.

“After walking through casino floors and seen regular operations, we exited the casino,” the report said, concluding that the complaints were “unsubstantiated.”

Bailey-Hedgepeth said the board has started an initiative to inspect all businesses licensed to serve alcohol in Baltimore annually. “I have made a pledge that every establishment in the city will be visited once before this licensing year ends on April 30.”

And that, she vows, will include the city’s only establishment with a 24-hour liquor license.

– To reach the author: reuttermark@yahoo.com