While Baltimore has been swift to cut off water service to homeowners whose accounts are six months behind on bills and owe an average of $600, some government, business and nonprofit accounts seem to go unpaid without penalty – or apparently notice – for years.

That account, with a prominent Inner Harbor address, has not paid since December 2009 and has been eligible for cut-off since July 2010.

But city water continues to flow.

On April 8, the Department of Public Works contacted the account’s presumed owner – the Coast Guard cutter Taney, a city-owned Inner Harbor tourist attraction – to “speak with you” about the account that owes $122,617.29.

The cutter is managed by Historic Ships in Baltimore, an arm of the Living Classrooms Foundation, a group well-known for its work in education and its waterfront ventures. Both Mayor Stephanie Rawlings-Blake and City Council President Bernard (“Jack”) Young sit on the non-profit’s board of directors.

[Tip ‘o the hat to alert reader @bosconet for flagging this situation, in detail, in a comment on this story.] 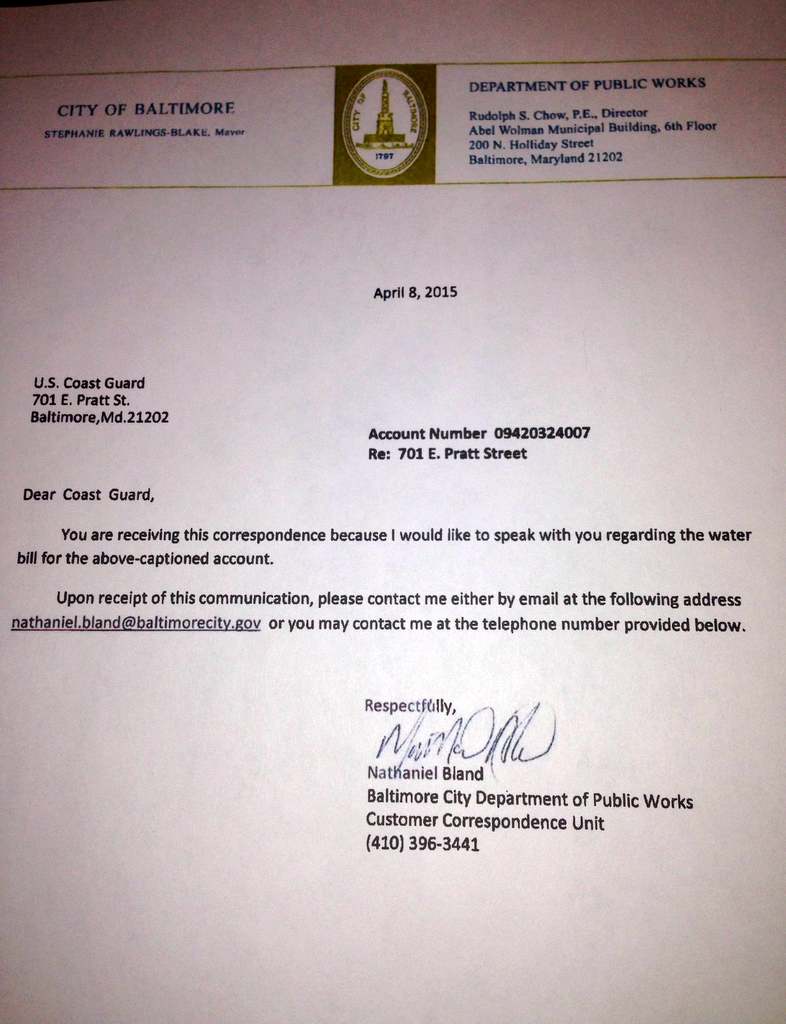 “Out of the Blue”

The Taney is one of several vessels run by Historic Ships.

The Brew contacted Christopher Rowsom, the executive director, about the account – specifically who was responsible for paying the ship’s water bills and if the outstanding bill belonged to the Taney.

Rowsom didn’t answer immediately. Eventually, after meeting with Living Classroom’s executive director James Piper Bond, Rowsom said the bill “came out of the blue to us.”

Asked if the account belonged to Historic Ships, Rowsom said, “We’re not exactly sure.”

“We’re working with the city and trying to figure it out.”

A few are for the Institute for Marine and Environmental Technology (IMET), a University System of Maryland marine and environmental research institution. The number 701 is emblazoned on the front of IMET’s building.

Alex Likowski, a spokesman for IMET, said the overdue bill is not theirs.

The center’s water costs are paid by UMBC. (Three bills for 701 E. Pratt are billed to a UMBC address. All are in good standing, online records show.) 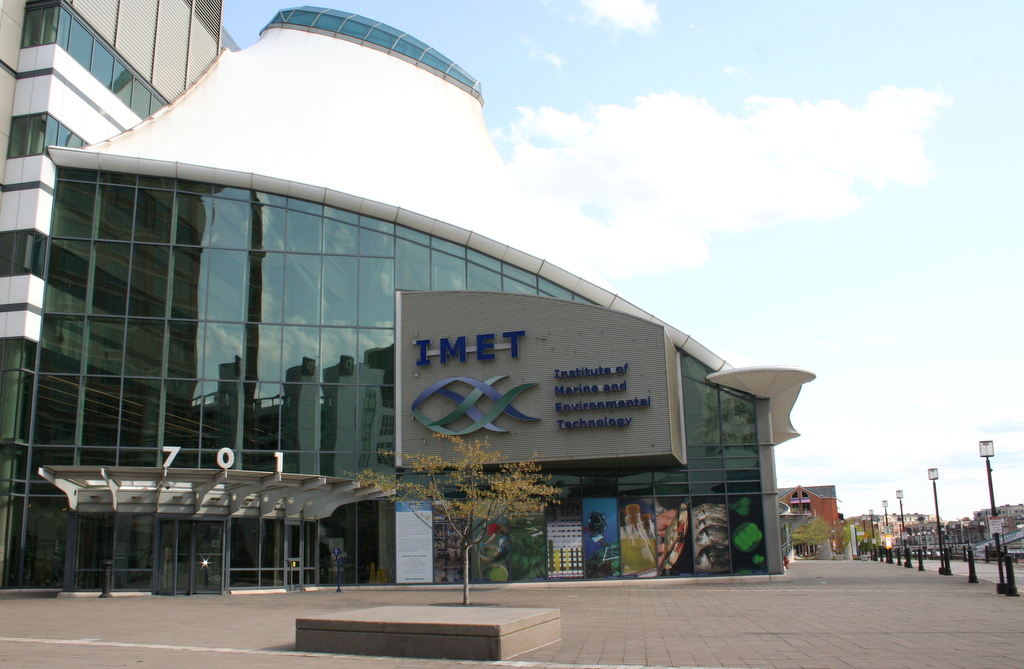 But Likowski said IMET was familiar with account 09420324007 and its history because the research center had received its bills in error.

The account, he said, was originally created by the now-defunct Christopher Columbus Center Development for landscaping and water service to two utility boxes on the Pier Five bulkhead – not, he said, for the Columbus Center building’s indoor operations.

When the Taney came to the Inner Harbor (reportedly in 1992), its water service connected to one of those two utility boxes, Likowski said.

After the demise of the CCCD, the city agreed that account 9420324007 should be in the name of the Mayor and City Council, but Likowski said he is not sure if that change was ever made.

In 2007, the director of facilities at the UM Biotechnology Institute (701 East Pratt’s previous tenant) told the city the institute had started receiving bills for that account even though that water service “does not support any function at the Columbus Center.”

Likowski said the director also requested that DPW terminate the service and remove the meter that was apparently in the university’s name. “I’m told that the city issued assurances that would happen,” Likowski said.

Jeff Raymond, spokesman for DPW, would not comment on Likowski’s assertions except to say that the agency is “working with the account.”

When asked who pays the water bills for Historic Ships’ vessels – the city or Living Classrooms – Rowsom said, “It depends on the wharfing agreement.”

In the case of the Seven Foot Knoll Lighthouse (at 301 East Pratt Street), “It’s a shore-side facility and we pay that.”

The Constellation, he noted, uses no water.

Asked specifically who pays the water bill for the Taney, Rowsom did not reply. Instead, he said, “I’m sure it will get worked out, hopefully sooner rather than later.”