Without discussion, the Board of Estimates yesterday deferred action on a group of bids that were 50% above the city’s estimated price for the work.

In the case of four contracts, all involving street repaving, the Department of Transportation recommended that the board reject the bids and start from scratch by re-advertising the projects.

Short term, the one-week deferral by the board will give Mayor Stephanie Rawlings-Blake and her staff time to decide whether to accept contracts that either “exceed” or “greatly exceed” the estimate by the city engineer – and would force DOT to defer other critical infrastructure projects.

Long term, the city is facing the erosion of its competitive bidding system – namely, the loss of private contractors willing to undertake government work.

The long-established system is based on the theory that robust rivalry by private companies, ending with the “blind” opening of bids at noon every Wednesday by the comptroller’s office, provides the city with the “best” or lowest prices.

But over the past year, the lack of appetite by contractors to do city work has become pronounced. At the mandatory pre-bid conference, 10 or even 20 parties may show up to get information and pick up contract documents. But when bids are due, only a handful – often counted on one hand – will return to City Hall with offers.

In a recent round of bids, involving such items as hot and cold patch paving materials and steel sub-bases for streetlights, there were only two bidders.

Three companies sought to renovate the inside of the Waxter Senior Center, but one was disqualified, leaving just Tito Contractors from Washington, D.C., and JLN, a Baltimore operator. The same two companies were the sole bidders on refurbishing the appellate judges’ chambers at the Courthouse East building.

An “on call” contract to repair broken water mains elicited just one bidder on April 29 – New Jersey-based Spiniello Companies – and a whopping price tag of $19,554,330.

That bid was nearly three times higher than the city engineer’s estimate of $7,891,877. “There are not enough funds available in the budget to fund the contract as bid,” noted the Department of Public Works, which probably was why the spending board decided yesterday to reject the bid and re-advertise. 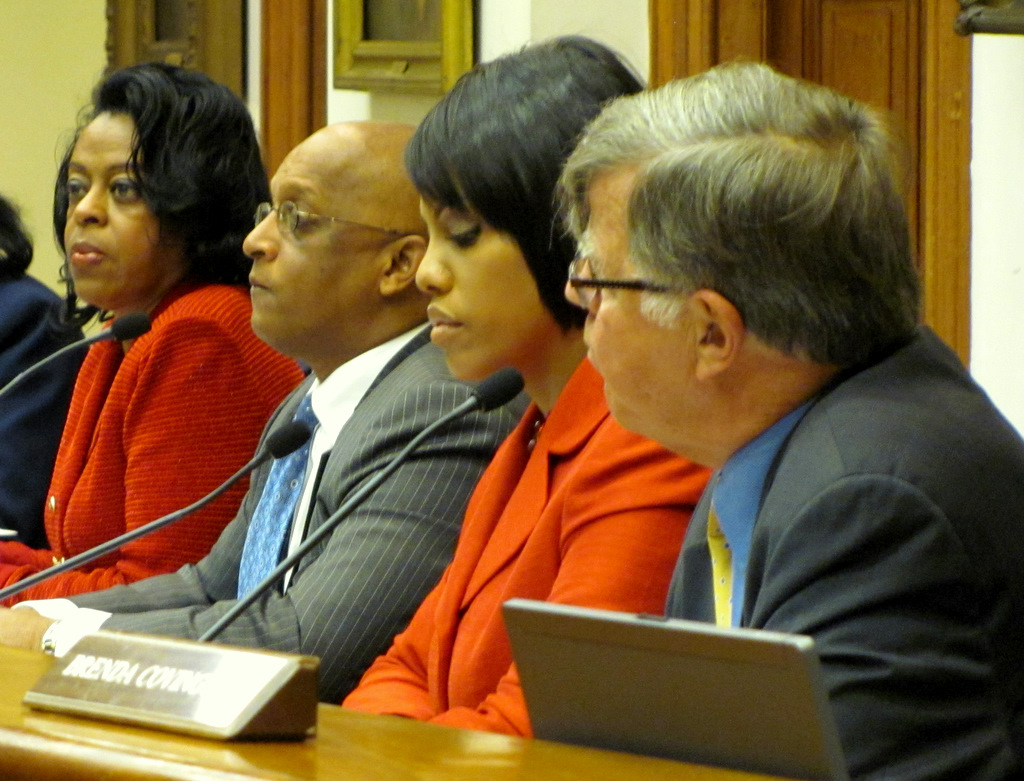 Regarding the four paving contracts that DOT wanted the board to reject, two involved single bids and two involved two companies.

There were other examples yesterday of unfulfilled city work due to absence of viable bids.

They included a  “Pharmacy Benefit Management Audit and Consultant Services” contract that garnered a single offer – rejected as “non-responsive and materially defective” – and a “Electronic Material Collection and Recycling Services” contract whose two bidders failed to either meet minority hiring goals or submitted a sky-high price.

As a rule, the fewest number of bidders turn up for large construction projects, while as many as six or eight companies will sometimes bid on $100,000 or under supply contracts.

The scarcity of big-ticket competition partly reflects the specialized nature of the work and partly an improved economy that allows contractors to find private-sector work with less red tape and aggravation.

Still for city residents, it’s a disturbing trend when so few companies are bidding on tens of millions of dollars of water and sewer contracts – and municipal water rates are expected to continue their upward trajectory to pay for them.

Could the Yellow Pages Help?

Mayor Rawlings-Blake has made no public effort to encourage national infrastructure companies to come to Baltimore, and “outsiders” who have appeared before the board (and talked to The Brew afterwards) say they are baffled by how the city selects a winning bid.

The late Arnold M. Jolivet often lectured the mayor on the spending board’s penchant to cherrypick contractors and jump over low bidders for obscure reasons. At one meeting, he pointed to the purchasing department’s inability to attract more than two fencing-supply companies to bid on nearly a half-million-dollars of work.

“Fence companies!” he thundered. “Why, there are dozens of them in the Yellow Pages. I respectfully request that the distinguished members of this board let their fingers do the walking.”