Concerned that public funds are being squandered and agreements with the city aren’t being followed, City Councilman Carl Stokes said he will hold a public hearing to find out why the National Aquarium has not opened a $4 million park it created on the Middle Branch shoreline.

Stokes also said that if the aquarium no longer wants the property, he believes the park land should revert to the city and not be sold or leased to Sagamore Development, a company that already has purchased another former aquarium property nearby, or any other third party.

Stokes, chairman of the Council’s Recreation and Parks Committee, said this week he is troubled by an article in The Brew that an aquarium affiliate received federal and state funds to build a public park along the shoreline at Hanover and Cromwell streets, but has never opened it to the public even though construction is essentially complete.

The area is known as West Covington Park, and it’s now surrounded by a metal fence marked with signs that read “Private Property No Trespassing.”

Stokes is also concerned that the park’s newly installed plants and trees will die in the summer heat without proper care, representing an additional waste of public funds.

The private aquarium originally acquired more than 19 acres from the city but sold a 6.8 acre parcel to a developer and recently agreed to make more of its land available to a second developer.

“We should look at that because the city gave that land at a reduced price to the aquarium after the aquarium expressed interest in having an open space where it could teach young people about marine life,” Stokes said.

In return for the reduced-price sale, Stokes said, the aquarium agreed to clean up the land and provide public access along the water’s edge. 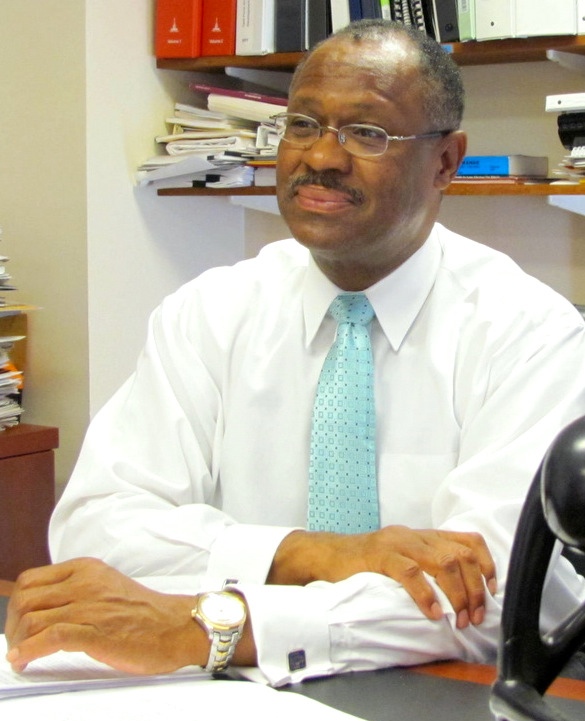 By fencing the land off and not opening the park, he said, the aquarium is preventing the access the city expected when it sold the land.

“It should stay a public space,” he said. “We want the area around the harbor to remain accessible.”

The land in question is part of a tract that the city sold in 2007 to an aquarium affiliate, the Center for Aquatic Life and Conservation (CALC).

The aquarium and the Baltimore Development Corp. announced plans in 2004 to build a $110 million Middle Branch campus for CALC that would contain an animal care facility, research and office space, classrooms, a hotel, conference center and public park with hiking and biking trails and a fishing pier.

The city vacated its huge vehicle repair facility on West Dickman Street and built a replacement garage in East Baltimore, at a cost of more than $15 million, to make way for the aquarium’s project. But the aquarium built nothing except the park.

On August 15, 2007, CALC sold the Dickman Street garage to a private developer, Patrick Turner, for $1.5 million. Turner lost the property in a foreclosure sale in 2013, thwarting the aquarium’s chances of ever completing its project. 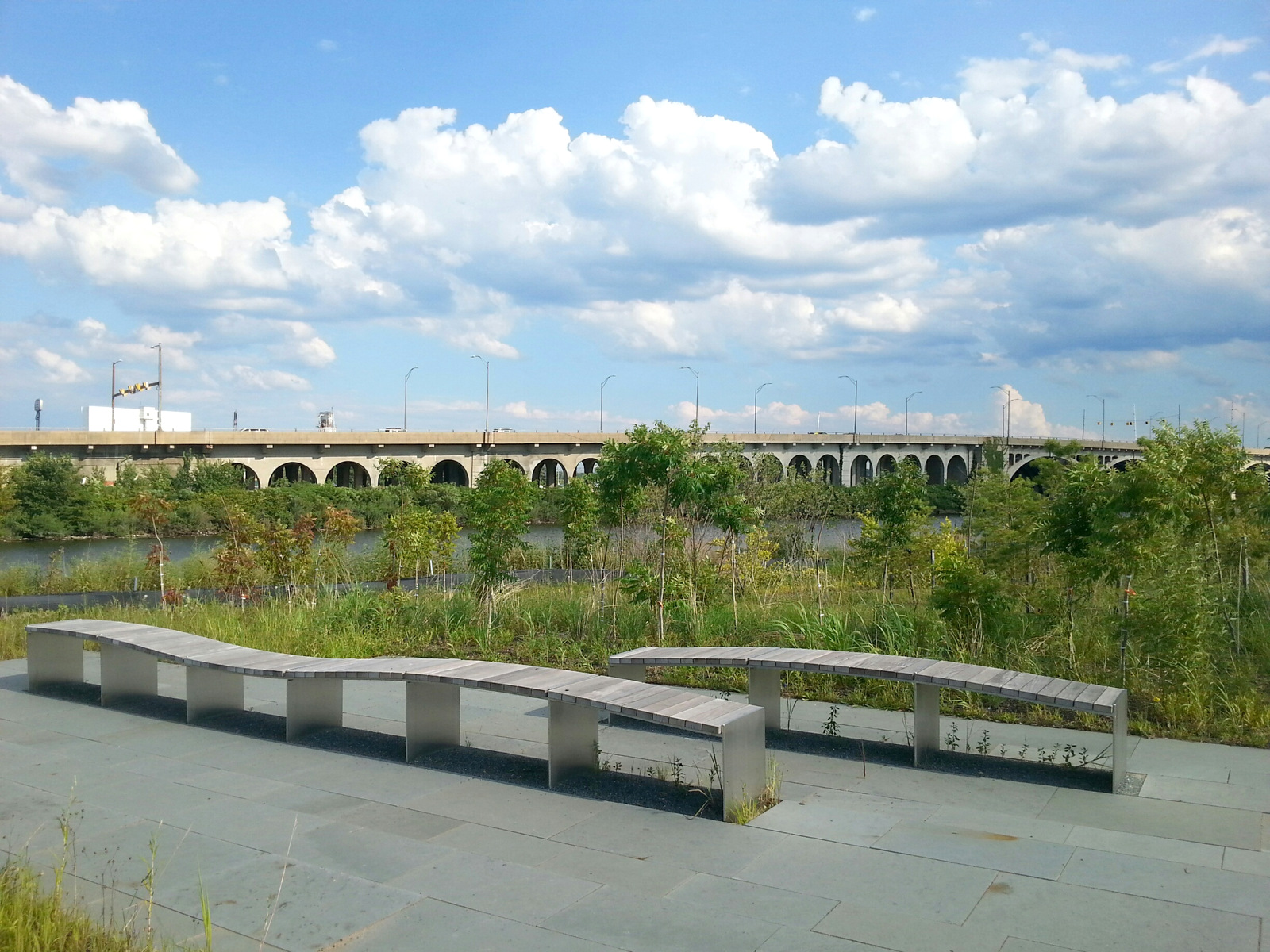 Weeds grow under the pristine benches of West Covington Park. There appears to be no upkeep of the elaborate plantings made at the fenced-off facility. In the background is the Hanover Street Bridge. (Photo by Ed Gunts)

The buyer was an affiliate of Sagamore Development, the real estate venture headed by Kevin Plank, the founder and CEO of Under Armour.

Earlier this year, the aquarium agreed to make land available from its 2400 Clarkson Street tract to Sagamore for use in conjunction with its redevelopment of the former aquarium property at 101 W. Dickman Street.

John Maroon, a spokesman for Sagamore, said he did not know how much of the 4.3-acre Clarkson tract Sagamore is permitted to use under its agreement with the aquarium.

Sagamore is a potential buyer for more of the aquarium property.

In recent months, Sagamore and Under Armour have acquired 230 acres in Port Covington, Westport and elsewhere along the Middle Branch to build a new headquarters for Under Armour, which is currently based in Locust Point.

The land includes the former 43-acre waterfront site in Westport assembled by Turner and commercially zoned property in Port Covington.

One of Sagamore’s first projects on the Middle Branch is the conversion of the former vehicle repair facility, the building once owned by the aquarium, into a 140,000-square-foot manufacturing space called City Garage for Under Armour and others.

Kate Rowe, a spokesperson for the aquarium, has declined to say whether the aquarium is in negotiations with Sagamore or anyone else about selling more of its land along the Middle Branch.

Instead, she issued a series of statements by email that indicated the aquarium is reevaluating its options for its holdings on the Middle Branch and may sell its land there altogether.

“We have come to understand that the site may be of greater value to the city and state in the hands of another developer,” she wrote in one email.

“With many public and private stakeholders and a rigorous approval process, no final disposition of the property has been made,” Rowe said in another email dated August 6, 2015.

“The Aquarium is very mindful of the many parameters and requirements that are inherent in any potential sale of the property, and in any event is prevented by its original agreement from profiting from any future sale.”

Eric Costello, vice chair of the Recreation and Parks Committee and the Council member whose district includes West Covington Park, was asked on Monday if constituents have contacted his office about the park not being open. He shook his head no.

Aquarium Chief Executive Officer John Racanelli did not respond to a request for comment on Stokes’ call for a public hearing about the park and the status of the aquarium’s other Middle Branch holdings.

Margot Amelia, the aquarium’s senior vice president and chief marketing officer, said in an email that she and Racanelli would confer and one of them would respond.