The first audit of a Baltimore city agency under a 2012 voter-mandated program contains no financial information about how the Department of Transportation spent its $160-million-plus annual budgets between 2010 and 2013.

Instead, the audit only measured how well DOT performed on its core missions, such as keeping street lights lit, based on statistical measures established by the Rawlings-Blake administration.

The verdict: Nearly all of the “accomplishments” cited by DOT are not supported by hard data, and there’s been little attempt by the agency to generate such information.

For the most part, DOT’s performance targets and “actuals” amount to guesstimates of consultants or officials who no longer work for the agency.

A copy of the audit by Hamilton Enterprises, dated November 20 but so far unreleased by City Hall, was obtained by The Brew.

The 40-page report is expected to be formally presented to Mayor Stephanie Rawlings-Blake and the Board of Estimates on Wednesday.

Henry J. Raymond, the Director of Finance who is responsible for releasing the audits, promised the City Council last month that both financial and performance audits would be available last Monday for DOT, Finance and the Department of Recreation and Parks.

But the November 30 deadline passed without the audits – and without any explanation by Raymond or the mayor’s spokesman, Howard Libit.

So far, the performance audit of DOT is the only completed report of the 26 performance and financial audits due for 13 principal agencies by the end of Rawlings-Blake’s term next December.

The Finance and Rec and Parks audits have been pushed back to mid-December or later. It is unclear whether either of them will include financial data or will consist only of a performance evaluation.

Completion of the financial audit of DOT has been postponed to next February, informed sources told The Brew today. That’s partly because the agency has no ledger books or other financial records for the years in question, 2010 to 2013.

These records will either have to be “created” by an auditor based on scraps of information from the agency or drawn from records of the Finance Department, which handles the agency’s payroll and purchases.

Financial and performance audits of three city agencies were “anticipated” by November 30, according to this document released at a City Council public hearing last month. Only a single performance audit has been finished. (Department of Finance, November 12, 2015)

Examining five measures of DOT’s performance as an agency, Hamilton Enterprises said that none of the agency’s assertions could be supported by backup data.

In most cases, internal procedures were lacking, making it difficult to determine how the agency came up with its “target” and “actual” performance numbers.

But the agency “was unable to provide any documentation related to the budgeted targets for this measure,” according to the audit report. Instead, “the target amount contained in the City budget has been rolled forward throughout the years and arbitrarily increased in FY 2013.” 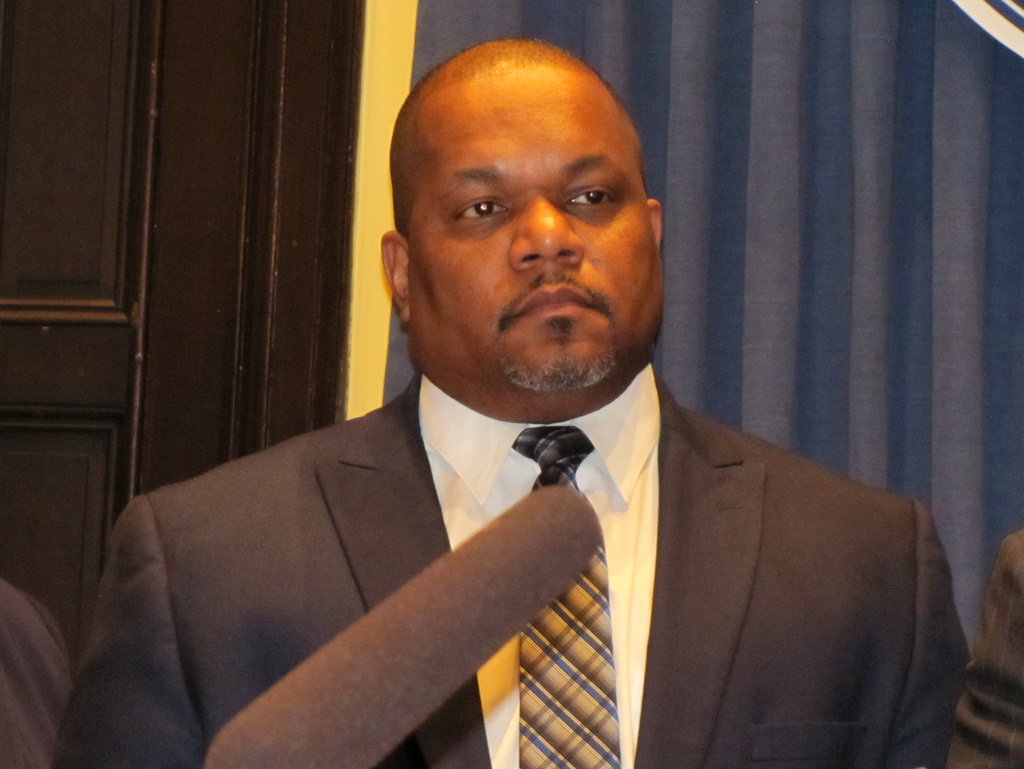 In terms of meeting its target for repaving streets – and its assertion that “59% of city roadways meet acceptable pavement standards” – DOT said it could not supply documentation to the auditor because it had hired two different consultants in different years to conduct the surveys.

Because the consultants had used “proprietary software” for their analyses, the agency said, it could not to provide Hamilton Enterprises with a copy of the material.

DOT receives federal funds to maintain its bridges and is required to inspect bridges over 20 feet in length every two years.

Based on inspections logged onto city software, DOT has repeatedly asserted that only 14% of bridges have a failing “bridge sufficiency” grade of below 50.

But yet again, according to the audit, “DOT representatives were unable to provide any documentation to support the actual measures reported in CitiStat or budget documents” regarding bridge sufficiency.

Neither could the agency offer “evidence of policies, procedures, internal controls or accountability for the [bridge sufficiency] measure, including recording, reviewing and reporting of the performance measure,” the audit said.

DOT is the third largest department in Baltimore government, after Police and Public Works. Its fiscal 2013 budget was $168.7 million, and it employed over 1,400 full-time workers.

In its rebuttal published in the report, DOT agreed with nearly all of the criticisms of the auditor, quibbling over a few points.

But the agency said that changes were on the way. The agency said it was under new management by William M. Johnson, who replaced Khalil Zaied as director in May 2013.

Zaied, who headed the agency during most of the period under review, was promoted to the position of deputy mayor for operations by Mayor Rawlings-Blake.

Under Johnson, DOT is now undergoing a “full-scale assessment” of its operations, the agency said in its rebuttal, and is seeking ways to make sure that “documentation for how data is calculated, tracked and/or collected” is available to auditors in the future.