An array of career politicians and political novices – some touting knowledge of how city government works, others vowing to blow “the culture of city government” up – perched on metal stools last night for a mayoral forum in Station North.

Invoking last spring’s protests and riots, moderator Rodney Foxworth began by saying “we all agree, Baltimore is at a critical inflection point.”

But would the in-custody death of Freddie Gray and all that came after produce positive political change?

With corporate cash already flooding the campaign and conventional wisdom giving an early advantage to former mayor Sheila Dixon and other incumbents, the outsiders urged the crowd of more than 250 to give them a chance.

“Don’t believe the polls: this is an anti-establishment election,” said one of the 11 candidates in attendance, Cindy Walsh.

“We sit up here on this panel where more than half of the candidates here are being financed by the exact same corporate interests that have perpetuated the racial disparities,” said candidate Joshua Harris.  “I’m looking for you to look beyond what you see on TV and what you read in the newspapers and look for substance in the candidates.” 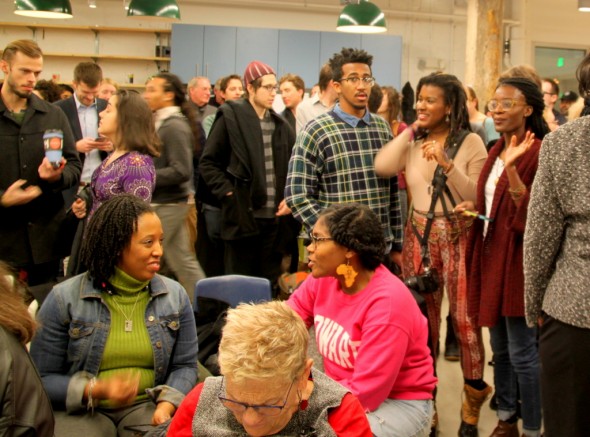 Some revealing moments happened around the wonky but important issue of audits, which have not been conducted on major city agencies in decades.

Candidates were asked not just to explain what they would do on the issue, but to give a letter grade to the administration of incumbent mayor Stephanie Rawlings-Blake (who announced in September she would not seek re-election.)

Dixon (who resigned as part of a plea agreement after her 2009 embezzlement conviction) gave her successor a “ C” adding: “the first thing I’m going to do is performance audits in all our agencies.” 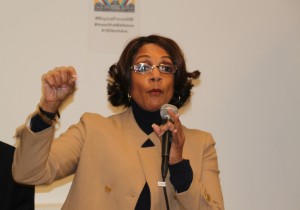 Dixon, who stresses her experience, elaborated, saying “Here again you have to understand [how] city government works.”

“You have to work in collaboration. The Comptroller’s office has an audit department but she doesn’t have the resources needed to do those audits that are needed for the agency,” she said. “So I will sit down with the Comptroller and work through a process and have the city council approve it hopefully.”

Candidate Calvin Young came next, slapping not just the current administration but past administrations, including Dixon’s, with an “F” for for failing to monitor city finances.

“There hasn’t been audits for decades,” Young said.

Dixon, sitting next to him, bristled at his observation that there had been no auditing while she was in office (from Jan. 2007 to Feb. 2010.)

“There has been,” she protested, getting a “shush” from the moderators.

“There have not been real audits,” Young shot back.

A Rorschach test of a question, the audit query prompted responses that flushed out the differences between the candidates in substance and style.

“This lack of attention to detail, this lack of respect for the citizens of this city. . .has gone on for too long,” said upbeat businessman David Warnock, vowing to “change the culture of government” by introducing a “customer service” ethic and a culture of “promote from within.” 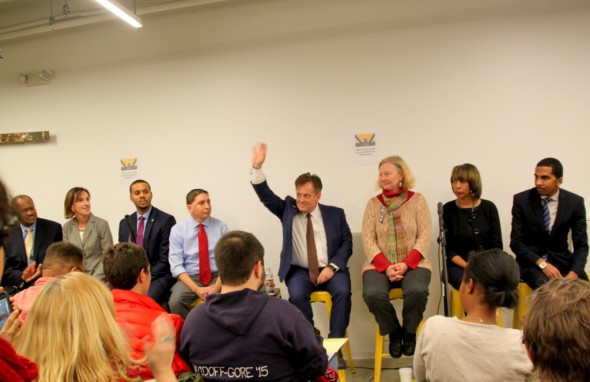 Passionate and plainspoken Patrick Guttierez gave Rawlings-Blake a “G” saying “if I have to line up PricewaterhouseCoopers to be waiting at the front door on the first day of my administration [to conduct audits], that’s what I’ll do.”

Attorney Elizabeth Embry went for judicious but righteous, saying that she might have given Rawlings-Blake’s administration a “D,” since they have conducted an audit of the Department of Transportation.

But, having read the document and discovered “it doesn’t even have metrics to show its outcomes,” she would drop her grade to “F,” the self-described “audit nerd” said. 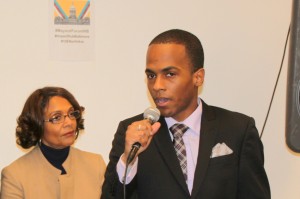 “We have to look at the city charter and separate the department of public housing from the department of Housing and Community Development so it’s not controlled by one person who can continuously mismanage those funds,” he said.

(This was a reference to embattled Housing Commissioner Paul T. Graziano. Most of the candidates said they would not retain him if elected, though the brevity of the show of hands made it hard to tell whose hands stayed down.)

Harris also attributed some of the city’s financial inequities to the Baltimore Development Corporation, noting “it was created so we can take public dollars and use it for private interests.”

City police sergeant Gersham Cupid, noting that he doesn’t have “any political connections,” said “we have to do better. There’s no reason why we cannot conduct audits. Longtime activist Walsh said auditing needs to be seen not as an occasional exercise but as ongoing monitoring.

When his turn came, Councilman Carl Stokes invoked his status as the person who brought public attention to the city’s lack of auditing and pushed through legislation to require it. He described how,  when the mayor was closing rec centers and pools she said she had to “because we don’t have any money.” 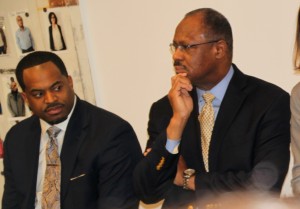 Stokes spearheaded the legislation that was eventually passed (and approved by voters as a charter amendment in 2012)  that requires quadrennial agency audits. Last night he called that measure “a weak bill” that was “watered down” by his council colleagues.

Next up to speak was Stokes’ colleague Councilman Nick J. Mosby, who was one of those colleagues.

On June 25, 2012, Mosby lined up with others, and the Rawlings-Blake administration voting to kill a Stokes bill that would have placed an every two-year auditing requirement on the ballot. (He did not reference that history when he spoke.)

“We have to look at it not only from a financial perspective but from a performance perspective,” Mosby said, vowing to create a project management office to ensure that work is finished “on time and at cost” and referring to his 15-point plan.

“It’s not about how much money you have but about how you leverage a dollar and whether you’re spending it in the most effective and efficient manner,” he said.

Sen. Catherine Pugh, who has been in politics since taking a seat on the city council in 1999 and who always seems to have ready words on any subject, had some on this topic: 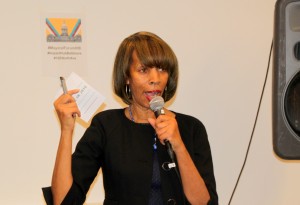 “I give the city an ‘F.’ Because first of all there needs to be transparency. And when you run a business, and the city should be run like a business that provides services and opportunity, and if you don’t have transparency, [if] you don’t know what every agency has, how do you delegate responsibilities or build on programs?” she said.

How the candidates answered other questions, including this from J. C. Faulk:
“How will you stop police from killing black people?”

Full video of the event from Gus Sentementes’ City Explainer.