Federal and state officials may be willing to let Baltimore off the hook. Mother Nature is not so forgiving.

Two months after the city missed a January 1, 2016 deadline for complying with a 14-year-old sewage consent decree, a storm dumped over 2 inches of rain last Wednesday.

The half-finished improvements to the municipal wastewater collection system were overwhelmed.

Baltimore experienced a huge sewage overflow at the same time it is pleading with the Environmental Protection Agency (EPA) to give it eight or more years to fix its antiquated sewers.

As always, the human wastes and street runoff that flowed down the Jones Falls into the Inner Harbor came mixed with rainwater.

The latest overflow is certain to continue the “F” grades conferred on the Inner Harbor’s water quality, with heavy concentrations of fecal bacteria found in close proximity to some of the fanciest waterfront addresses in town.

The bacteria problem is acute primarily because of the accumulated effect of sewage runoffs, according to the Environmental Integrity Project. Where the Jones Falls/Fallsway flows into the Inner Harbor, for example, 92% of the samples taken by the group exceeded Enterococcus bacteria standards, sometimes by more than 400 times.

So it’s no surprise that the latest (2014) “Healthy Harbor Report Card” issued by the Waterfront Partnership and Blue Water Baltimore gave the entire Inner Harbor a flunking grade.

The report noted that fecal bacteria levels “primarily due to wet-weather sanitary sewer outflows discharging raw sewage into the water” were at levels far higher “than safe for humans to touch” in the waters that lap against the promenade of downtown’s Harborplace.

What’s more, phosphorus and nitrogen levels have actually worsened, not improved, in the Jones Falls that feeds into the Inner Harbor next to Pier Six, Four Seasons Hotel and the Marriott Waterfront Hotel. 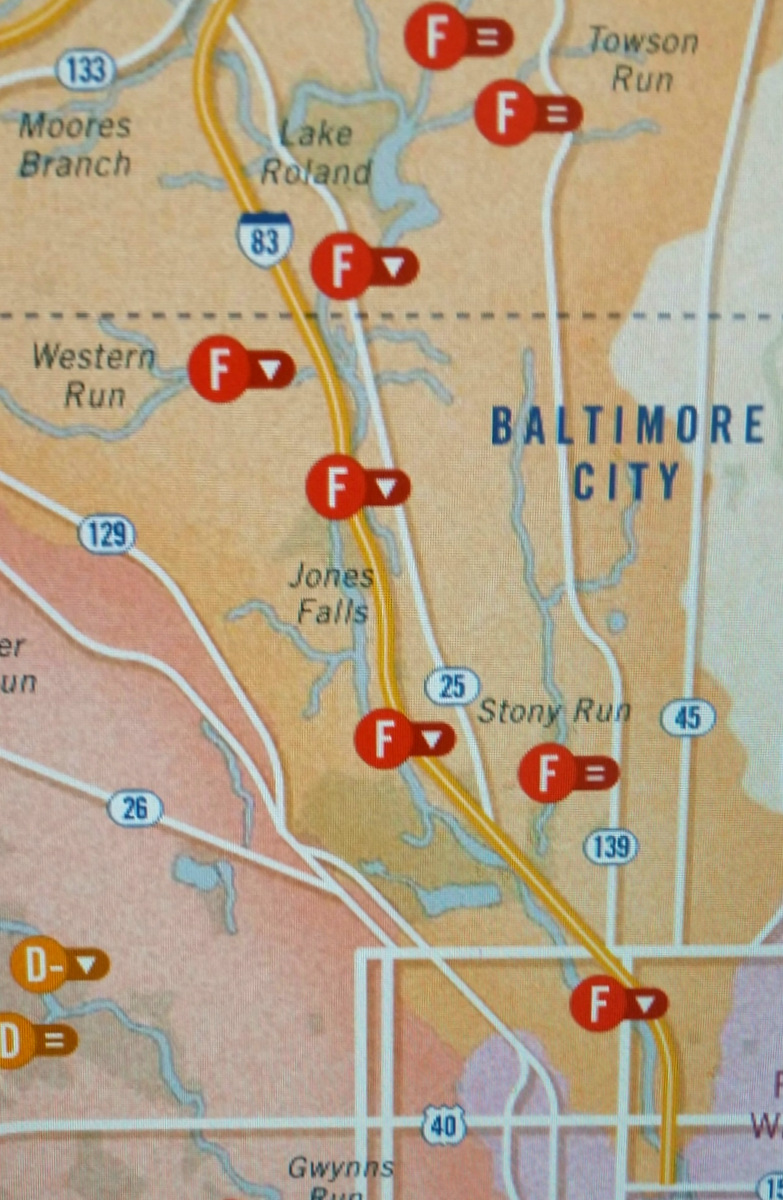 Last Thursday, or a day after the storm, the Department of Public Works acknowledged that there were some comparatively small wastewater overflows the night before.

Some 150,000 gallons of untreated sewage had spilled out on two East Baltimore streets and another 50,000 gallons bypassed treatment at the Patapsco wastewater plant at Wagners Point. So, a grand total of 200,000 gallons.

But pressed by The Brew and others, DPW disclosed late Friday afternoon (February 26) what was really going on – namely, two “relief” overflow sewer lines had released 12.4 million additional gallons of sewage water during the storm.

DPW has meters on those two relief sewer lines, so it knew exactly how much was being dumped into the Jones Falls. But the agency has consistently failed in the past to report some 90% of this released sewage to the Maryland Department of the Environment (MDE)’s public sewage overflow database.

The Environmental Integrity Project has questioned the city about the lapse.

DPW argued that they were reporting these overflows on a quarterly basis to MDE and EPA (although not to the public) as part of their consent decree progress reports, according to EIP’s Tom Pelton, the author of “Stopping the Flood Beneath Baltimore’s Streets.”

“The problem is the city doesn’t even report the amount of these overflows to EPA or MDE in these quarterly reports,” Pelton explained today.

“It just reports the date of rainfall and the amount of rainfall. So that is not really reporting the amount of overflows, as required by the consent decree. And it is certainly not meeting the public reporting requirements of state law,” he said.

DPW officials have said they are not required to report these overflows because they were “structured” by the original sewer planners to release sewage water and were not “accidental” overflows. Pelton said state law makes no such distinction.

(The D.C.-based group discovered the overflows weren’t reported to MDE when they examined city data obtained under a Public Information Act request and compared it to MDE’s sewage overflow database.)

Of course, both state and federal regulators knew about the structured outflows – they had ordered them closed in 2010.

It was exactly this type of management practice that got Baltimore City into trouble in the first place.

The dumping of untreated human waste into rivers and streams is a flagrant violation of the 1972 Clean Water Act. In 2002, Baltimore came face-to-face with a U.S. Justice Department lawsuit and millions of dollars in potential fines.

What City Agreed to Do

To get the feds off his back, then-Mayor Martin O’Malley signed a decree with the EPA that legally bound Baltimore to what is now conservatively estimated to be $2 billion worth of sewage treatment upgrades. 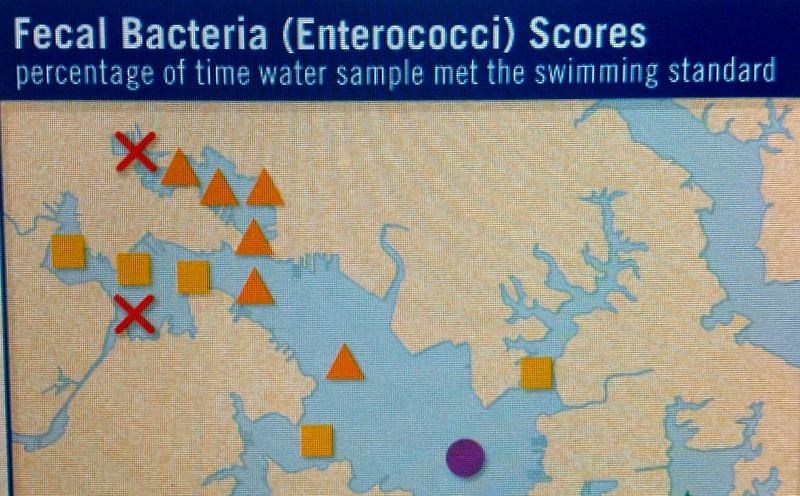 The state of Maryland has funded some of the $1 billion that the city has so far spent on the upgrades, but the lion’s share comes from rapidly rising water and sewer fees paid by over 400,000 households and businesses in the city, Baltimore County and parts of surrounding counties.

Improvements have been made, especially to the treatment plants at Back River and Wagners Point. The wastewater that goes through these facilities is cleaner and more nutrient-free than ever before.

But hundreds of miles of underground sewers remain in the city – some cracking, others sagging and nearly all leaking.

Perhaps the most serious problem involves the main conduit that goes from Harbor East to the Back River plant under Fells Point, Highlandtown and Greektown.

The 12-foot-diameter pipe has become so bowed and sunken that it actually enters the Back River facility four feet too low.

As a result, sewage four feet deep backs up for miles in the pipe, limiting the pipe’s “hydraulic capacity” to accept wastewater during a storm surge.

The consent decree’s deadline to “eliminate all” sewage overflows came and went on January 1 without any announcement by the regulators or regulated as to where progress stood.

Behind the scenes, the Rawlings-Blake administration has been negotiating with EPA and MDA to extend the decree. The city wants another eight or more years to complete the upgrades, according to informed sources. Environmental Integrity says any extension beyond 2020 is unwarranted.

EPA and MDE haven’t made any official response yet.

So surrounded by a wall of bureaucratic silence, the question of how the city handled a sudden storm surge played out on city streets and waterways last week.

The answer: not too cleanly.