Baltimore and its mayor, Stephanie Rawlings-Blake, were set to get about 95 seconds of free, uncomplicated national exposure this afternoon, when she was asked to gavel the Democratic National Convention to a start.

But first-time jitters appear to have caught up to Rawlings-Blake. Or perhaps it was the cauldron of tension in the room as disgraced Democratic National Committee chairwoman Debbie Wasserman Schultz was kept off the stage, requiring the Baltimore mayor’s 11th-hour assignment. 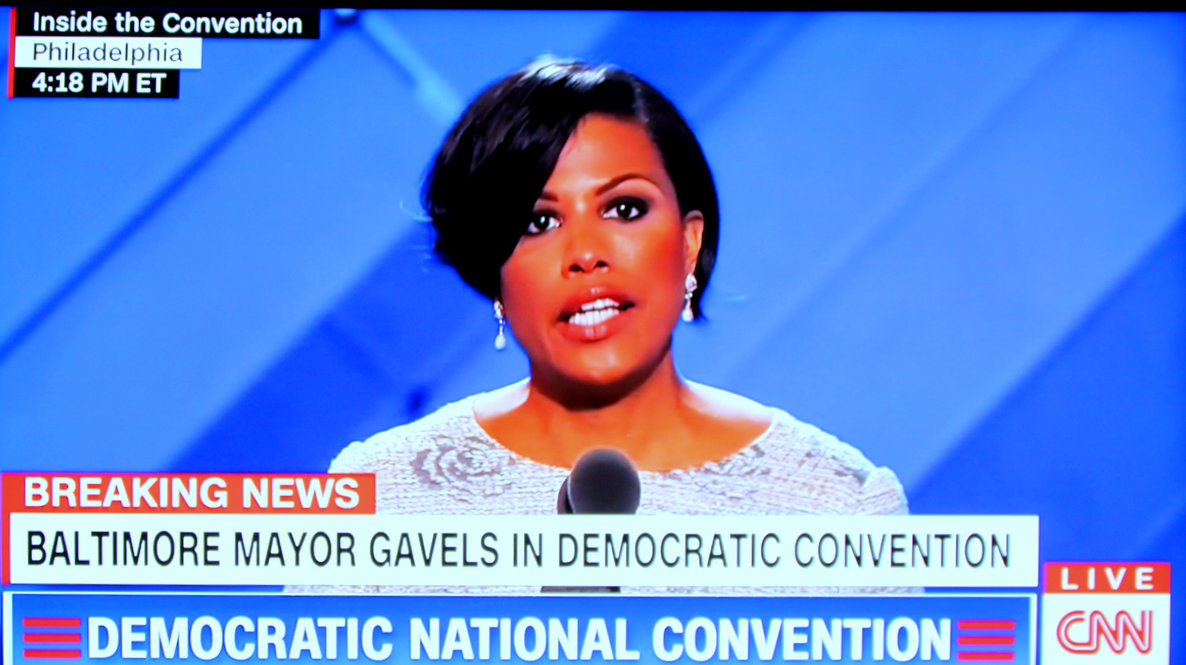 The mayor on CNN as she made her remarks at the Democratic National Convention.

Maybe she was rattled by the size of her audience, which she noted included “all of you who have joined us by television, by radio and online here in the United States and around the world!”

Because after she uttered the key sentence – “I hereby call the 47th quadrennial Democratic National Convention to order!” – she flashed a smile and walked off the stage . . .

. . . without bringing down the gavel.

Informed of the flub, she dashed back onto the podium and, with a look of exasperation, banged the wooden mallet down.

The cameras caught laughter and applause in the room, suggesting the audience took the minor flub in good humor and gave Rawlings-Blake a #therebutforthegraceofgodgoI pass.

Not so online, where a clip of the moment went viral, was quickly turned into a GIF and a meme and struck some as a bad omen for a party whose convention had begun in disarray.

For others it was occasion to revive the criticism – not to mention racism, sexism, mockery and more – hurled at Baltimore, its residents and its mayor after the 2015 in-custody death of Freddie Gray triggered protests and a riot. 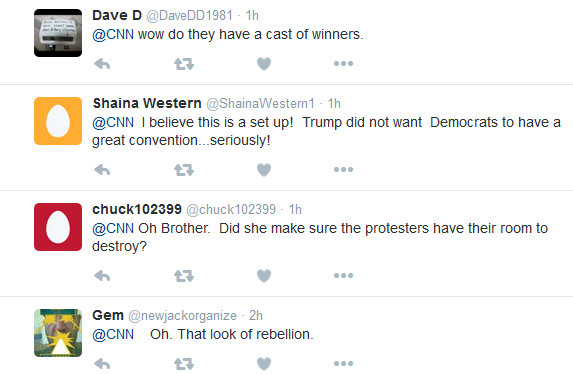 It came just one day after Wasserman Schultz said she would step down from her chairmanship following the convention after leaked emails showed DNC officials gave preference to presumptive Democratic nominee Hillary Clinton during the primary race against Bernie Sanders.

And just before Sanders backers in the hall began booing every mention of Clinton in a drive to get delegates to reverse course and nominate their candidate.

Meanwhile, on Rawlings-Blake’s Twitter there was no mention of the flap. But she did take a moment to plug the Lutherville designer responsible for the dress she wore.

And to declare without irony #whatamoment !