The City Council tonight approved a bill aimed at guiding Baltimore’s land use for the next half a century.

Six years in the making, TransForm Baltimore’s 500-plus pages of text, tables and maps will replace the current zoning law enacted in 1971.

What was expected to be the bill’s smooth passage, however, was interrupted by 7th District Councilman Nick Mosby, who denounced his colleagues after a majority of them stripped his regulations for liquor establishments out of the measure.

“I stand before you today utterly disappointed,” Mosby said, charging that special interests had scared the Council into backing down from helping poor communities combat the proliferation of liquor outlets in their neighborhoods.

“I’m not sure what we’ve learned from April and May of 2015,” he said. “The thing is [Councilman] Brandon Scott stands up every single Monday and tells us about the young men who have been murdered on our streets. But we continue to regurgitate the same legislation and same failed policies over and over and over again.”

“Business was not going to flee outside the city of Baltimore in record numbers,” Mosby said of his proposed amendments to the liquor provisions of the zoning code. “Yet we decided not to take the sharp challenge of doing the right thing, and that is passing this legislation.

“So how quaint or how verbose your cocky ‘no’s’ are in the shape of today, I tell you in good faith that you are on the wrong side of history.”

Mosby’s amendment, which required businesses that sell alcoholic beverages not to “adversely affect, jeopardize or endanger public health,” caught Young and the Rawlings-Blake administration by surprise when it was forwarded to the full Council last week amidst hundreds of other amendments to the TransForm bill (some quite lucrative to the parties involved).

Soon the law department was criticizing the amendment as vague, unfinished and exceeding the city’s zoning authority. “Even if these requirements would be permissible,” wrote Chief Solicitor Hiley B. Ruley in a memo, “which they are not, they are void for vagueness because store owners would have insufficient understanding of what is required.”

Ruley further said a Nuisance Prevention Board specified by the amendment conflicted with state liquor laws, which are enforced by the city’s Liquor Board.

Opposition around the provisions rapidly coalesced so that by the time of this evening’s vote, Mosby had only two Council allies left – Mary Pat Clarke and Bill Henry. (Last week, the amendment passed the Land Use Committee by a 5-2 vote.) 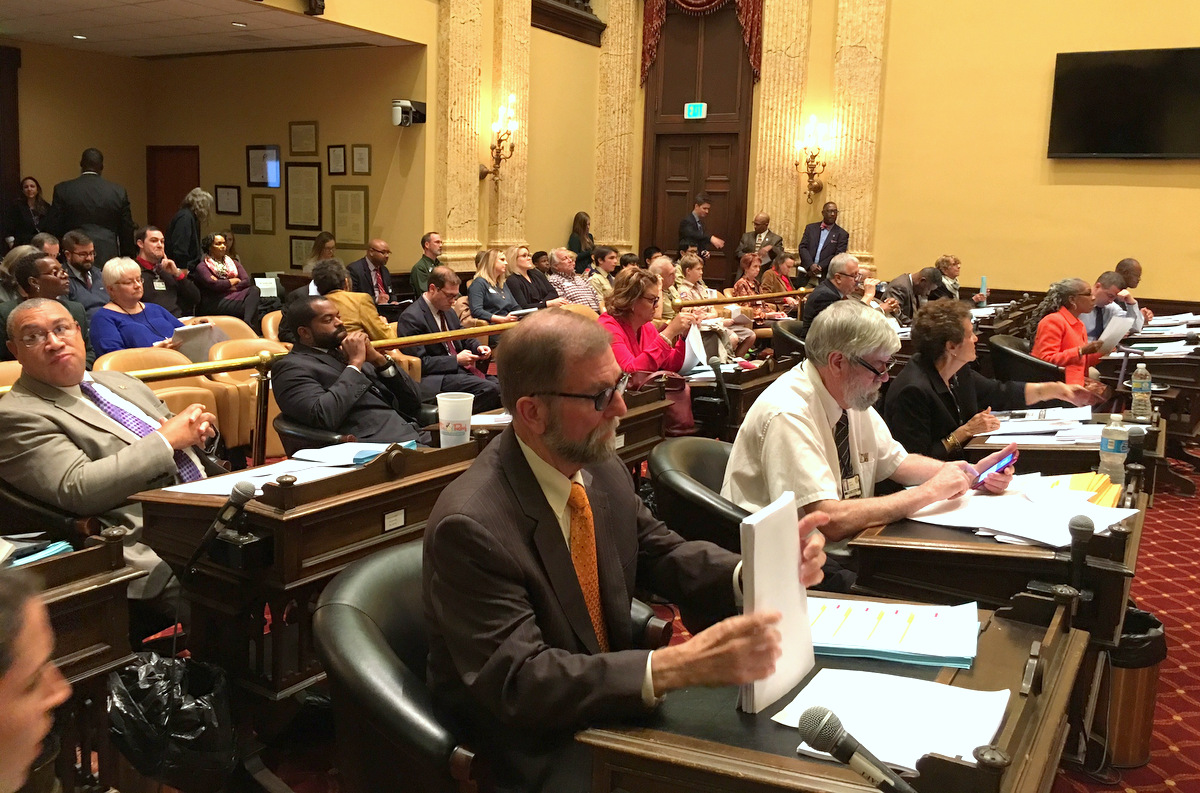 “This didn’t come out of nowhere,” Clarke said tonight, noting that a professor from Johns Hopkins Bloomberg School of Public Health had helped Mosby draft the amendment and gone over the provisions with Council members.

What TransForm Aims To Do

• protect and strengthen the “character” of existing neighborhoods and retail zones.

• continued use of PUDs (planned unit developments) to create projects that include open space and transit while restricting cars and parking.

The push to finish the TransForm bill before the current term of the City Council expires was the impetus behind the last few weeks of rapid-fire hearings and working sessions on the bill.

Having passed the critical second reader tonight, the bill (12-0251) will go before the Council on November 14 as an agenda item with finalized maps and text.

However, it will not be formally acted on until the body’s final meeting on December 5. At that point, the bill will need Mayor Stephanie Rawlings-Blake’s signature to become law.

Even with the mayor’s approval, the new zoning law won’t go into effect for 180 days (or the first week of June 2017). This is considered the minimum period needed by the law department, legislative reference and the Council to fix the bill’s technical shortcomings and inconsistencies.

All of which means that while the current lame-duck Council may pass TransForm Baltimore, it will be the responsibility of the next Council to complete and possible modify it.