“This is a wonderful and great day for Baltimore,” she said, flanked by Baltimore Police Commissioner Kevin Davis on one side and U.S. Attorney General Loretta Lynch on the other, along with a host of VIPs.

Acknowledging that “this is only the beginning,” Pugh said the agreement signed with the Department of Justice would guide the city through a process of correcting what federal investigators say is years of discriminatory and unconstitutional policing.

But some residents, still chewing through the 227-page document released this morning, were not ready to celebrate.

“I need to see the details of how this is going to be implemented, who is going to be at the table as this goes forward,” said Lawrence Grandpre, of Leaders of a Beautiful Struggle.

He was speaking at an earlier event, approval by the Board of Estimates of an agreement sure to cost the city millions of dollars. 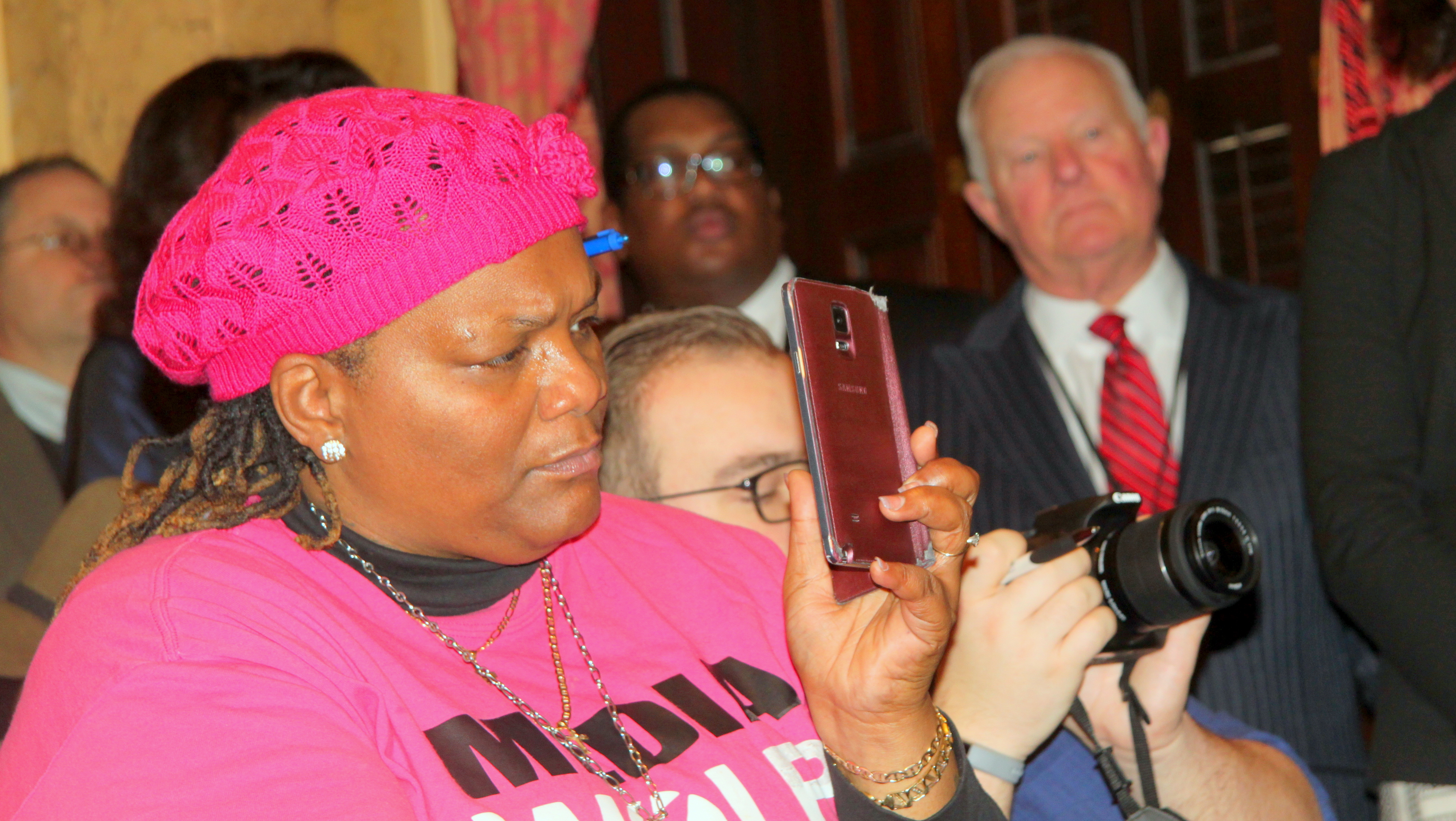 “It’s got to focus on the communities most impacted by the police violence,” he said. “It has to reflect the diversity of these community,” Grandpre said.

Activist Kim Trueheart, addressing the spending board, also added a note of caution.

“If this decree does not go far enough – and I’m a skeptic, an absolute skeptic – you’re not going to have a happy city,” Trueheart warned.

“What I’m looking for is whether there’s a lot of public participation,” said Douglas L. Colbert, University of Maryland Francis King Carey School of Law professor. “A lot of repairing of the damage done here over decades has to take place. So this is really just a first step.”

The five-member board, controlled by Mayor Pugh, approved the decree unanimously.

As expected, the consent decree addresses a number of issues highlighted by the DOJ’s investigation of the Baltimore Police Department, initiated after the unrest following the 2015 death in police custody of Freddie Gray.

It calls for changes in the way officers stop and search residents, including young people and people with mental disabilities. It specifies when officers can use force, how detainees are transported and how sexual assault reports are handled.

It emphasizes de-escalation when possible and calls for the department to adopt an approach to policing that is “community-oriented and based on problem-solving principles.”

The agreement also calls for improved record-keeping and technology upgrades to better quantify stop-and-frisk behavior, supervise officers and increase accountability in the handling of misconduct investigations.

A Role for Community?

Providing that the decree is approved by U.S. District Court Judge James K. Bredar, the decree moves forward and a number of other mechanisms are triggered.

A key element will be the appointment of a monitor, which the agreement specifies may cost the city as much as $1.5 million.

The decree also requires the creation of a Community Oversight Task Force, a process community members will be watching closely.

Also unclear going forward is the impact of the city’s current contract talks with the police union on the consent decree and Pugh’s intended reforms, including her call for citizens to be included on police trial boards.

In a release to the media today, the Fraternal Order of Police, Lodge 3, complained that the union was not included in the consent decree negotiations.

“Neither our rank-and-file members who will be most affected, nor our attorneys have had a chance to read the final product,” the statement said.

Davis said he will be discussing the consent decree with officers tomorrow and said the reforms will not hamper the department’s ability to protect the citizens.

“They’re not mutually exclusive,” he said, adding that as a result of the decree process “we will be better crime fighters and we will have greater, more respectful, more trustful relationships with the community.”