Thanks to a fire drill that flushed top officials out of City Hall, merchants who feel they are being unjustly driven from city-owned Cross Street Market by the private developer overhauling it had some unique access on Wednesday.

“This is wonderful. You were on my list to call!” said Anna Epsilantis, of Big Jim’s Deli, approaching James T. Smith Jr., chief of strategic alliances for Mayor Catherine Pugh.

Smith, Pugh and dozens of City Hall staffers and visitors were milling around outside the building awaiting permission to return inside.

“Arsh has a lot of money, but he doesn’t have the right to come in and treat people this way,” said Kevin O’Keeffe, an Otterbein resident supporting the merchants.

O’Keeffe was referring to Arsh Mirmiran, principal at Caves Valley Partners (CVP), which has told 17 merchants operating out of the three-block-long, cement-block building in South Baltimore they must clear out before May 1.

CVP’s lawyer has said the merchants will not be receiving any moving or relocation expenses to get them through the estimated minimum 10 months the market will be shuttered for renovation, according to John C. Murphy, attorney for the businesses.

Without financial assistance to help them pay for moving freezers and other big equipment to another location or into storage for months of inactivity, Murphy said, the process will bankrupt many businesses, some of which date back generations.

“They are really just pushing us out,” Epsilantis said.

“I’ll look into it,” Smith told them, trading business cards with Epsilantis, who gets emotional when asked about her chances of returning. 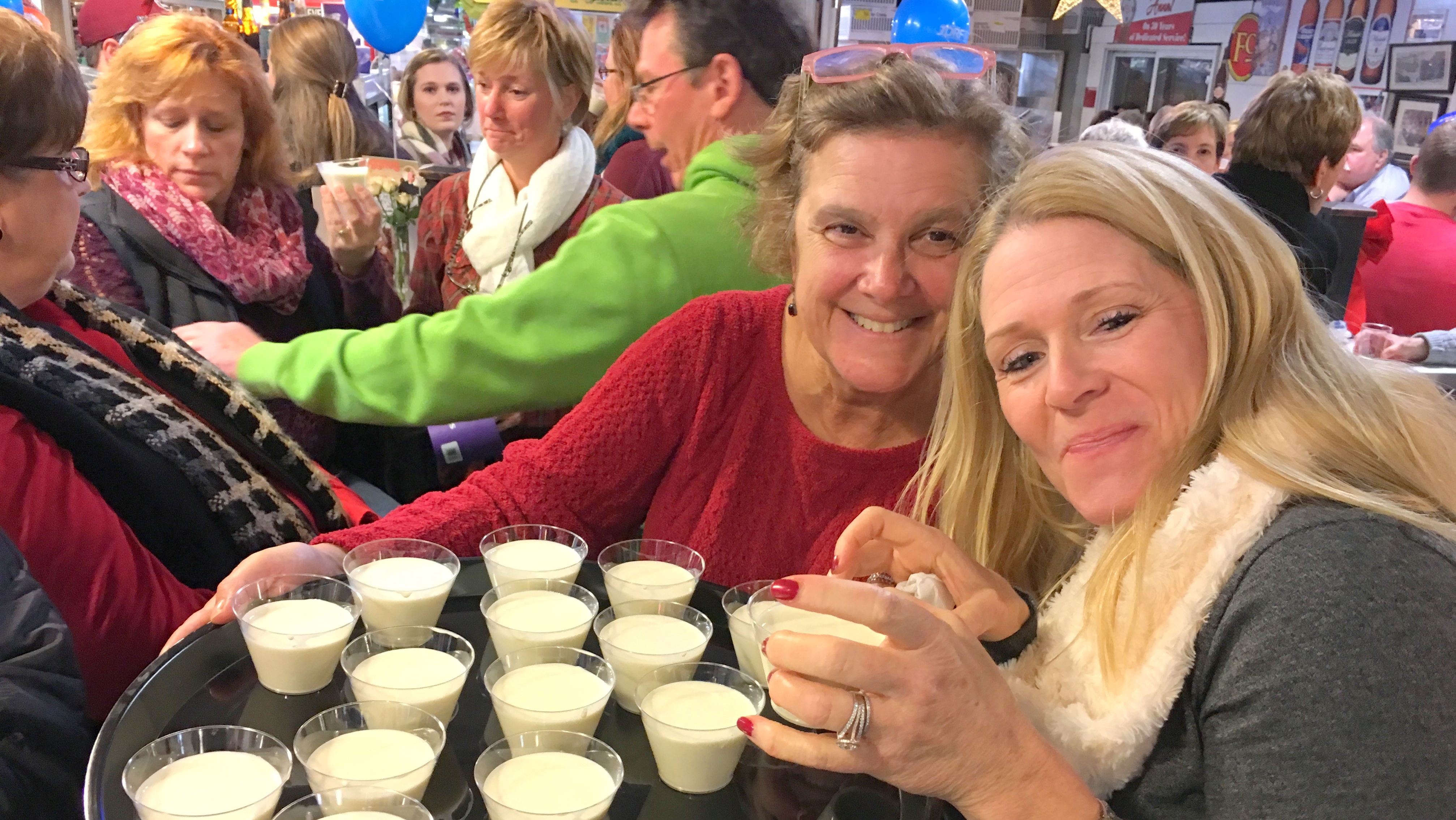 Eggnog served up recently by Anna Epsilantis, owner of Big Jim’s Deli, one of the Cross Street Market businesses told to vacate by May 1. (Fern Shen)

Like other merchants in the market, a Federal Hill fixture beloved by many but in need of a facelift, Epsilantis has received a letter of intent from CVP that includes the monthly lease she would have to pay after renovations are complete.

“It’s more than I can afford,” she said to a reporter, her eyes welling with tears. Non-disclosure language prevented her from revealing the lease amount.

But according to Steve’s Lunch owner John Nichols, who had not yet received his letter, other merchants have been told their rent would be double or triple what it is now.

Young: “I Don’t Have Any Control”

With the city contributing $2 million towards the $6.5 million renovation under a lease agreement announced in November, Murphy and his clients have been pressing local politicians for help.

So far, they’re not getting far.

City Council President Bernard C. “Jack” Young, approached by Epsilantis after the Wednesday Board of Estimates meeting, said there was little he could do.

“I don’t have any control over it. I’m not on the board” of directors for the Baltimore Public Markets Corp. (BPMC), Young said, referring to the entity that signed the lease.

(The market board’s chairman, Downtown Partnership President Kirby Fowler, has not returned a call from The Brew seeking comment.)

Pugh, approached by Murphy about the merchants’ plight during the spending board’s “pre-meeting,” told him, “I will look into it.” 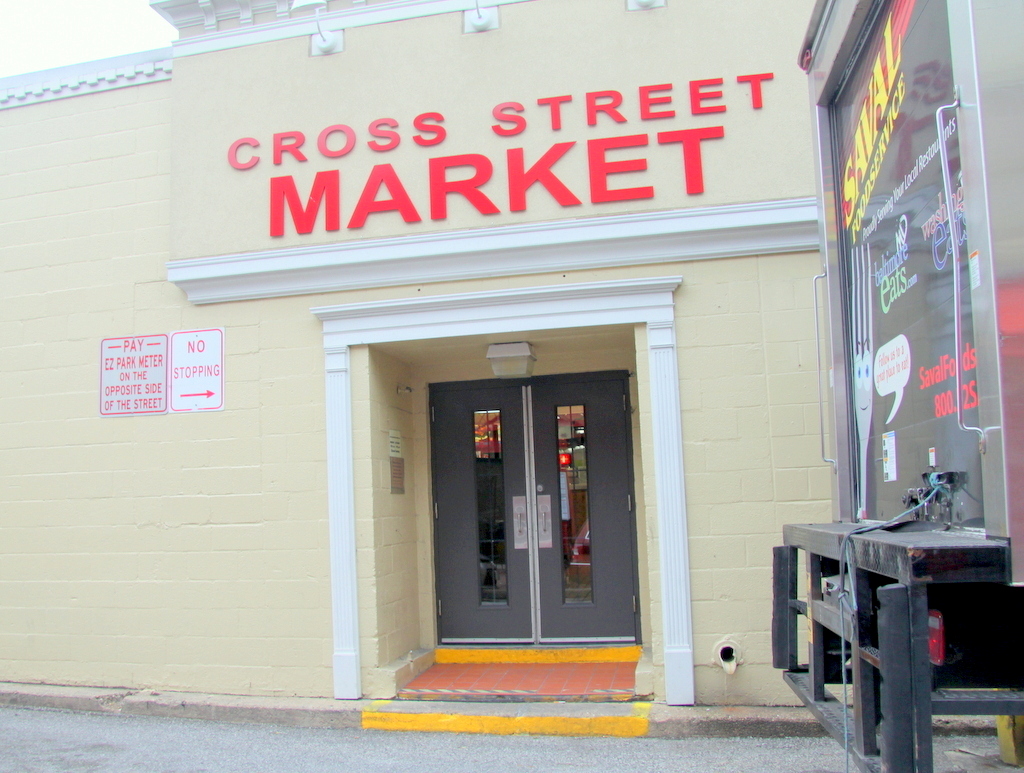 Area residents have discussed the need for a makeover for the market for years. (Fern Shen)

Responding to our recent query, Pugh’s spokesman had this reply on her behalf:

“I understand that the developer and Baltimore Public Market Corporation have been working collaboratively with the existing merchants and community to develop a plan for Cross Street market. Hopefully this dialogue will result in positive results for stakeholders while also realizing the full potential of market.”

Murphy said Pugh may be under a mistaken impression.

The agreement hammered out by her predecessor and approved by the Board of Estimates in November, he argues, requires little meaningful help from the developer.

“The reality is that the merchants got thrown under the bus by the carelessness of the prior administration which negotiated the deal,” Murphy said.

Developer: Positive Outcomes for All

Mirmiran has responded vigorously to his critics in public meetings and recently on the Internet, with a new website featuring renderings of the finished market and point-by-point rebuttals.

He was referring to a Baltimore Business Journal poll that suggested the Cross Street renovation might exacerbate the problem some see with too many bars in Federal Hill.

Asked repeatedly by the The Brew to comment on the matter, Mirmiran has declined, pointing a reporter to his Cross Street Market website.

“CVP and its team will offer the group assistance in their efforts and the hope is to take the passion of the surrounding communities for the current merchants and channel it to achieve positive outcomes for all concerned,” the text reads.

The site says CVP could assist current merchants in finding temporary space near the market and notes that “relocation and build-out expenses in this scenario would be paid for by the new landlords.”

Under a second scenario in which the merchants are offered space far from their customer base at the Lexington or Hollins markets, the language is unclear. This “could have resulted” in the Markets Corp. paying relocation expenses, it says.

A third scenario says that CVP “offered to finance” the shutdown period, referring apparently to a loan to be repaid upon returning.

Murphy called these offers vague. None signifies a firm dollar commitment on the part of CVP.

Murphy estimates that fair moving and relocation expenses, required under state law, would be more like $50,000-$60,000.

One of the merchants being told to leave Cross Street – Kwan’s Fresh Produce – was previously at the Belair Market and was paid $25,000 by the city to move, when that market was closed in 1995, he said.

No Fee Increase for CVP

Murphy may not have made much headway with Pugh Administration officials, but he seems to have raised the eyebrows of Comptroller Joan Pratt, who sits on the Board of Estimates with the mayor and City Council president.

Murphy has pointed out to Pratt some unusual features of the pact the board approved in November.

But the summary of the agreement presented to the board makes no mention of the fact that it allows the developer to renew monthly lease payments at $10,000 for the next half-century.

Real estate leases for residential and commercial property typically include increases based on the Consumer Price Index.

“If it had been formally approved, the city Real Estate Department would have presumably picked up this glaring deficiency,” said Murphy, who has asked the board to reconsider its November 9 approval.

Pratt, asked this week about the provision, was clearly concerned about it.

“It doesn’t make sense that for 50 years, it doesn’t increase,” she said. “We’re looking into it.” 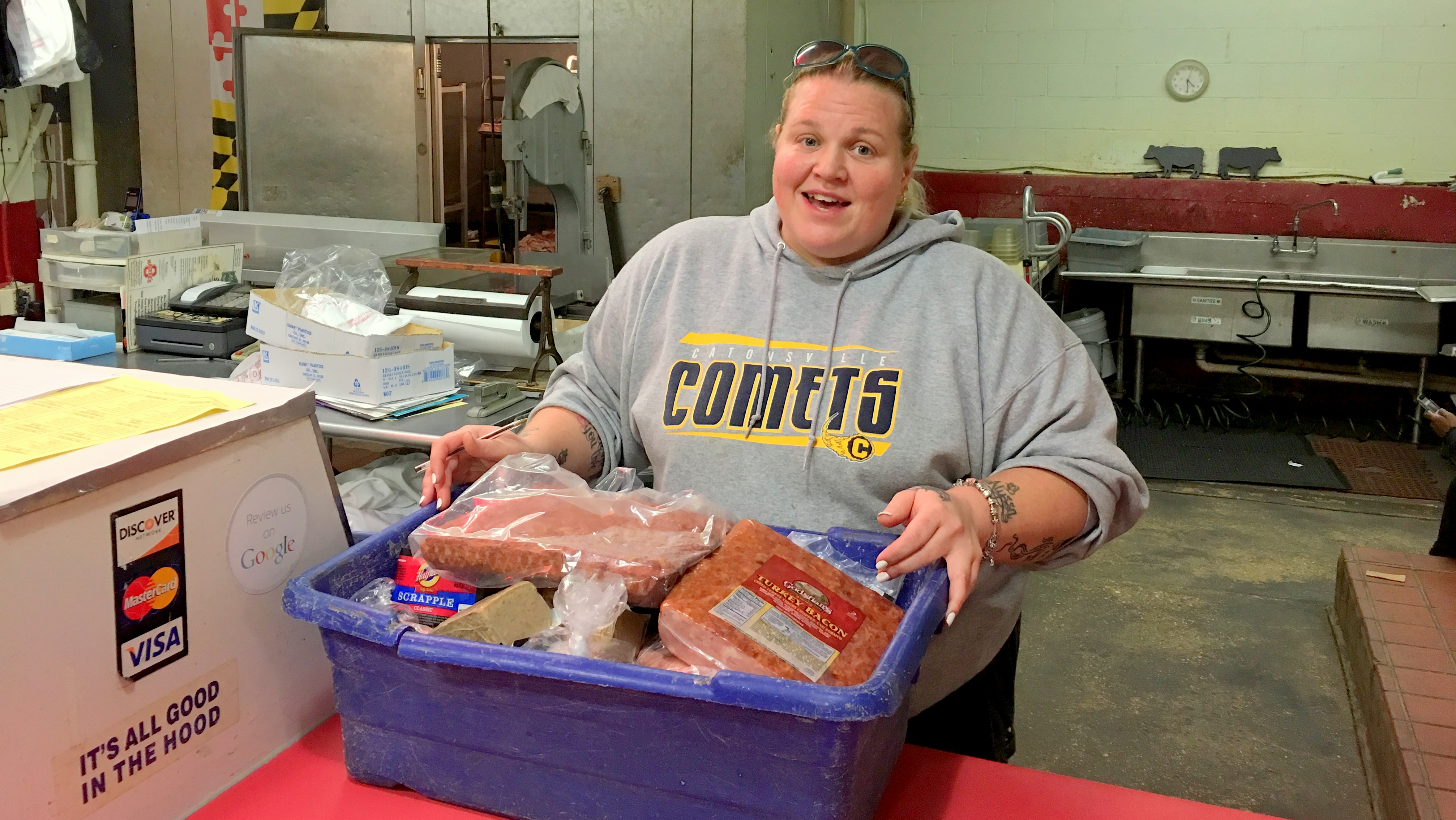