At a rally to be held tonight before hundreds of parents, teachers and other advocates, city school leaders will be preaching to the choir as they call for state and city help to close an historic $130 million funding gap for Baltimore Public Schools.

“What concerns me most was this emphasis on laying off 1,000 teachers,” Schleifer said during a hearing of the Budget and Appropriations Committee, grilling Santelises about the size of the central office budget.

“I’d rather see the cuts come from something other than the classroom,” Schleifer said. 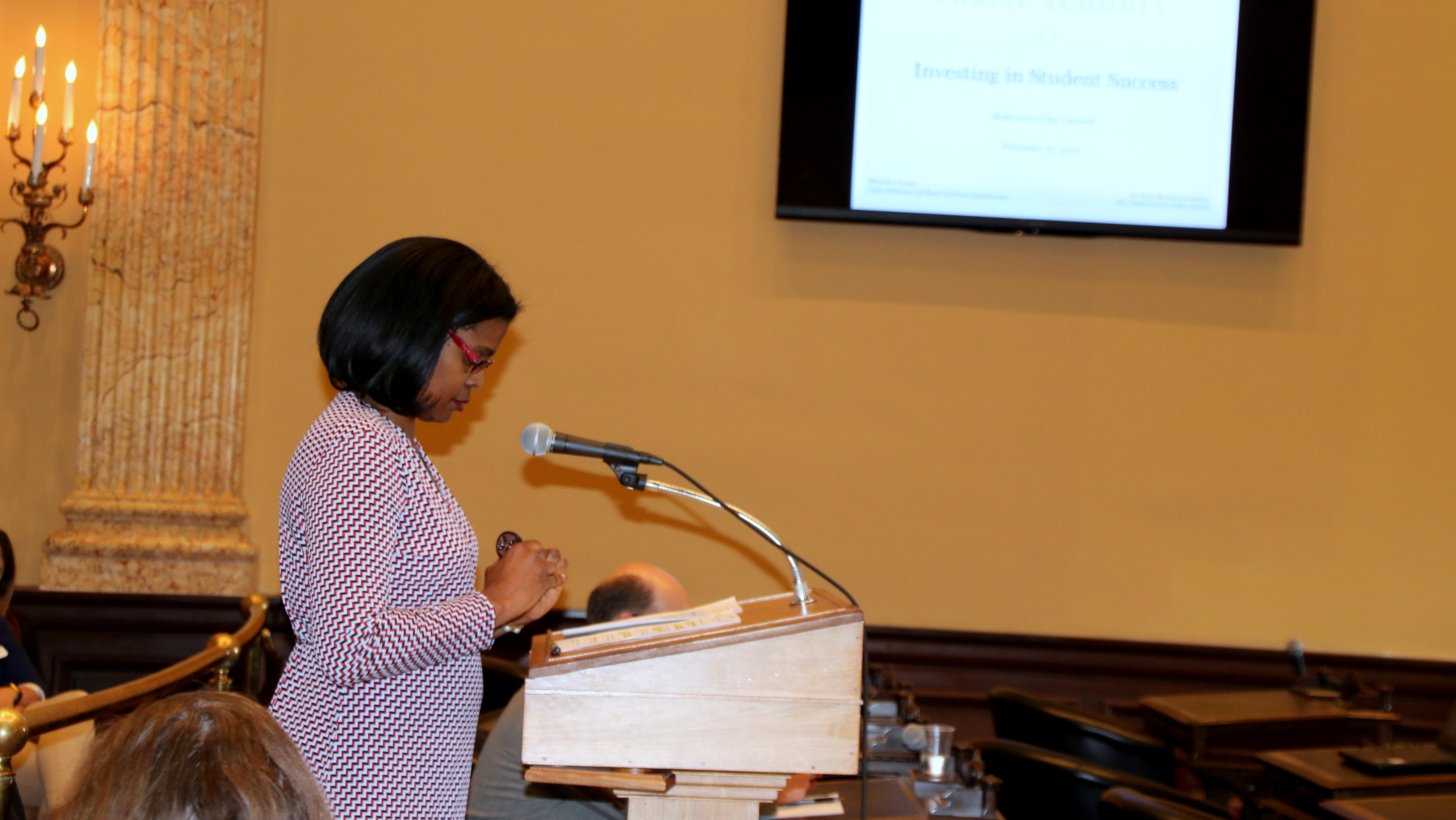 Santelises told the 5th District councilman he was misreading a chart comparing Baltimore’s central office to those of other cities’ school systems.

After reductions already made in that category over four years, Baltimore spends $864 per pupil on central office costs, which Santelises said is “25% below the average for comparable cities.”

“Is our central office bloated? You’ve heard a lot of press allegations that we’re bloated and it’s just not the case,” she said. “People want to find simple solutions.”

After years of protecting classrooms with other staff-reduction strategies, massive layoffs of teachers will be unavoidable given inadequate and declining state aid, Santelises told him.

She said annual audits by CliftonLarsenAllen found “no material weaknesses” in the management of the City Schools $1.2 billion budget.

“It’s not an issue with mismanagement,”  Santelises asserted.

School advocates are asking for an increase in city as well as state assistance for the schools.

Santelises, named to head the system last spring, reviewed its financial troubles for Chairman Eric T. Costello and the rest of the budget committee yesterday.

Among the bullet-points in her “How We Got Here” presentation: Flat or declining state aid, a funding formula that penalizes public schools for rising city property wealth and students with greater needs than their peers in other cities.

More than 19% of school students come from families living in “extreme poverty,” said Santelises. “That means $8,000 a year for a family of four.” 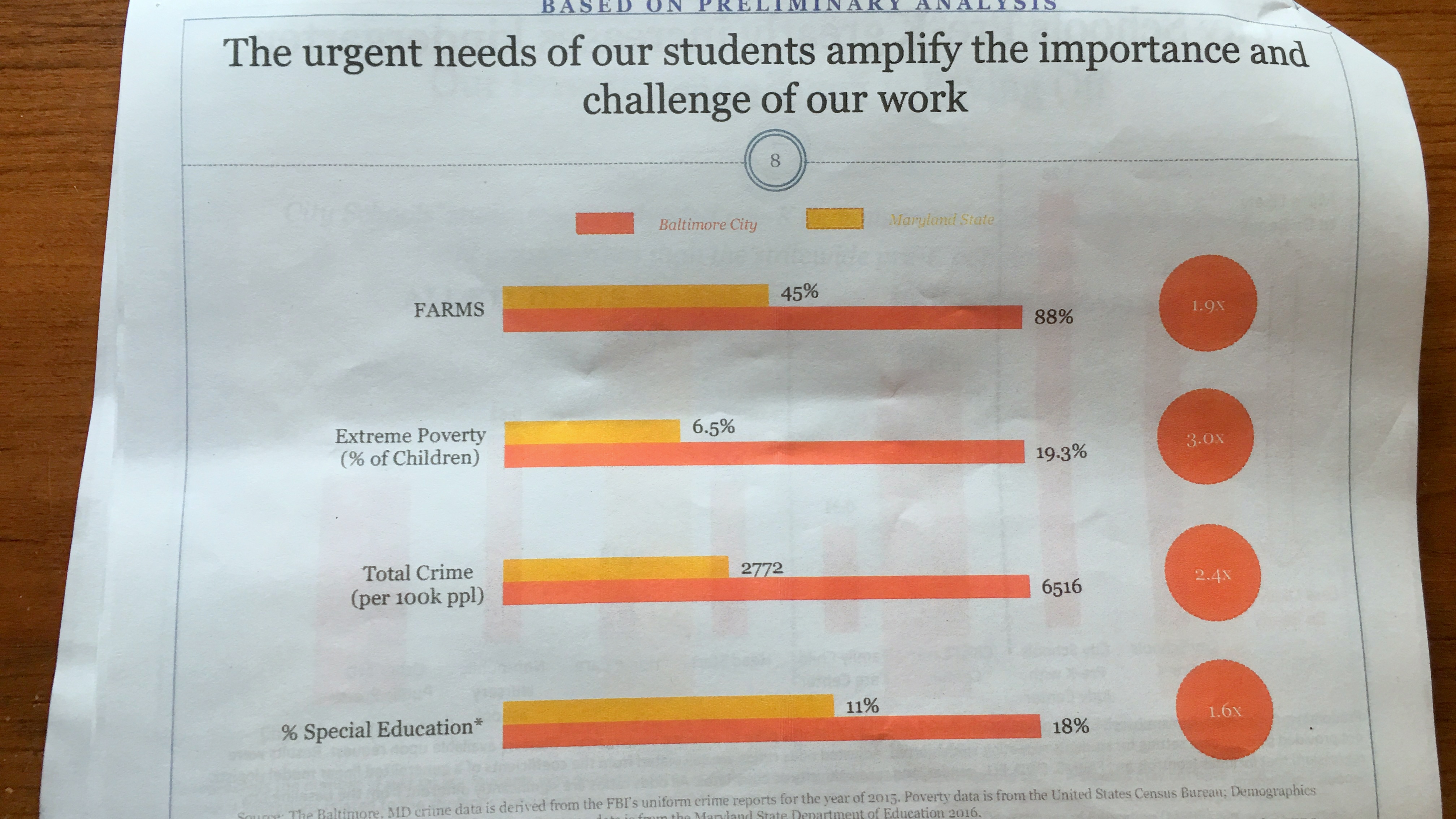 She also cited city schools’ declining enrollment, acknowledging the district’s need to improve the schools in order to boost enrollment. “We need to own that problem,” she said.

Council President Young seemed intent on seeing that they do.

“What are we doing to attract people to our school system?” he asked her. “How can we make all our schools good. . . so we don’t have people calling us saying, ‘I’m trying to get my my kid into Roland Park’” Elementary School?

In part, the answer is continuing to market schools the public doesn’t realize are good through groups like the Downtown Baltimore Family Alliance and Live Baltimore, Santelises said.

The other approach is to restore funding to ensure that programs that attract families, such as music, phys ed and science, aren’t cut.