Smoking a cigarette, “Drew” paced near the curb. Gene Nelson folded shirts and sweaters and placed them neatly in a small sticker-covered suitcase.

A distraught James Johnson, whose tent area had been raked and orderly just days before, now surveyed a chaotic landscape of bulging black trash bags containing his worldly possessions scattered on the ground.

“It could be the best thing that’s ever happened to me – they’re going to help me get back in an apartment,” said Nelson, 48, who was evicted from his place in Morrell Park after he couldn’t come up with $360 he owed for rent.

That was the scene this morning at the homeless encampment on Martin Luther King Jr. Boulevard, next to the Route 40 exit ramp, being cleared of six tents and their nine inhabitants by Baltimore city officials.

Under the supervision of Chris Rafferty, deputy director for homeless services, residents bagged their possessions. Some of the items will go with the displaced people to the hotel where the city is moving them temporarily. The rest will be carted off to storage. 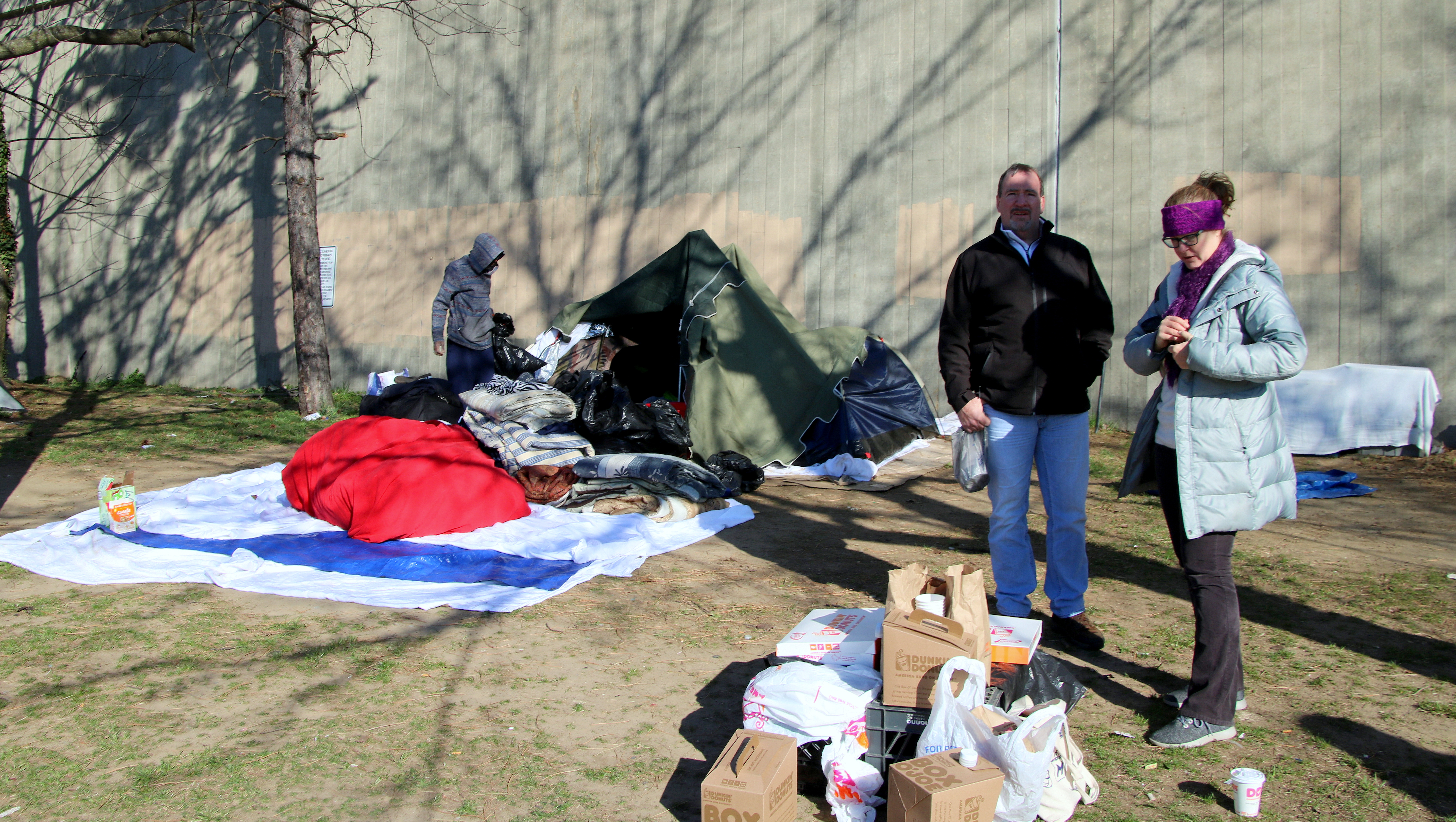 Police officers stood to the side, waiting for the process to unfold.

Citing health and safety issues, officials told homeless advocates they would clear, clean and permanently fence off the spot, as the city did with an earlier homeless persons’ encampment nearby and others in downtown Baltimore.

“Sometimes these things go well and people are housed and sometimes they go really badly,” said longtime advocate for the homeless Adam Schneider, an instructor at the University of Maryland School of Social Work.

“Sometimes people end up much worse than they were in the camp,” he said. “They end up just going elsewhere in the city to sleep.”

“Nothing Positive to Say”

Schneider and Carolyn P. Johnson, of the Homeless Persons Representation Project, had come with coffee and donuts and said they were there to observe and ensure that people’s possessions were cared for properly.

“I have nothing positive to say about the clearing of encampments,” said Johnson, who is representing some of the people being evicted.

Johnson said city officials have told them they will find “permanent housing” for the displaced people and that the individuals will be getting Section 8 housing vouchers.

“I definitely plan to hold the city to its commitment to keep them in the hotel until they find permanent housing for them,” she said. 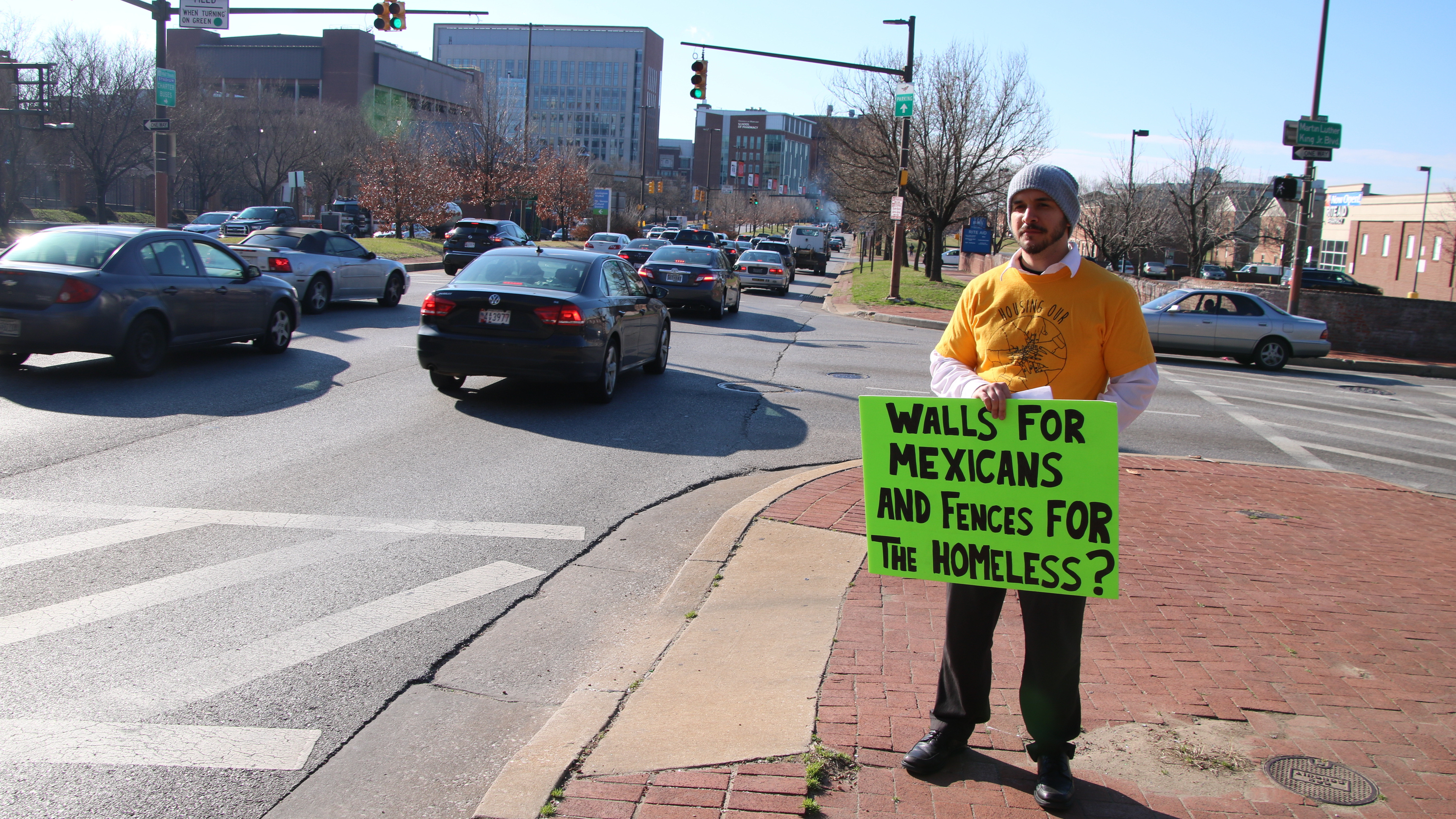 In a letter members hand-delivered yesterday, the advocacy group Housing Our Neighbors (HON) had called on Mayor Catherine Pugh to halt the camp clearing to allow outreach workers to use a “housing first approach to instead assist the individuals and families.”

One said “Walls for Mexicans and fences for the homeless?” and the other had more of a local political reference: “New Mayor, same problem #HomesNotFences.”

“Anyone with any common sense would realize fences do not solve the problem,” Alksnis said. “I’ve heard they spent $30,000 on the other fence. All this tax money could go toward affordable housing and rehabbing vacant houses.” 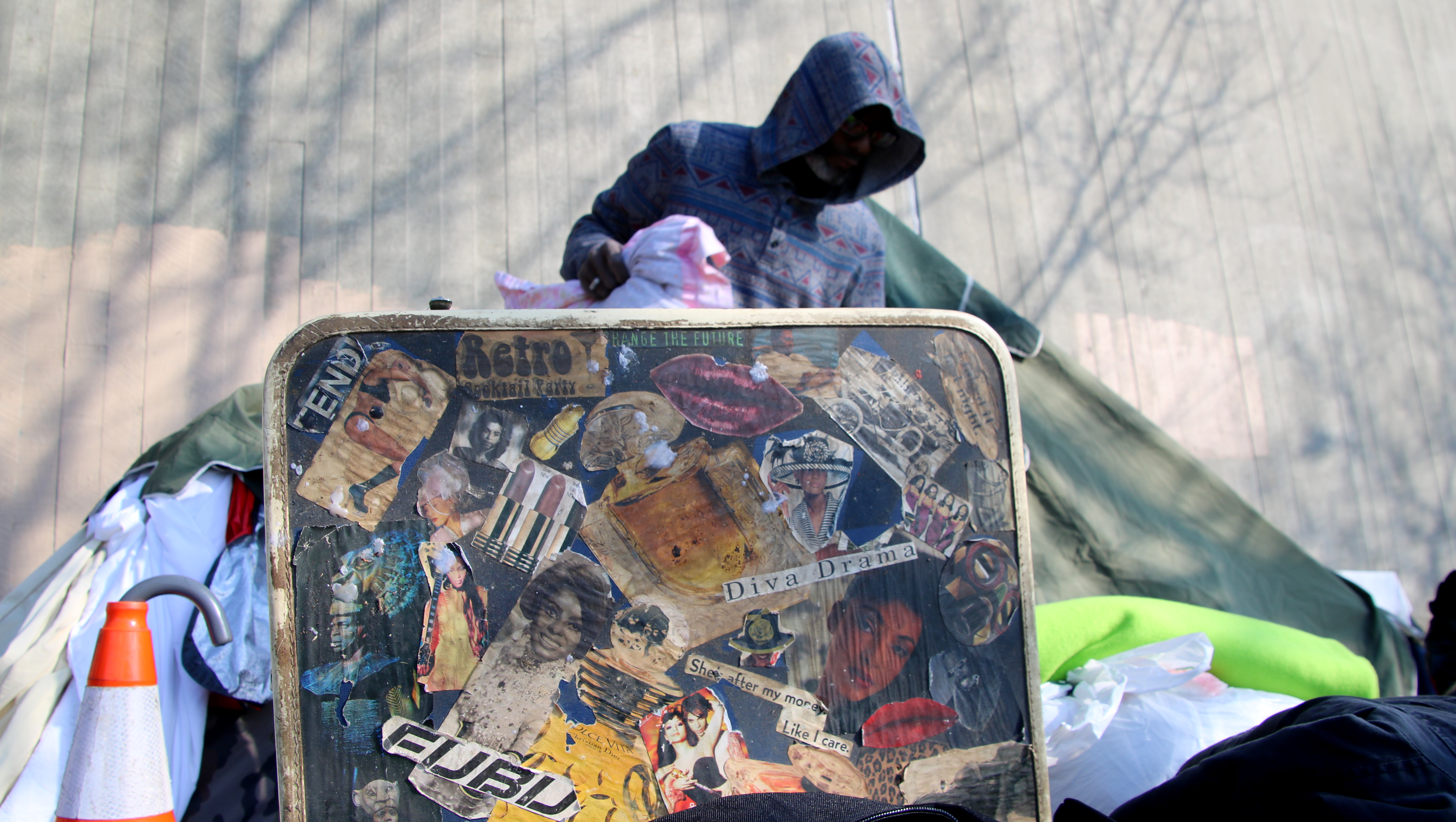 Gene Norton packs his belongings as the city prepares to raze the tent encampment where he has been living on Baltimore’s west side. (Fern Shen)