A new front has broken out in the battle over bicycle infrastructure in Baltimore.

Just as the Pugh administration declares it won’t back down from a plan to redesign a protected bike lane in Canton – and her top aide privately blames the Rawlings-Blake administration for the program’s flawed roll-out – the Roland Park Civic League has called on the city to remove the cycle track on Roland Avenue.

The mile-long cycle track was part of the $6.7 million Roland Avenue Traffic Calming Project, a DOT effort that necessitated a major curb reconstruction in 2015 and boasted cost overruns of 72%.

To install the cycle track, curbside parking was replaced by two four-foot-wide lanes whose location roiled many in the community.

With stationary cars serving as a buffer between the bike lane and and moving traffic, the project was hailed by the city as state-of-the-art infrastructure that would make cyclists safer and encourage more people to ride bikes.

But, responding to complaints, the Civic League conducted its own review, concluding that the new alignment makes cyclists less safe in part because the track is too narrow. (Federal guidelines call for an eight-foot-minimum width.)

The League’s Cycle Track Committee reported that five cars parked in the buffer zone have been “totaled” in accidents and that “many more have been sideswiped and unknown but very large number of side mirrors damaged.”

What’s more, conflicts between cyclists and turning cars (whose sightlines are often obscured by the parked cars) have resulted in five crashes, none causing serious injury.

“Ongoing highly dangerous safety problems” exist between bikers and pedestrians on the 5100 block of Roland Avenue, where Eddie’s Market and the public library are located, and on the 4700 block, where preschool classes are held at St. David’s Church, the study said.

The committee also reports that many cyclists avoid the leaf-strewn cycle lane and instead pedal amid the moving traffic. 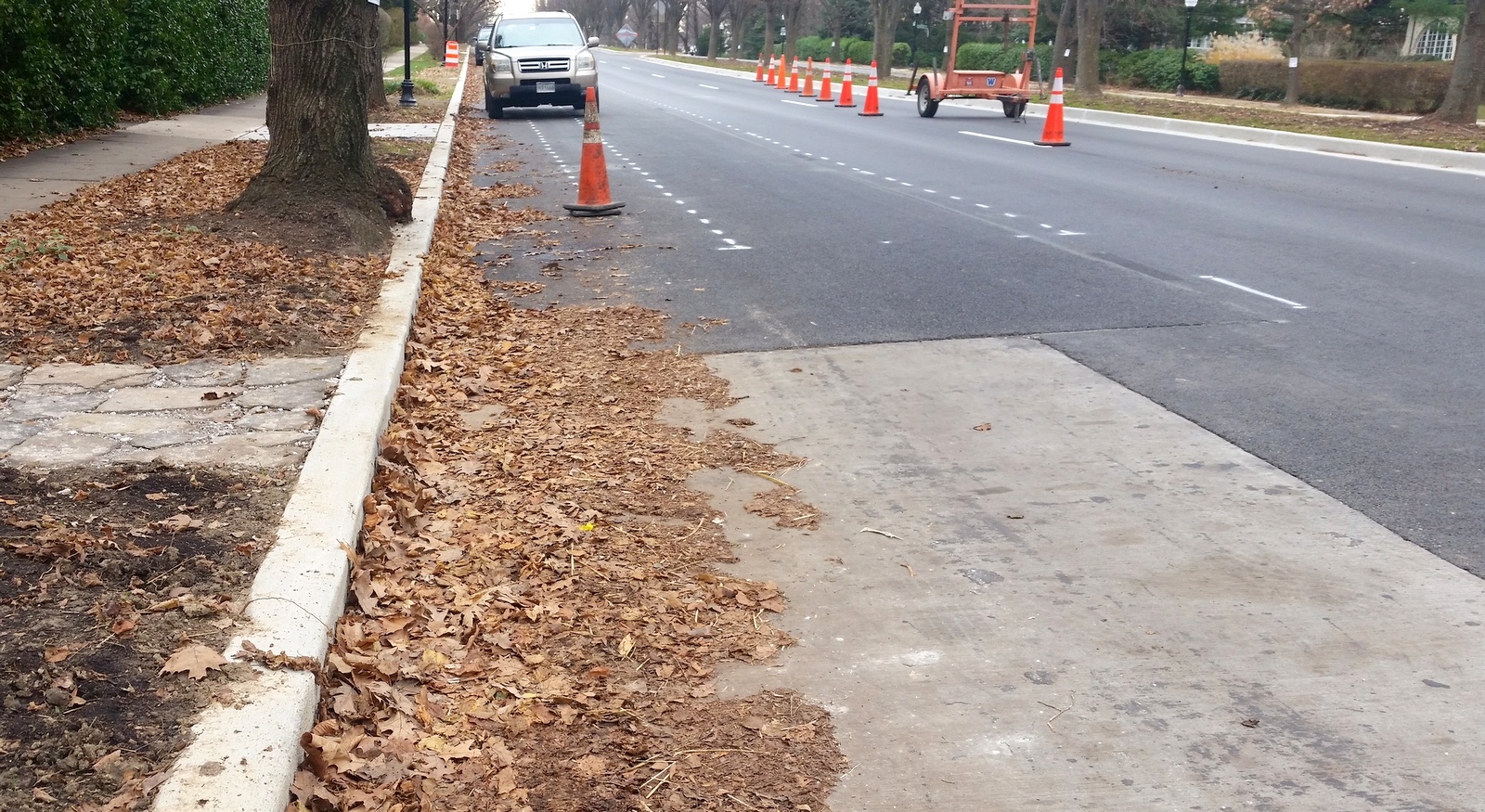 At the conclusion of its review, according to the letter to the city from the League’s president, Robert H. “Hap” Cooper III, the Cycle Track Committee submitted the following recommendation:

Either restore curbside parking with a wider, safer bike lane and slower traffic, or partner with the community to create a complete street that works for everyone.

“After discussion at the Civic League’s Annual Meeting last month, the membership in attendance voted 55-31 to adopt an alternate position statement,” Cooper said in the letter:

Restore curb side parking immediately and completely on Roland Avenue and continue the work of the committee to achieve the other objectives (included in the year-end report).

Asked to comment on the Civic League’s action, a spokesman for the advocacy group Bikemore said it has long advocated for reducing Roland Avenue to one car travel lane in each direction.

“Weeks said Bikemore is “disappointed” that the voting body failed to adopt the conclusion of its committee and chose not to adopt stronger language that would have maintained a parking protected bike lane and eliminating a car travel lane as an option.”

A History of Cost Overruns

Prior to the installation of the track, Roland Avenue had a traditional bike lane running between moving traffic and parked vehicles. That pattern remains on the roadway south of Cold Spring Lane and between Northern Parkway and Lake Avenue. 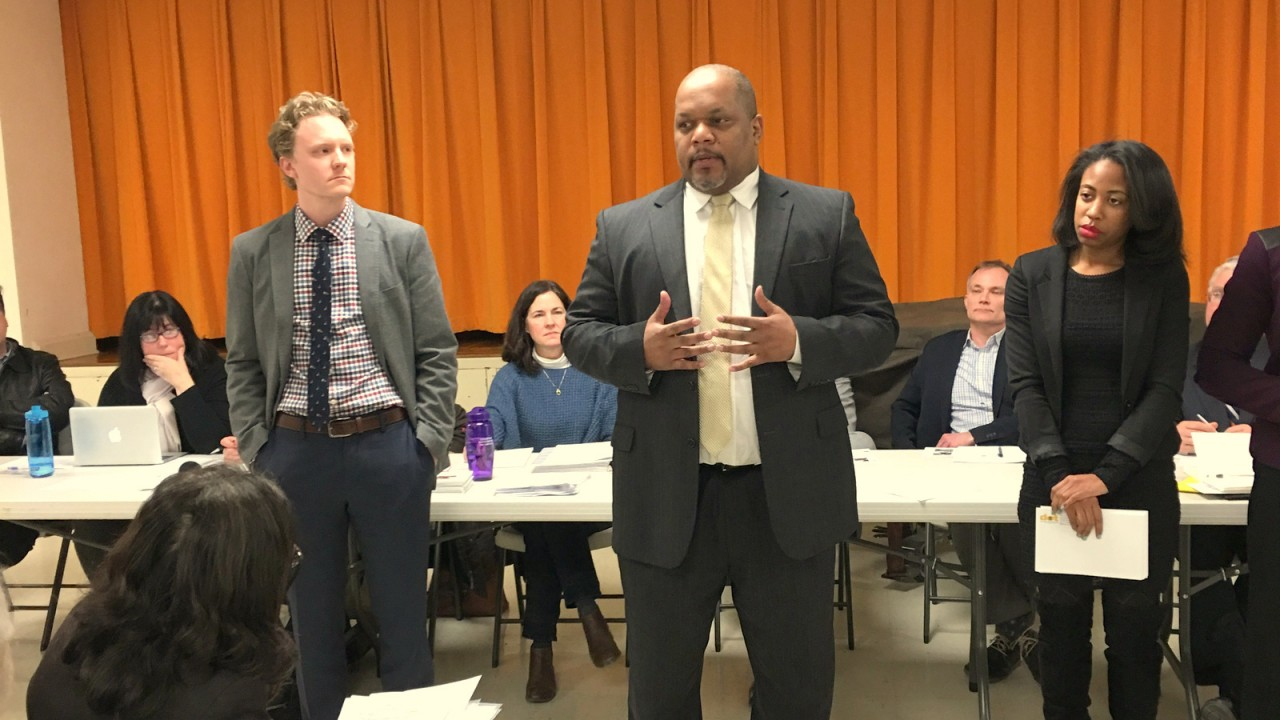 Then-DOT director William Johnson addresses the Roland Park Civic League in March 2016 after the launch of the cycle track. At his side is deputy traffic chief Graham Young and, at right, community liaison Kohl Fallin. (Brew file photo)

Adding to the confusion over the future of the city’s bike-lane program are public and private statements coming out of City Hall.

Yesterday Mayor Catherine Pugh said her concern about bike lanes was limited to the Potomac Street track in Canton and the administration’s discovery that the roadway failed to meet the 20-foot-clearance standard of the fire code.

Her spokesman, Anthony McCarthy, said the mayor’s position does not indicate sagging city government support for cycling improvements. “You go into almost any neighborhood and you see these bikes and lanes popping up. We’re moving forward.”

He said criticism by Bikemore is flat-out wrong. (Bikemore says that the Downtown Bike Network has been halted and sections of the Maryland Avenue-Cathedral Street track may be reevaluated.)

“We look forward to holding the mayor accountable to this claim, particularly in respect to the miles of reverse angle parking that have been installed during the same time period as the Potomac Street planning process that fail the 20-feet-clear standard and the many major development projects underway in the city that have planned streets under 20-feet clear.

“The decision to weigh international code above local street context flies in the face of best practices of safety, public health and economic development.”

Smith: “Regret the Launch of Program”

Behind the scenes,  meanwhile, Jim Smith has been critical of the program’s implementation.

In a private email responding to concerns expressed by a bike rider last week, Smith blamed the Rawlings-Blake administration and DOT’s consultants for mishandling the matter in Canton.

“We only became aware of the Potomac St. issue when it was in crisis as it was initiated under the prior administration. I would have expected that the City’s consultant would have raised the conflict before finalizing his design recommendations, but that did not happen,” Smith wrote.

“We will now have to balance traffic safety & the fire safety responsibilities in our neighborhoods to reach a result that supports our intention of being a multi-modal city that also protects people in their homes & businesses,” he added.

“We regret the launch of our bike lane program,” Smith concluded. “We will work to get it right for the people of Baltimore.” 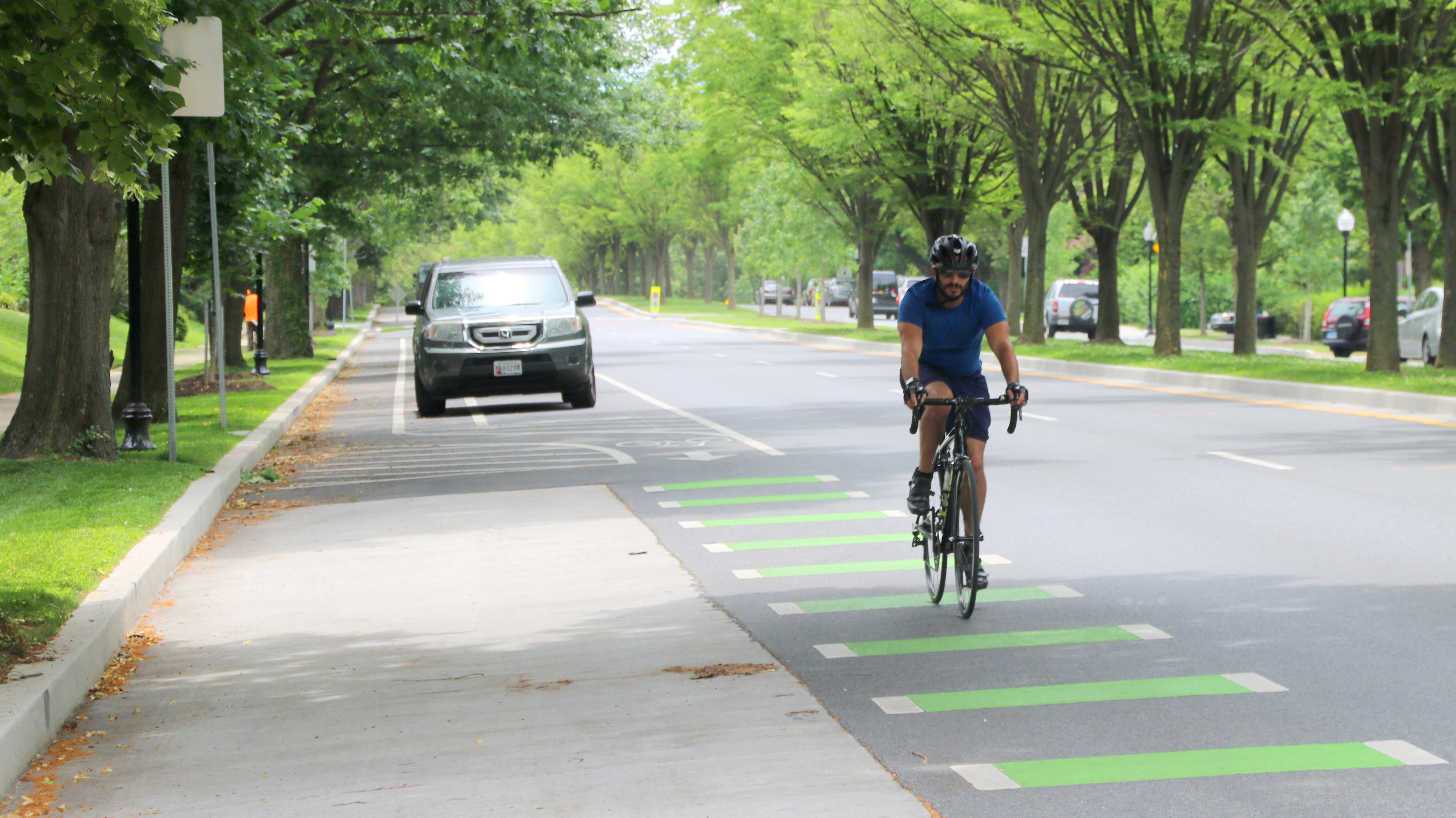