Sloppy record-keeping has plagued Baltimore’s Department of Finance since 2010, resulting in more than $125 million in revenues and other assets posted on city’s books that, in fact, don’t exist.

Among the phantom revenues were $65 million in “uncollectable” fees and grants from other governments, $9.5 million of “unearned” revenue, and $55.5 million of “unavailable” revenue, according to an audit of fiscal year 2015 by City Auditor Robert L. McCarty Jr. and KPMG.

The funds were taken off the books when brought to the department’s attention.

Responding to the audit, portions of which were read at today’s meeting of the Board of Estimates, Henry Raymond, director of finance, blamed obsolete computer equipment and reliance on manual data entry for the array of “material weaknesses” described in the report, which covered fiscal year 2015.

“Hopefully, the [negative] findings will not be as significant in the future because we will be looking at what we can do to strengthen the present manual process while we are planning for the [computer] upgrade,” he told the board.

After Raymond informed the panel that the upgrades would not begin to be installed “until the third quarter of fiscal 2018,” or January 2019, Mayor Catherine Pugh spoke up.

“That’s a problem,” Pugh continued, looking down from the dais. “It’s one we really need to pay very close attention to because, as I’ve said before, I’m not going to sit here and defend agencies that aren’t taking corrective actions.”

Turning to Comptroller Joan Pratt, the mayor said, “I think you’ve said this has been going on since fiscal 2010. And the folks we’re talking to have been here since two-thousand. . .”

“2008,” Raymond replied. (Appointed chief of revenue collections in 2008, Raymond became finance director in 2014 after the short reign of Harry Black.) 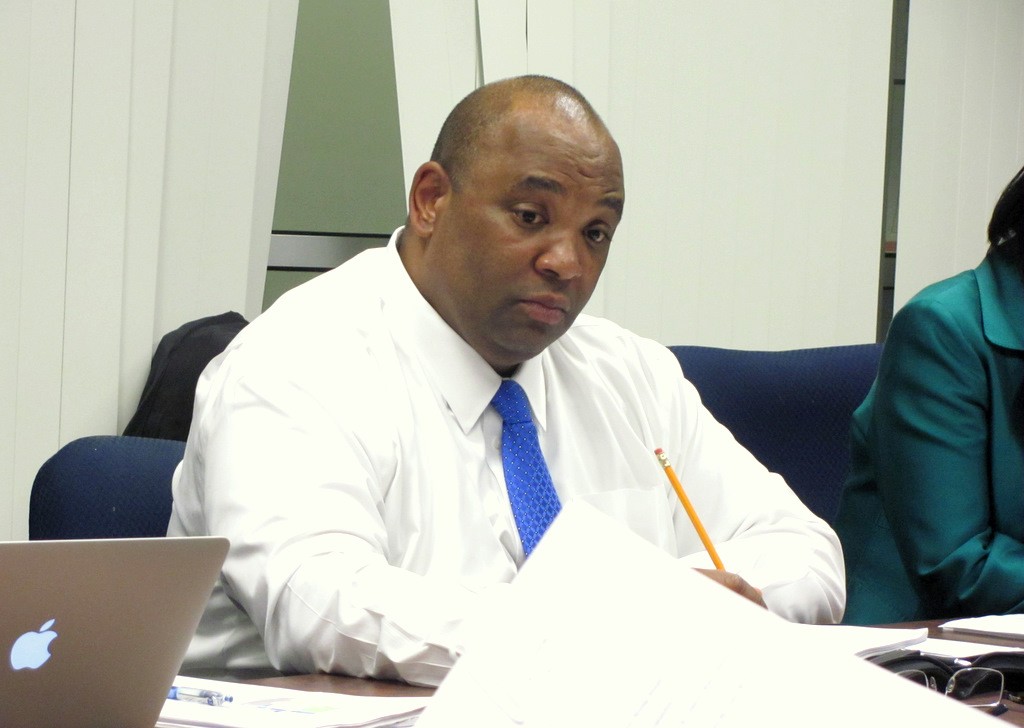 The audit, known as the City of Baltimore Single Audit, is a broad overview of government accounts and did not delve into specific agency finances. As is the case with agency audits that were mandated by city voters, the Single Audit is two years behind the city’s real-time spending (fiscal year 2017 will end next week).

• Lack of control over financial statement preparation. “During fiscal year 2015, we noticed several matters that highlighted the need for internal control,” McCarty said, including transactions for grant funds, journal entries, grants payable and pensions. “We noticed several instances where supervisory reviews were not performed at a level that would detect and correct material misstatements.”

• Financial information sought by the auditors “was difficult to obtain and did not always agree to related financial statement balances without material adjustments,” he said.

• Misstatements in the water and sewer utility fund, resulting in the under-reporting of $2.5 million in expenses, and $99,000 in the stormwater utility fund.

• Lack of review and controls of capitalized assets, which underreported motor vehicle expenses by $2.9 million.

• The misallocation of about $100 million in pension liabilities for “blue-collar” workers at City Schools. Cafeteria workers, school custodians and office workers pay into the city’s pension system, but City Schools are responsible for covering any shortfalls in their retirement pay, according to McCarty and Raymond. City Schools disputes the city’s position. The issue remained unresolved at today’s Board of Estimates meeting.

“We recommend that the city continue its clean-up efforts to remove aged grants from its general ledger and improve the level of precision of the review of coding new grants in the general ledger during the set-up process.” McCarty concluded.

A Pledge to do Better

Raymond pledged that the Department of Finance would work more closely with agencies to monitor grant awards. Recent changes to the city’s administrative manual will improve accountability for federal and other grants.

He said he has established a grants management unit that has already closed out 1,500-1,600 inactive grant accounts.

Comptroller Pratt called on Raymond to report back to the board in January “on exactly where you are” regarding the lack of controls revealed in the audit and the implementation of new technology.