Last month Councilman Brandon Scott ended a committee hearing abruptly and with evident frustration after saying the Pugh Administration did not appear to have a comprehensive crime plan.

Yesterday the 2nd District representative released his own plan, a 37-page document titled “Live To Be More.”

“‘Live To Be More’ recognizes gun violence as a disease and treats it through a public health lens,” he said in a statement introducing his plan. 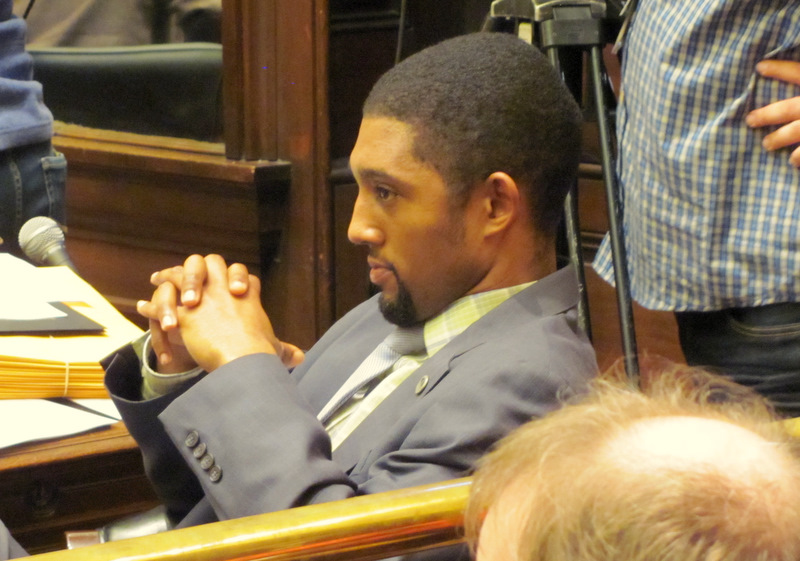 But Scott, chair of the Public Safety Committee who rises at each Council meeting to announce the number of  homicides since the body last met, advocates some immediate actions “that can be taken to save lives in Baltimore.”

• Adopt a new Police Department patrol shift schedule by negotiating the current shift schedule out of the union contract immediately. (The Pugh administration says it is trying to just this – reach an agreement with the Fraternal Order of Police to revise the shift schedule, which was changed from five 8-hour shifts to four 10-hour shifts in the 2014 contract.)

• Adopt a recruitment and hiring plan to fill all open positions at the Police Department.

• Re-institute Baltimore Gun Stat, which tracks gun arrests and seizures, monitors the time it takes to analyze guns used in crimes, and provides other data.

• Expand the Safe Streets program. which aims to curb violence through mediation.

Scott begins with by-now familiar statistics on what is projected to be another record year for murders, with more than 200 people killed so far in 2017.

Scott’s announcement came out on the same day that the prominent clergy and community group BUILD (Baltimoreans United in Leadership Development) held an event that was critical of the mayor for not addressing the homicide crisis with a comprehensive plan.

“Has anyone seen the plan?” Rev. Marshall Prentice said at the BUILD rally held in Northeast’s Darley Park. “Madam Mayor, show us the plan!”

Crime has been dominating Baltimore’s civic and political discourse for months.

On Tuesday, Mayor Catherine Pugh braved torrential rainstorms to appear at National Night Out events held across the city, aimed at improving relations between police and the community. 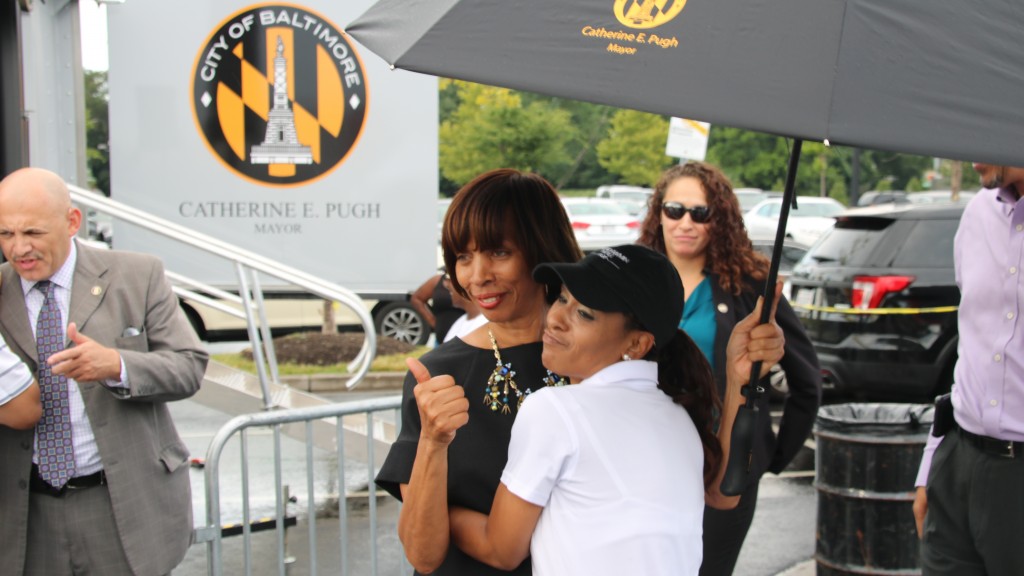 Mayor Catherine Pugh with a participant at Tuesday’s National Night Out at Mondawmin Mall. (Louis Krauss)