With Baltimore’s still out-of-compliance sewage system, residents know that the right image after a heavy rain is not “a swimmable harbor.”

It’s more like “a massive toilet bowl” as untreated sewage mixed with rainwater directly flows into local waterways and the harbor.

Following the rains that began last Saturday, more than 10 million gallons of this smelly swill overflowed across Baltimore as of last night, according to the Department of Public Works.

Saying that these numbers are preliminary and likely to climb higher, the agency said the overflow came from 49 different sources:

But as The Brew has shown, the official overflow totals from DPW are only a fraction of the actual sewage water that flows across the city after heavy rains.

Today’s totals do not include the sewage cocktails – a potent mix of waste water and runoff rain water – that burble up from manhole covers on city streets.

These overflow pipes, which violate the federal Clean Water Act, dump sewage directly into waterways, including the Jones Falls and Gwynns Falls. Some of the overflow pipes are above ground, others are below ground.

What the totals do not include, DPW officials confirmed last month, is the sewage cocktails – a potent mix of waste water and runoff rain water – that burble up from manhole covers on city streets.

This past week some manhole covers and storm drains have had geysers of feces-tainted water shooting out of them. 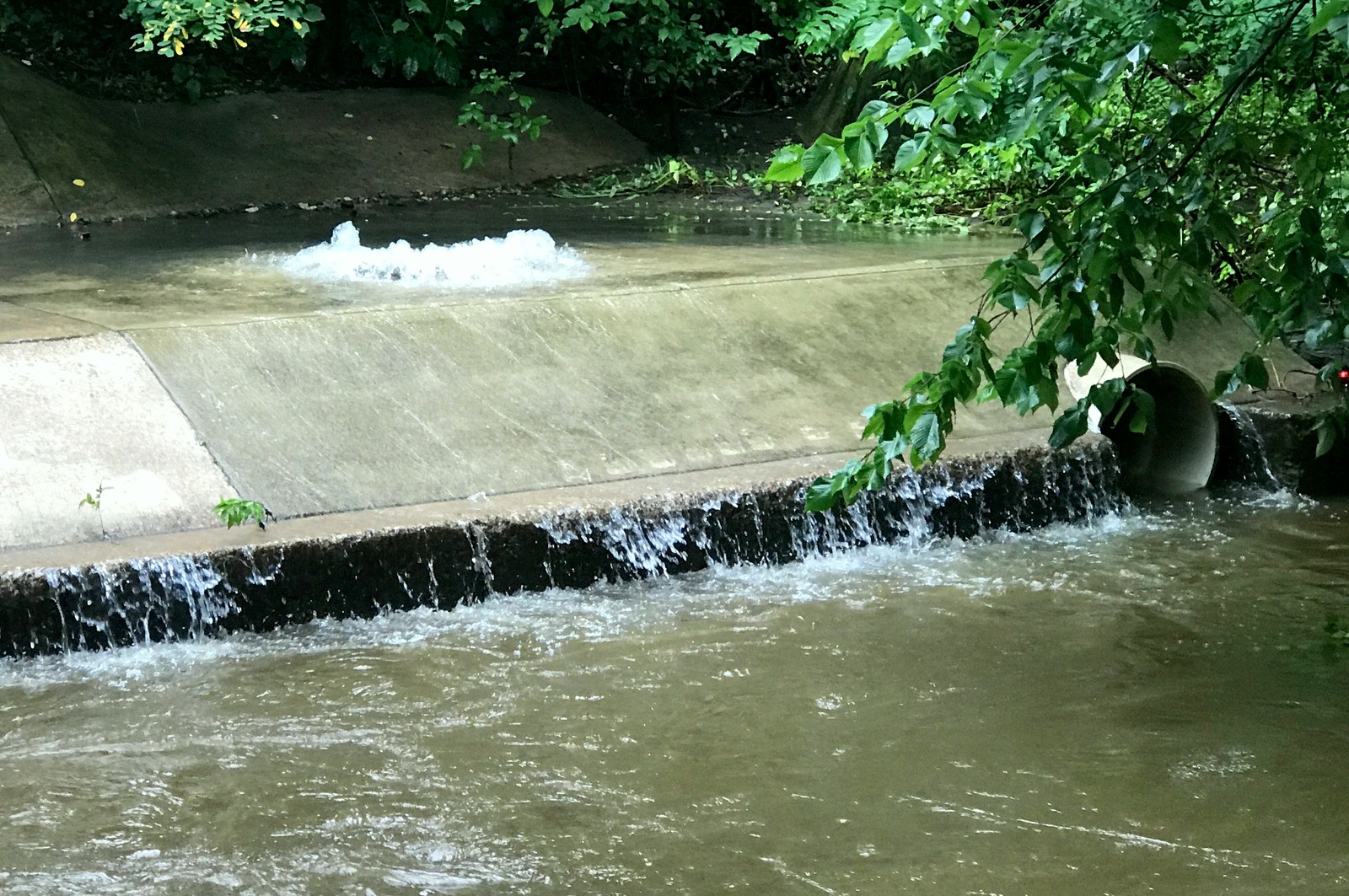 Aging and overwhelmed city sewer pipes weren’t the only source of fecal contamination during the recent rainstorms.

On Tuesday at 11 a.m., the Patapsco Wastewater Treatment Plant had intermittent overflows, sending an estimated 250,000 gallons of sewage water overflowing into the Outer Harbor, DPW said.

• A manhole stack on the 300 block of Beechfield Road in Southwest Baltimore was “destroyed,” according to city officials, who said the cause was probably debris carried by the nearby Maidens Choice Run.

“Bypass pumps are operating to keep sewage out of the damaged line, but the stream is still very unstable,” DPW said in a news release today. “It is possible that debris has traveled down the pipe and is restricting flow.”

• A temporary construction road near Edmondson Avenue and Hilton Parkway collapsed, allowing debris to flow into the stream that then severed two sewer lines where they crossed the Gwynns Falls.

Roadway work at this location was disrupted, DPW reported. The city’s plan is using bypass pumps as the stream subsides in order to halt the overflow and begin restoration work.

In announcing the latest 10 million gallon sewage release, city officials stressed record-breaking amounts of rainwater as a cause.

But with the region already experiencing an increase in intense wet weather due to climate change, overflows of this magnitude are becoming commonplace.

For example, the city released 10 million gallons of sewage-laced stormwater into the Jones Falls during a single storm on May 27, according to a DPW report.

It wasn’t supposed to be this way – not according to the timetable set out by the consent decree the city signed 16 years ago with the Environmental Protection Agency (EPA) and Maryland Department of the Environment (MDE).

The city pledged to eliminate the practice of dumping sewage into waterways by December 31, 2015.

But with the city far behind schedule, EPA and MDE gave Baltimore four more years – until July 1, 2022 – to fix the overflow problem.

Officials say the city can meet the new deadline through $2 billion of planned improvements, including the “headworks project” at the Back River Wastewater Treatment Plant. That project is designed to allow DPW to pump and store excess sewage water for processing during periods of heavy storms. 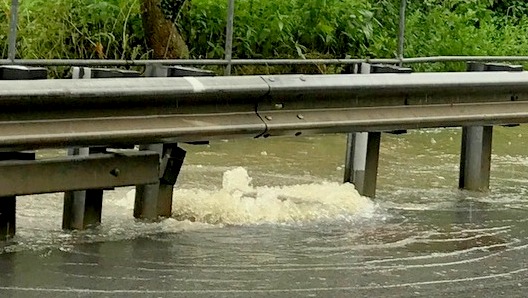