A federal lawsuit charging that the University of Maryland Baltimore County worked in concert with Baltimore County police and prosecutors to cover up sexual assaults has sparked a furious reaction among students and alumni, including calls for UMBC Police Chief Paul Dillon to resign.

“When students are here tomorrow it’s going to be crazy. Since this broke Friday, online it’s just been general outrage,” said Julia Arbutus, editor-in-chief of The Retriever, the student newspaper.

“There are fliers all over campus calling for Dillon to resign,” Arbutus said. “They were taken down, but more get put up, especially on the smoking shelter nearest to the police station.”

“As a UMBC alumn, I’m disgusted and infuriated,” Owen Silverman Andrews wrote on Twitter. “This is why we need a state-level Title IX compliance office and much more.”

“Following a report in The Baltimore Brew of the litigation. . . we are appalled and disgusted with the alleged inaction of Officer Dillon and the Campus Police,” wrote SGA President Collin Sullivan and Executive Vice President Vrinda Deshpande.

According to one allegation detailed in the complaint, Dillon persuaded a freshman who said she had been drugged – and woke up bleeding in a dormitory bathroom – not to report the assault to Baltimore County police.

The victim was thwarted in a second attempt to report the rape to county police when she learned that evidence from the rape kit examination she had submitted to had been destroyed because UMBC had misclassified the assault as “a suspicious condition.”

The incident is just one detail in a 56-page class-action suit that also describes an alleged 2017 gang rape of two Towson University students by three UMBC baseball team members that was covered up by county police, prosecutors and UMBC officials.

According to a story published yesterday in The Retriever, “athletic department officials were aware of the allegations against the players.”

“But despite this knowledge, they were allowed to participate in games anyway,” the Retriever reported, citing “a source affiliated with the athletic department.”

Spokeswoman Lisa Akchin said UMBC “does not take actions to remove students from educational or extracurricular activities unless and until there is a finding of responsibility.”

According to the lawsuit, the complaint by one of the victims, plaintiff Anna Borkowski, was “inexplicably closed” less than 24 hours after the assault.

County police later did interview the suspects – “together, at a Chick-fil-A.”

But ultimately, the prosecutor declined to prosecute, even though she acknowledged there was probable cause, the lawsuit says.

County police later did interview the suspects together at a Chick-Fil-A.

Student leaders Sullivan and Deshpande, in their letter to UMBC President Freeman A. Hrabowski, III, said the university had failed in its duty to protect all students in its handling of these and other reported rapes.

“No student should ever feel silenced, discouraged or unsafe,” they wrote.

Dillon, who has been a university system employee since 1987 and worked at UMBC since 2010, has not responded to several messages left with his office.

Students plan a campus protest on Monday at noon near the Commons building.

In a statement emailed Friday to students, faculty and alumni, University officials declined to address the specific charges.

“UMBC received notice this week of a civil lawsuit by two women alleging that the campus, Baltimore County Police, and others failed to properly respond to their reports of sexual assault in 2015 and 2017,” the statement signed by Hrabowski and Provost Philip Rous began.

“While it is not appropriate for us to comment on specific litigation, it is essential to state that our campus is committed to safety and respect for all people and takes matters related to sexual misconduct very seriously,” they wrote. 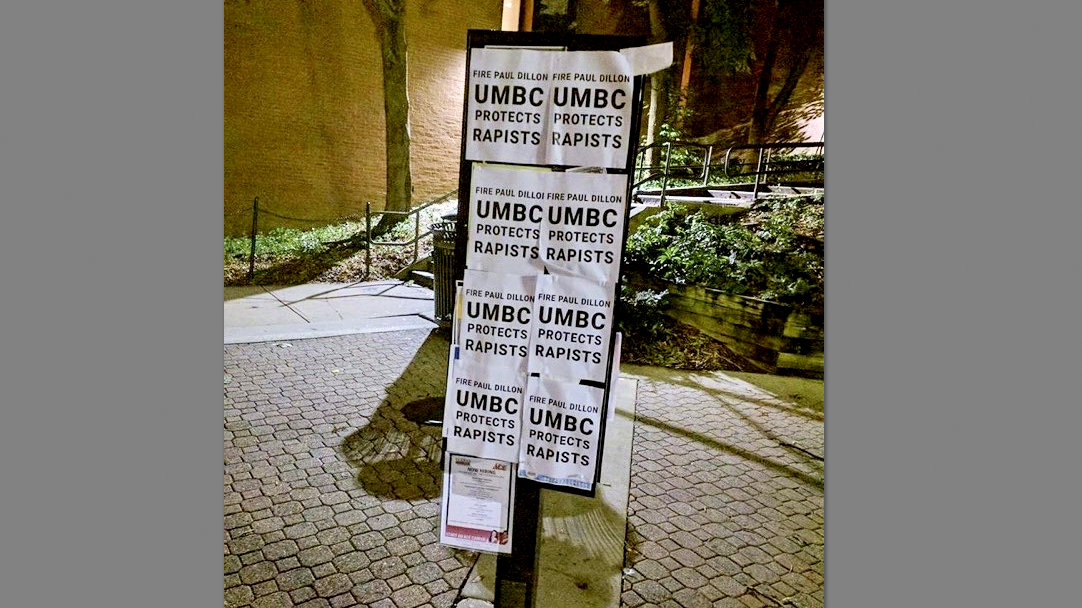 Defendants, in addition to Dillon, Shellenberger and UMBC, include Baltimore County, the Baltimore County Police Department, the Board of Regents for the University System of Maryland and a number of other individuals.

The complaint alleges a long-term pattern by the defendants of “unfounding” rape allegations, destroying rape kits as little as 30 days after the examinations, and mis-classifying rape reports as “suspicious circumstances.”

The seminar “is designed to continue to build our capacity to support all UMBC community members affected by sexual misconduct,” their statement said.

Like dozens of other U.S. colleges and universities, UMBC has been under scrutiny in recent years for its handling of sexual assault under the Title IX gender equity law.

In 2016, the U.S. Department of Education investigated its UMBC’s handling of rape reports after an attorney filed a complaint charging the university with improperly responding to a student’s case.

The alleged victim was “drugged without her knowledge and subjected to a particularly violent sexual attack, which left her with significant bruises, bite marks, and other injuries on her body,” her attorney said at the time.

Akchin said UMBC “has not received notice of a determination from the Federal Office for Civil Rights” in that case.

In another incident the previous year, UMBC expelled two students for violating the student code of conduct after an investigation into the 2014 sexual assault of another student.

No one was criminally charged in the case and county police said there was not enough evidence a crime occurred.