It was a rainy night in southwest Baltimore, but about 40 people turned out for a free class on how to save someone from an opioid overdose using the rescue drug, naloxone.

Their rapt attention and sharp questions suggested many had seen – or expected to confront – someone in danger of dying before their eyes from an overdose.

“The blue-gray coloration, can you talk about to what extent that applies to people who aren’t white,” asked a woman toward the back of the room.

The question was fielded by Harriet Smith, of the Baltimore Harm Reduction Coalition, who was leading the discussion.

It was one of many details discussed in the SPARC Women’s Center in Pigtown on Friday by people who shared a common goal – lessening the dire impact of the opioid epidemic that has gripped Baltimore and so many communities across the country.

One close call – “the ambulance did not come, just the police” – made her realize she might someday be someone’s only chance of survival.

Her goal in attending the session was “to understand a little more about the science of how it works, of how to talk to 911,” said the woman, who spoke afterwards with The Brew and asked that her name not be used.

“I feel like I had the ideas and beliefs,” she said. “But I needed the know-how.”

The class was held as part of the Overdose Education and Naloxone Distribution program, which is authorized by the Maryland Department of Health and Mental Hygiene to provide free response training to potential witnesses of opioid-related overdoses.

Attendees who complete the training receive two free doses of naloxone (also known as Narcan) and a certificate.

Smith said her group is working to hold public training sessions once a month, but members are happy to train any group that reaches out to them.

Through June of this year, 483 people died from overdoses in Baltimore.

The Baltimore Harm Reduction Center has held these sessions in various locations across the city under the auspices of neighborhood associations, drop-in centers, churches, mosques as well as at the center operated on Washington Boulevard by SPARC, which stands for Sex Workers Promoting Activism, Risk Reduction and Community Mobilization.

(The center was founded by a researcher at the Johns Hopkins Bloomberg School of Public Health and is funded by the National Institute on Drug Abuse.)

“We have trained people who are case managers, people who do street outreach,” Smith said, encouraging those interested to check the schedule on their website or Facebook page. “Really, we’d like to come to where ever folks want us.”

With opioid-related deaths in Baltimore greatly exceeding the number of homicides, their work is urgent and growing more so.

Statewide, opioid-related overdose deaths rose nearly 15% in the first half of the year, according to the Maryland officials.

The increase was even sharper in Baltimore. Through June of this year, 483 people died from overdoses in the city, up 22% from the previous year.

Addressing the group in Pigtown, Smith said the Harm Reduction Coalition aims not only to provide a service, but to create a culture shift in the face of “a very unjust system.”

“We work to mobilize community members to advocate for the health, dignity, safety and respect of people targeted by the war on drugs and anti-sex worker policies,” she said.

One thing Smith made clear was that all people who are dependent on substances are not treated the same. Race is a big factor in whether addiction is seen as a choice or as a disease.

“When illicit drug use was seen as a specifically black and city-based issue, we had more criminalization and more talk of ‘lock them up longer,’” she observed.

“Now that the face of the opioid overdose epidemic is largely white and suburban, even rural, we’re saying, ‘Oh, we have to rethink that.’”

A big factor in whether drug addiction is viewed as a choice or a disease: Race.

Citing statistics that show it usually takes habitual opioid users eight tries to get and stay clean, Smith denounced policies that criminalize paraphernalia like syringes or require identification and health insurance to get methadone.

“Why make that harder for people to take a slightly safer route with their drug use?” she asked.

What to do in the Moment

Moving deeper into the discussion, Smith noted that the risk is not death alone – opioid overdoses can also result in severe brain damage or traumatic brain injuries.

Opioids bind to the receptors in the brain that make you not feel pain. That makes a person feel good, but also slows down the central nervous system – and that can slow breathing.

“Slowing down your breathing is not the end of the world, but slowing it down too much can be,” she said.

Add this to the influence of fentanyl, a synthetic drug that, mixed with opioids, is about 50 times stronger and much faster-acting than heroin.

“We are now hearing reports of people overdosing before they even finished their injection habits,” Smith said.

People in an opioid overdose can sometimes appear to be sleeping, the group learned. They can be cold or clammy with shallow breathing or a “death rattle.”

“We are now hearing reports of people overdosing before they even finished their injection habits”  – Harriet Smith.

Smith said there are several things that people should do when responding to a possible opioid overdose:

• Rouse and stimulate the person.

• Call 911. (You do not have to mention drugs, just report what you have observed.)

• Administer naloxone through a large muscle area like the upper arm or thigh, perform rescue breathing, and continue to evaluate and care for the person.

(Another form of naloxone can be administered by being sprayed up the nose.)

Attendees had to fill out paperwork that asked them to give their name and zip code and to select from a number of reasons why they came to the session.

At the end of the talk, they left not only knowing more about the opioid crisis, but with something else:

A small packet with two needles and two vials of the injectable form of the overdose drug. 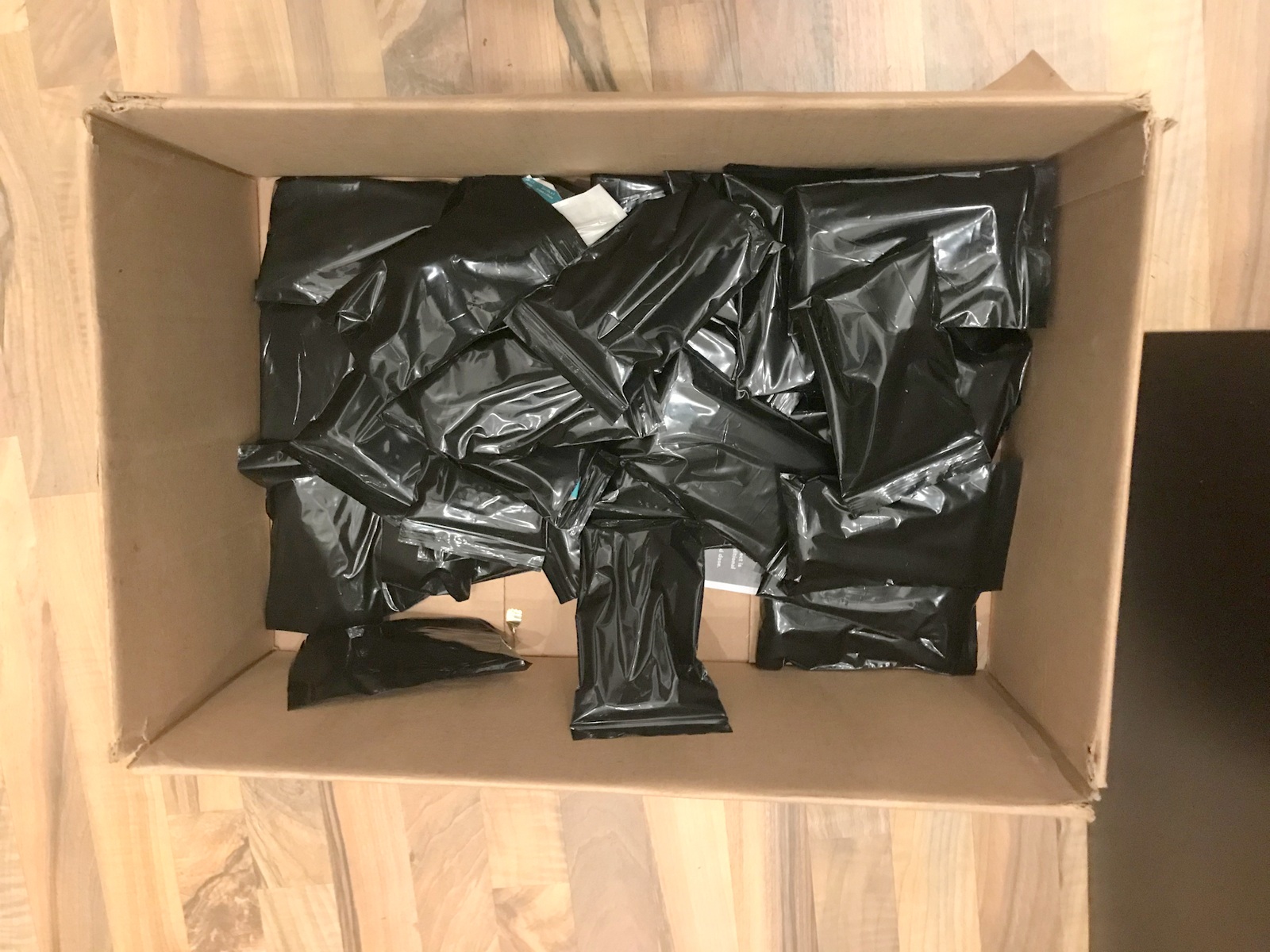