Mission: To mollify citizens angered by the failure of a second railway retaining wall in their Charles Village neighborhood in four years.

Approach: Pledge to do better. “You’re going to see a difference,” said Department of Transportation Director Michelle Pourciau. “We’re going to engage with you. We’re putting in place a robust program.”

The verdict: “About 40% of our questions were answered, kinda, sort of – and 60% dodged,” resident Marshall Sherer said.

Last night’s charm offensive by city officials, held at the Margaret Brent Elementary/Middle School (itself half a block from the ruined wall), was long on promises and short on information about the November 26 incident.

Muhammed Khalid, deputy DOT director, said no one is “100% sure” why a portion of 26th Street, between Calvert Street and Guilford Avenue, buckled and bowed that morning.

An educated guess, he said, was that hydrostatic pressure from recent heavy rains, combined with eroded soil under the street, caused the sidewalk to sink and shift against the wall, loosening it from its moorings and pushing toward the CSX line below. 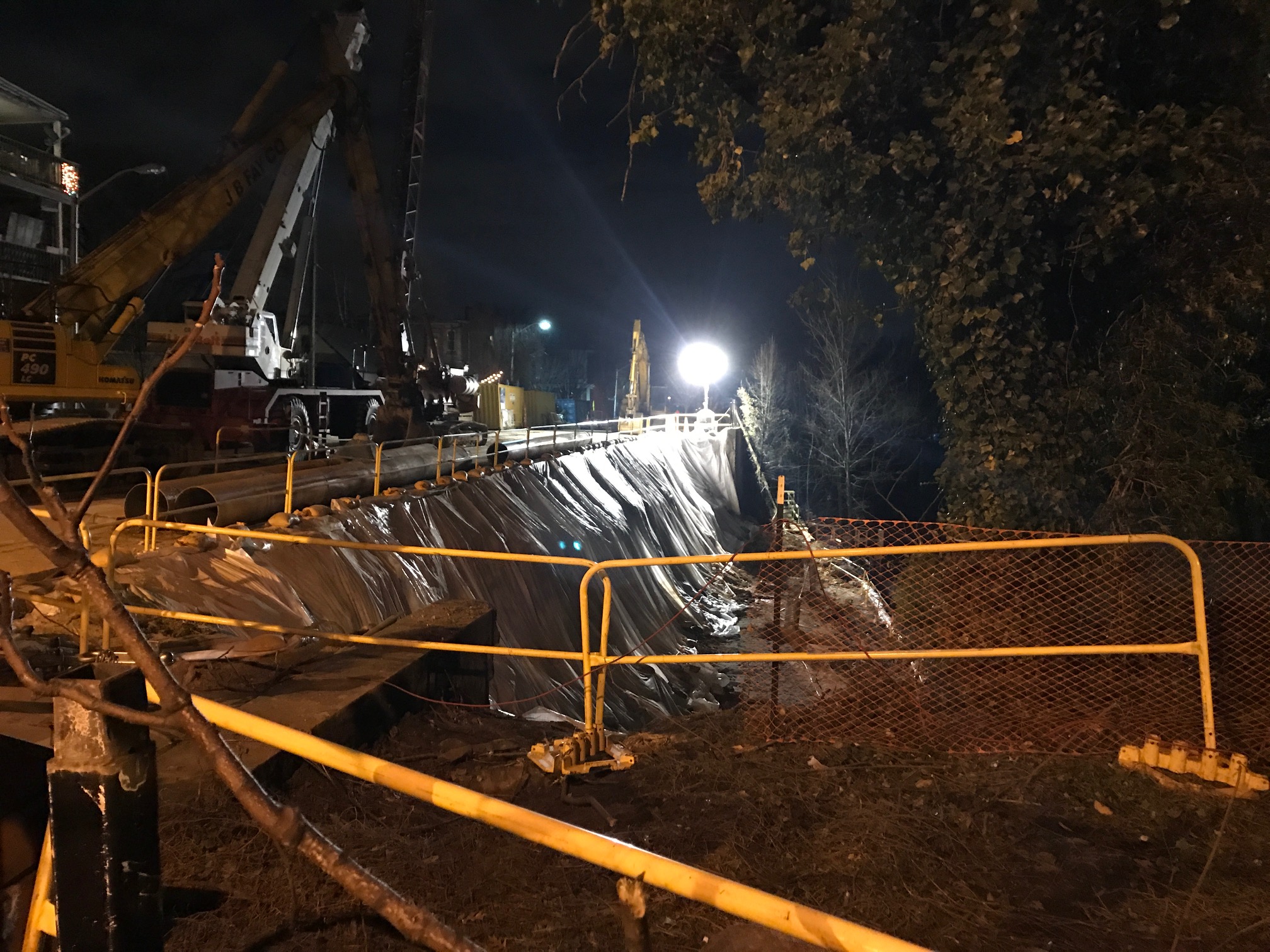 The soil behind the failed wall has been stabilized. A new wall is expected to be completed by next summer. Here was the construction site last night. (Mark Reutter)

Regarding the ownership of the failed wall, Khalid said there is still no certainty. Old maps indicate that CSX and the city own portions of the property.

Earlier, CSX officials told The Brew that the failed “upper wall” was on city land, while a lower wall built along the railway held up against the strain.

At last night’s “progress” meeting, DOT said that both walls showed signs of failure and both will have to be substantially rebuilt at a cost still too early to determine.

Pourciau said a consultant is working up a new design for the walls, while Khalid said the rebuilding effort will take until the summer of 2019 to finish.

Regarding the critical question of whether DOT had fulfilled its promise, memorialized in a signed agreement, to inspect all 26th Street walls after a similar structure collapsed near Charles Street, Khalid said that GPR (ground penetration radar) tests were performed and “no significant anomalies” were found in the walls.

The Brew has requested a copy of the tests and subsequent inspection reports under the Maryland Public Information Act.

Last week, a city lawyer said the agency would not act on the request within the 10-day time frame because of “the scope of your request [and] the type and volume of potentially responsive records.”

“In any event,” lawyer Khadeja Farahmand wrote, “we will respond to your request within 30 days.”

Last night, Jordan Steele, a resident of Calvert Street, also asked for a list of all inspections done since 2014.

Pourciau said her office would handle his request through the PIA process. 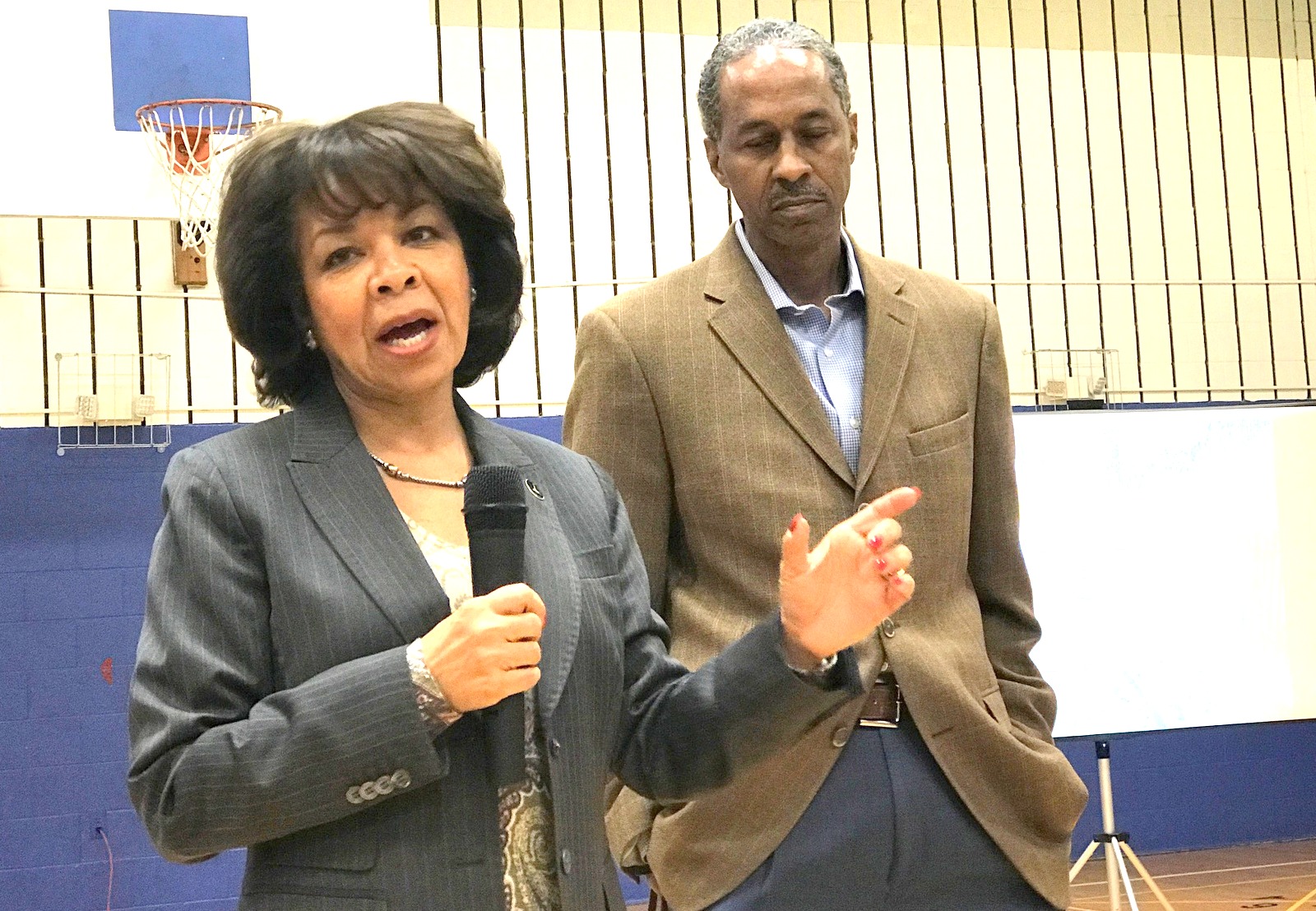 According to CSX vice president Brian Hammock, the railway does weekly inspections on the line that runs below 26th Street in a series of tunnels and cuts between Howard Street and Greenmount Avenue.

Hammock credited a track supervisor with detecting a shift in the retaining wall on November 26. He said he alerted Frank Murphy, a senior DOT official, and soon city and CSX personnel were on the scene.

“We were there quickly. We took the wall down instead of having it collapse like it did so dramatically” two blocks to the west in 2014, Hammock said.

Earlier in the meeting, Councilman Robert Stokes credited a constituent and himself with averting disaster.

He said he had received an email that same morning about the sidewalk shifting and buckling. “Without this email, it might have been worse,” he told the audience.

“Is the mayor aware that the Inner Harbor isn’t the entire city?”

Saying she was sure the mayor visits the area, Pourciau went on to stress that infrastructure at the Inner Harbor is also getting old and in need of capital improvements.

Her office, she said, is setting up an asset management program to inspect and assess infrastructure around the city.

“We are very challenged with the infrastructure, trying to put in place a system to help us manage what’s out there,” she stressed. 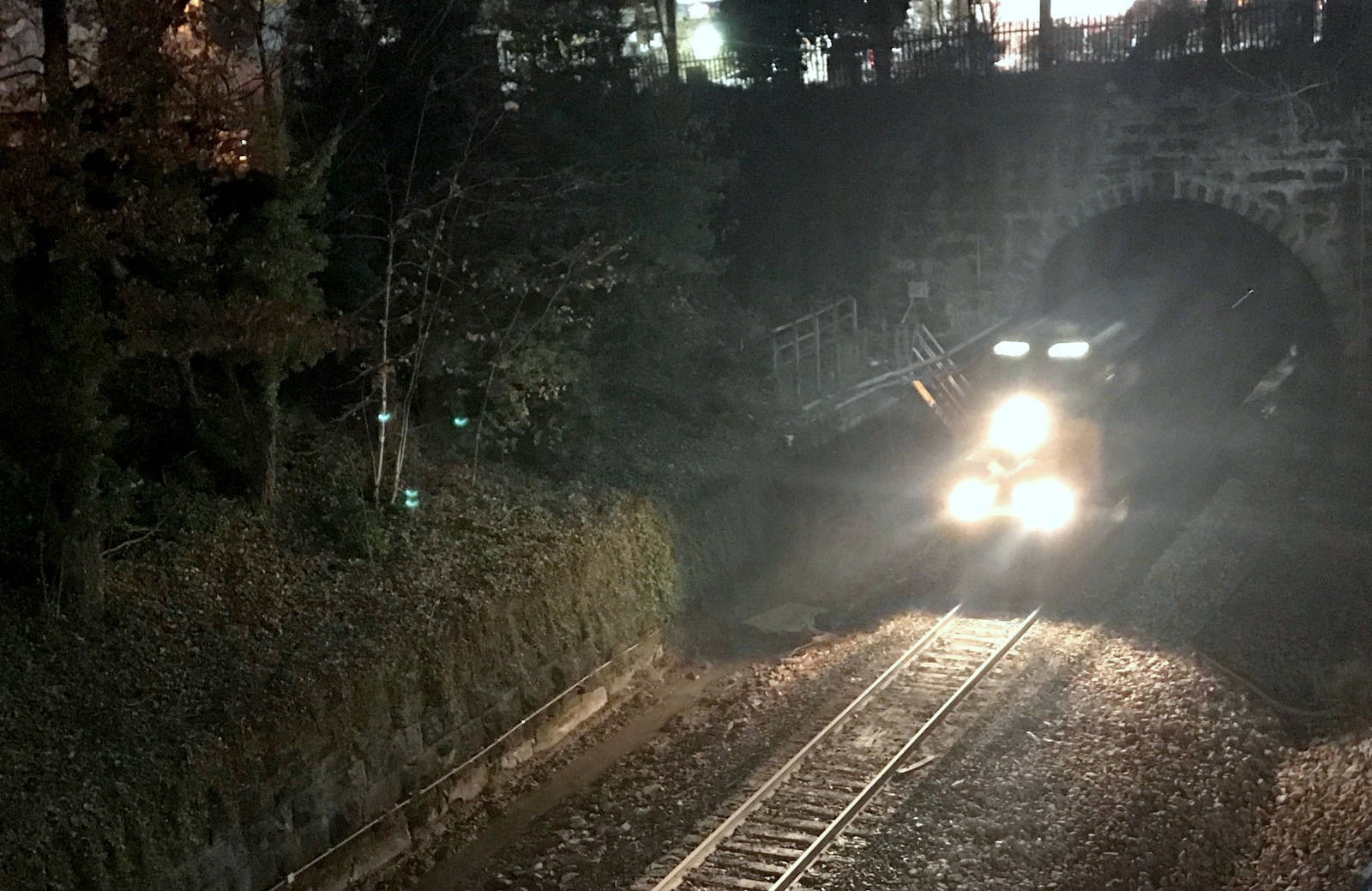 A CSX freight train charges through the cut near Margaret Brent School last night. The mainline, which serves the port of Baltimore and traffic to Philadelphia and New York, was reopened within 15 hours after emergency excavation had stabilized the damaged wall. (Mark Reutter)