Since the summer, Baltimore residents opening their monthly missive from the Public Works department have found something more than another water bill to pay – the smiling face of Mayor Catherine Pugh.

Pugh is pictured prominently at the top of a glossy one-page newsletter with short blurbs on her administration’s activities.

The December issue has seven blurbs in all – “Broadway Market Reopening,” for example, and “Honoring Our Veterans” – each one featuring a photo that includes the mayor.

Irritated by the practice, one city resident inquired about the cost of the newsletter under the Maryland Public Information Act and has publicized the answer on social media.

“The pro-rated annual cost of the newsletter is $63,346,” the resident was told, a figure the mayor’s office confirmed to The Brew.

“That’s roughly the cost of a teacher’s salary,” groused the resident. “All to fund what’s essentially campaign materials for the mayor.”

She asked that her name not be used in this article. 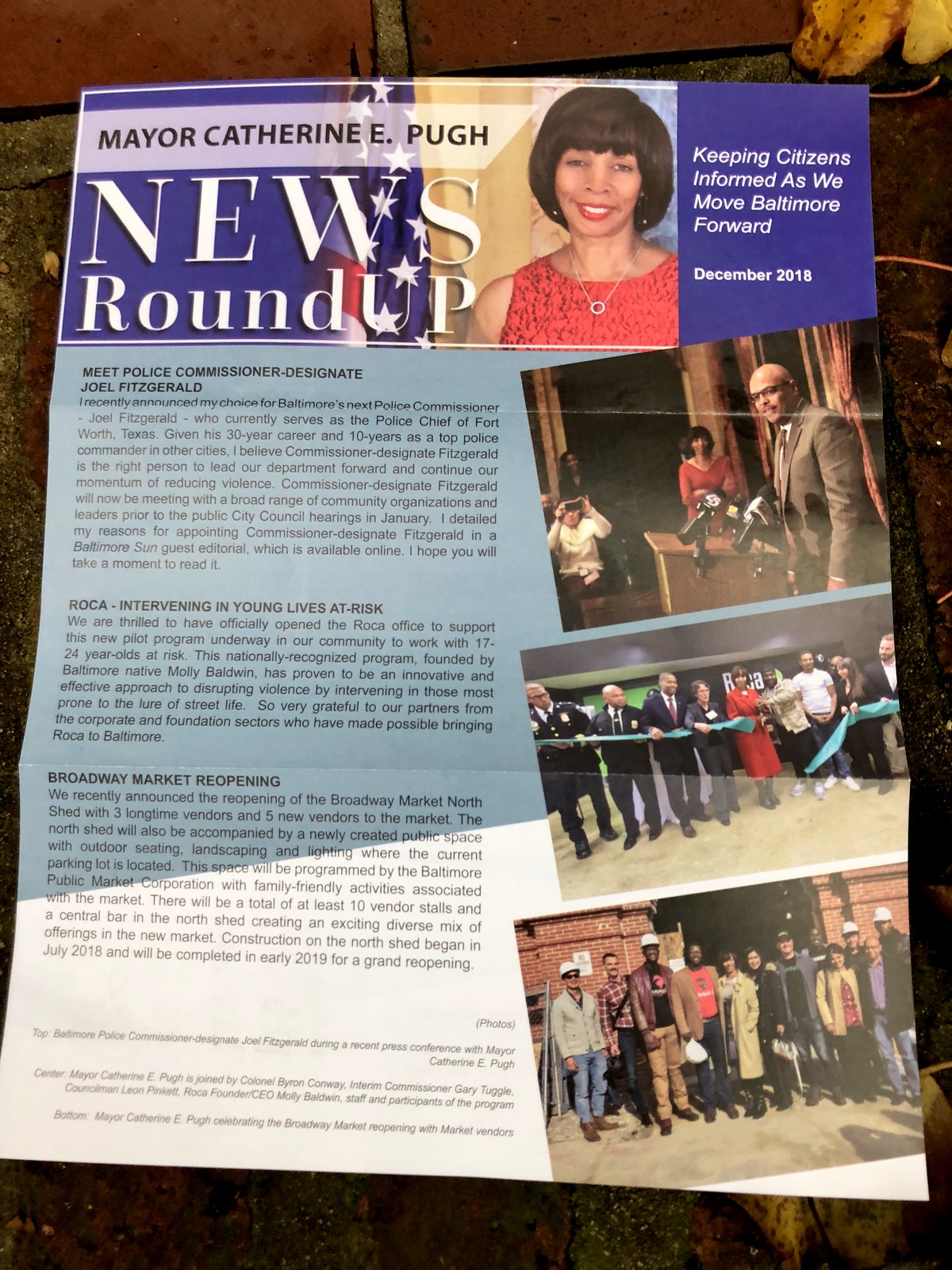 Mayor Pugh is featured in eight photographs in the December NEWS RoundUP.

A spokesman for Pugh said he saw those critical remarks on Facebook and was baffled by them.

Bentley said the newsletter was intended to disseminate useful information, including upcoming events like the Martin Luther King Jr. Parade. Putting it in the water bills of local citizens “was just a way to target most residents of the city,” Bentley said.

There are, according to Department of Public Works records, about 190,000 residential water and wastewater customers in the city – nearly all of them potential future voters. 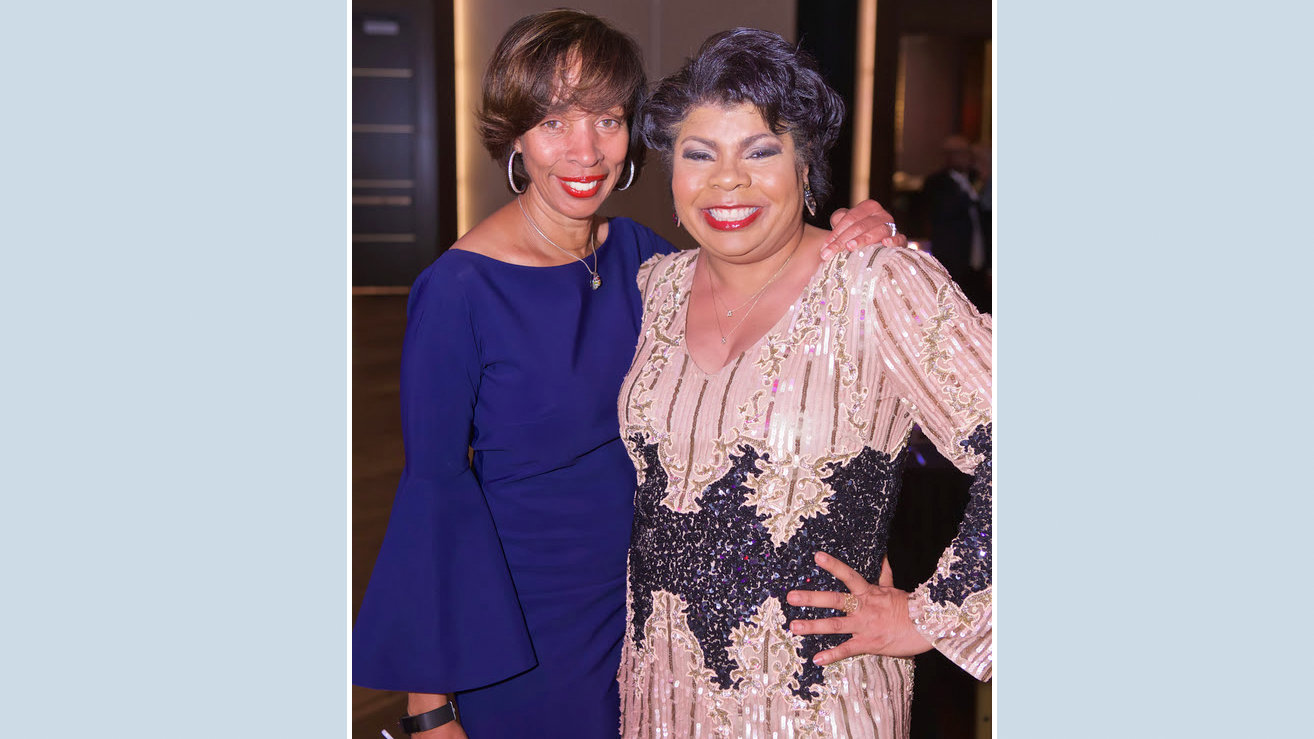 Some citizens complained in 2010 when the agency replaced the calendar with a postcard detailing recycling rules. Then-DPW director David Scott said the move was an effort to be more environmentally responsible.

“It was a 44-page calendar,” spokesman Robert Murrow told City Paper at the time. “That’s a lot of paper and even though it’s recycled paper, we’re trying to reduce our carbon footprint.”

Plus, postcards were cheaper.

“What I hear most as press secretary is ‘What is she doing? What’s going on? Why weren’t we told?’” Bentley said. “This is our answer to that.”

These days under DPW director Rudy Chow, the calendar is back and brimming with a year’s worth of factoids, as well as photos of Chow and Pugh. 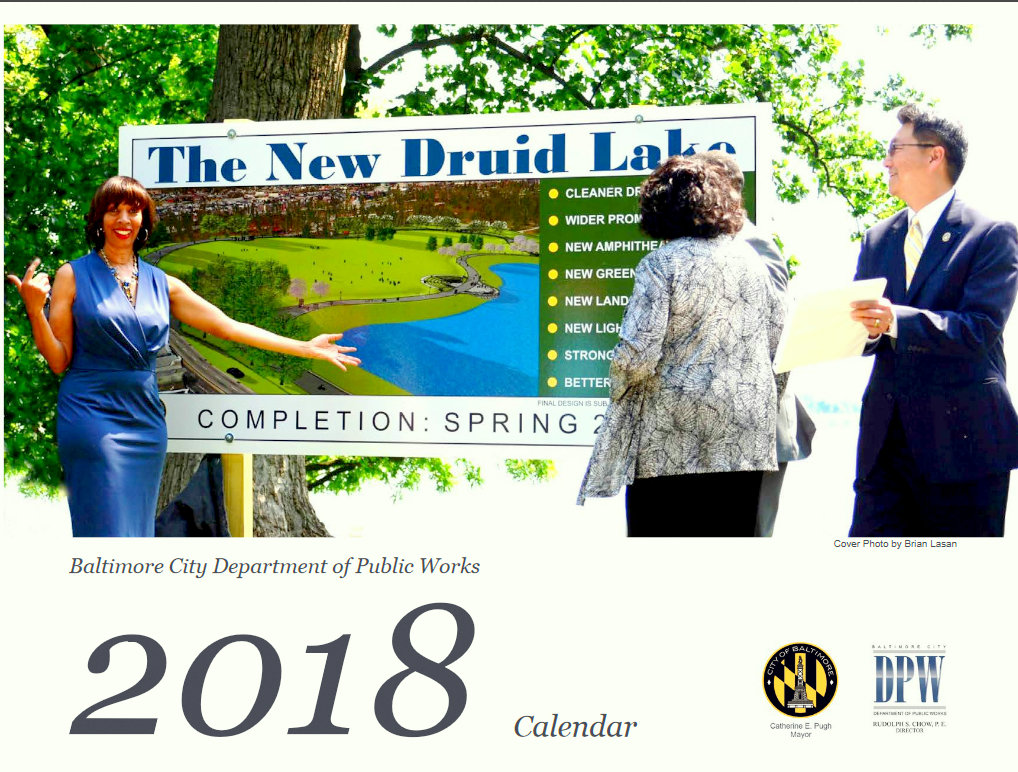 Unwelcome in her Inbox

In addition to the paper copy of the the mayor’s NEWS RoundUP, there’s an online version as well.

Seeing that email, unbidden, in her inbox was also an irritant to the citizen who submitted the PIA. And stopping the mayoral eblast from coming, it turned out, was no easy task.

“It forces you to log in to unsubscribe,” she said. “I never even had a login to begin with, so I had to make one in order to unsubscribe.” 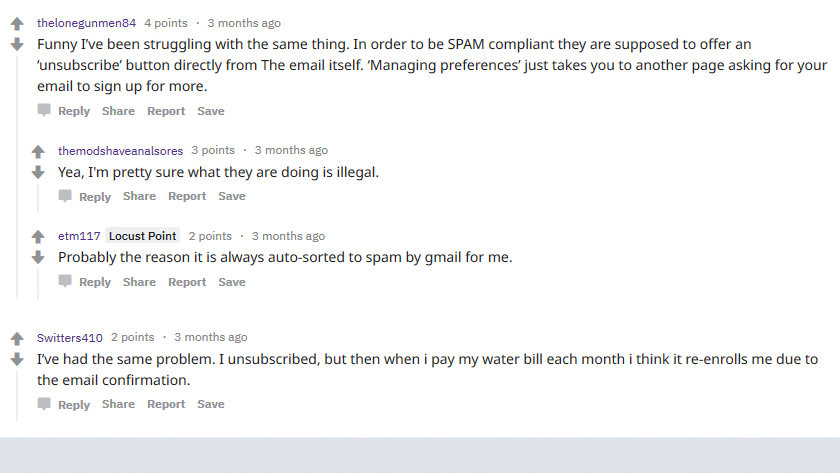 From a Reddit discussion of how to unsubscribe from Mayor Pugh’s emails.

Bentley said he wasn’t sure how the woman’s email would have been obtained.

“She must have reached out to city government to ask for something,” he said. “These are not automatic. People, like the media, ask to receive them.”

Should recipients open them, these emails are full of grip-and-grin photos featuring hard hats and giant scissors; in fact, there are many more photos because the online version, as Bentley points out, has no space limitations.

Photos show Pugh posing with radio reporter and CNN commentator April Ryan, walking through Sandtown as part of her Violence Reduction Initiative, and cutting a cake for Baltimore’s 289th birthday. 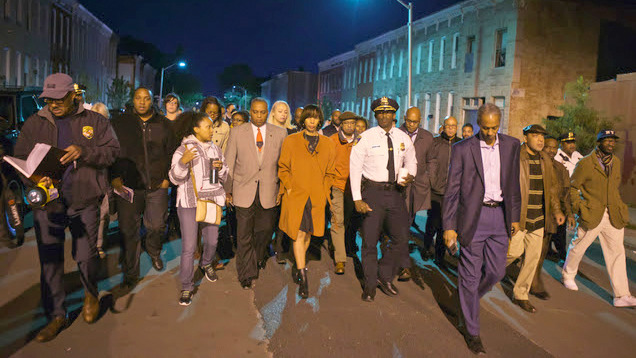 October 17, 2018: a mayoral visit to the 1600 block of North Caroline Street with police and community leaders.

Also included at the end of the emailed newsletter is a link to another Pugh administration production – a weekly video called ICYMI (In Case You Missed It), in which the mayor talks about her activities of the past week.

The resident reiterated her reasons for objecting to both versions of the newsletter, calling them “basically campaign propaganda.”

In response, Bentley said, “let her know that is not the case” and observed that one person’s junk mail is another person’s transparency in government.

“What I hear most as press secretary is ‘What is she doing? What’s going on? Why weren’t we told?’” he said. “This is our answer to that.” 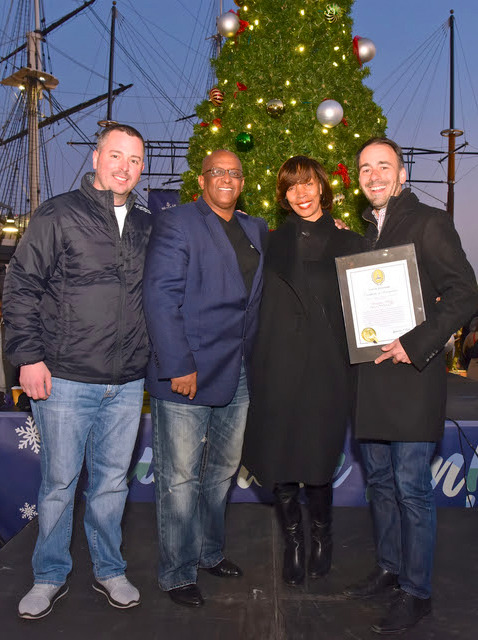